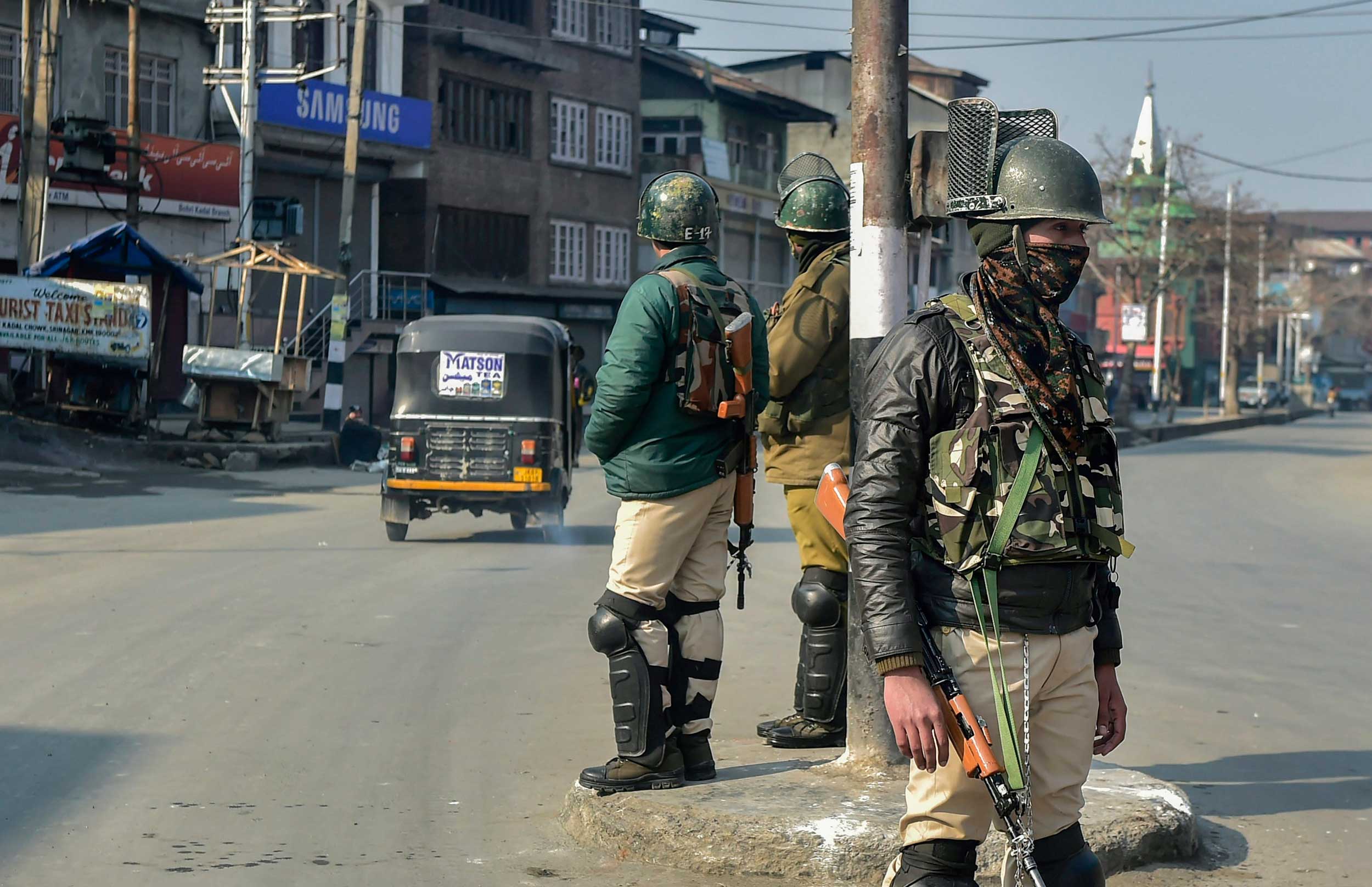 The army has vowed to foil a march called by the Hurriyat Conference to the force’s Valley headquarters against the latest civilian killings in Kashmir as it braced for a showdown with separatist-backed protesters on Monday.

An army spokesperson said the force would thwart all such “evil attempts of the terrorist-separatist-Pakistan nexus to pit the civilian population against security forces”.

Sunday’s tough talk came a day after seven civilians died and dozens were injured in Sirnoo village in Pulwama, south Kashmir, when security forces fired on an unruly mob that had swarmed the streets to protest the death of three militants in a gunfight that broke out early in the morning. A soldier also died in the encounter.

The separatists have called upon people to march towards the army’s 15 corps headquarters in Srinagar, asking them to chant “kill all of us (Kashmiris) at one time rather than killing us daily”. They have also called a three-day shutdown.

Protesters from some pro-India groups like the National Conference took to the streets on Sunday as the situation remained tense although largely under control.

Security forces have in the past prevented separatist marches to areas like the city centre by putting in place tough restrictions but this time they have gone public with their pledge to thwart such attempts while urging people not to heed the call of the separatists.

“The public is once again advised not to pay heed to this misleading call by the JRL (Joint Resistance Leadership of the separatist trio of Syed Ali Shah Geelani, Mirwaiz Umar Farooq and Yasin Malik),” the army spokesperson said.

The army justified killing the militants during Saturday’s encounter but expressed pain over the civilian deaths, saying it makes every attempt to avoid civilian losses during gunfights.

Police sources said they were arresting leaders expected to lead Monday’s march and all routes leading to the army headquarters would be sealed.

The killings have enraged both pro- and anti-India groups in the Valley, with leaders like Omar Abdullah of the National Conference calling it a massacre.

He said the forces enjoy the shield of the “blackest of all laws” like the AFSPA, which gives the armed forces sweeping powers.

The seven civilians killed on Saturday include two school-going students and two parents.