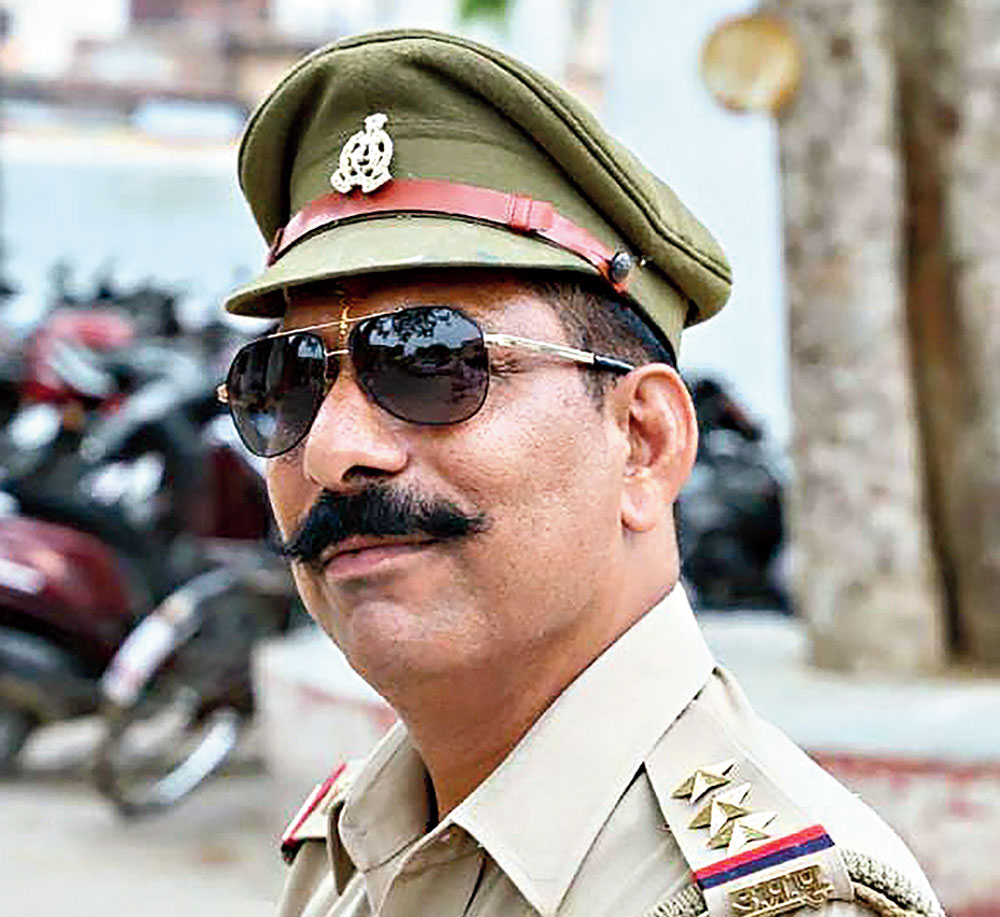 An Uttar Pradesh police team has left for Jammu and Kashmir to arrest army jawan Jitendra Malik aka Jeetu Fauzi, whose name appears in an FIR on Monday’s violence linked to alleged cow slaughter in Bulandshahr district in which police inspector Subodh Kumar Singh was killed.

Police said Jeetu, 22, was visiting his home in Mahav village but left for his 22 Rashtriya Rifles unit in Sopore after the violence.

Officials in Srinagar said Jeetu had been detained by his unit after the Uttar Pradesh police approached the army’s Udhampur-based Northern Command headquarters for his custody. Sources at the army headquarters in New Delhi confirmed this.

General Bipin Rawat, the army chief, has said the army “will fully cooperate with the police” in the investigation.

“If there is some evidence and the police feel they suspect him, we will produce him before them,” Rawat has been quoted as saying.

Subodh and a 20-year-old undergraduate student, Sumit Kumar, were killed when a crowd of Sangh parivar supporters and others attacked the police after the carcasses of 25 cows were found in a field in Mahav village.

An army officer in Jammu said Jeetu had told his superiors that he and 30 others had gone to the police station to register an FIR against cow slaughter but left after the violence broke out.

“He has told his commander that he was not at the spot where the police inspector was shot dead,” the officer said.

A senior Uttar Pradesh police officer told The Telegraph: “A police team is in Jammu and Kashmir to bring him back to Lucknow. The special investigation team formed to probe the case can ascertain his role only after a thorough interrogation.”

Jeetu is the 11th accused named in the FIR, lodged at Syana police station, and would become the 10th suspect to be arrested once the army hands him over to the police. Yogesh Raj, the Bulandshahr district convener of the Bajrang Dal who is accused of inciting the crowd, is still on the run.

Officers said they had identified Jeetu after examining video footage and questioning eyewitnesses.

Jeetu’s family has told the police he returned to Jammu on Monday afternoon, after the violence. His elder brother is also in the army. Jeetu’s mother claimed he was in Kargil.

“Jeetu is in Kargil and if any evidence emerges showing he killed the policeman, I shall kill myself,” she told reporters. “I’m not so heartless; I’m equally pained by the death of the policeman.”

She accused policemen of harassing her family and raiding their home at night and ransacking it.

It shifted out two other policemen: Syana circle officer Satya Prakash Sharma and Suresh Kumar, officer in charge of the nearby Chingravati police post.

Sources said the additional director-general (intelligence), S.B. Shiradkar, had in his report to the state government on Friday blamed “intelligence failure” for the incident. The transfers are understood to be in line with his findings on the police handling of the situation.

“The report said the violence was planned and executed amid an intelligence failure that left the police bereft of ground-level information and caused them to be outnumbered. It led to the fatal attack on inspector Subodh Kumar Singh,” a senior officer said.

The alleged involvement of a soldier in Subodh’s killing has left the army red-faced. Senior army officers in Srinagar were tight-lipped about the development.

A senior police officer in the Valley said the Uttar Pradesh police seemed to have directly approached the army and not kept Jammu and Kashmir police in the loop.

Adityanath has come under fire for terming Subodh’s murder an “accident” and claiming that lynchings do not take place in Uttar Pradesh.

“There is no mob lynching in Uttar Pradesh. The incident in Bulandshahr was an accident. The guilty will not be spared,” he said on Friday.

Police sources said a video had surfaced suggesting Sumit, initially described as a bystander, may have been among those who threw stones at the police.