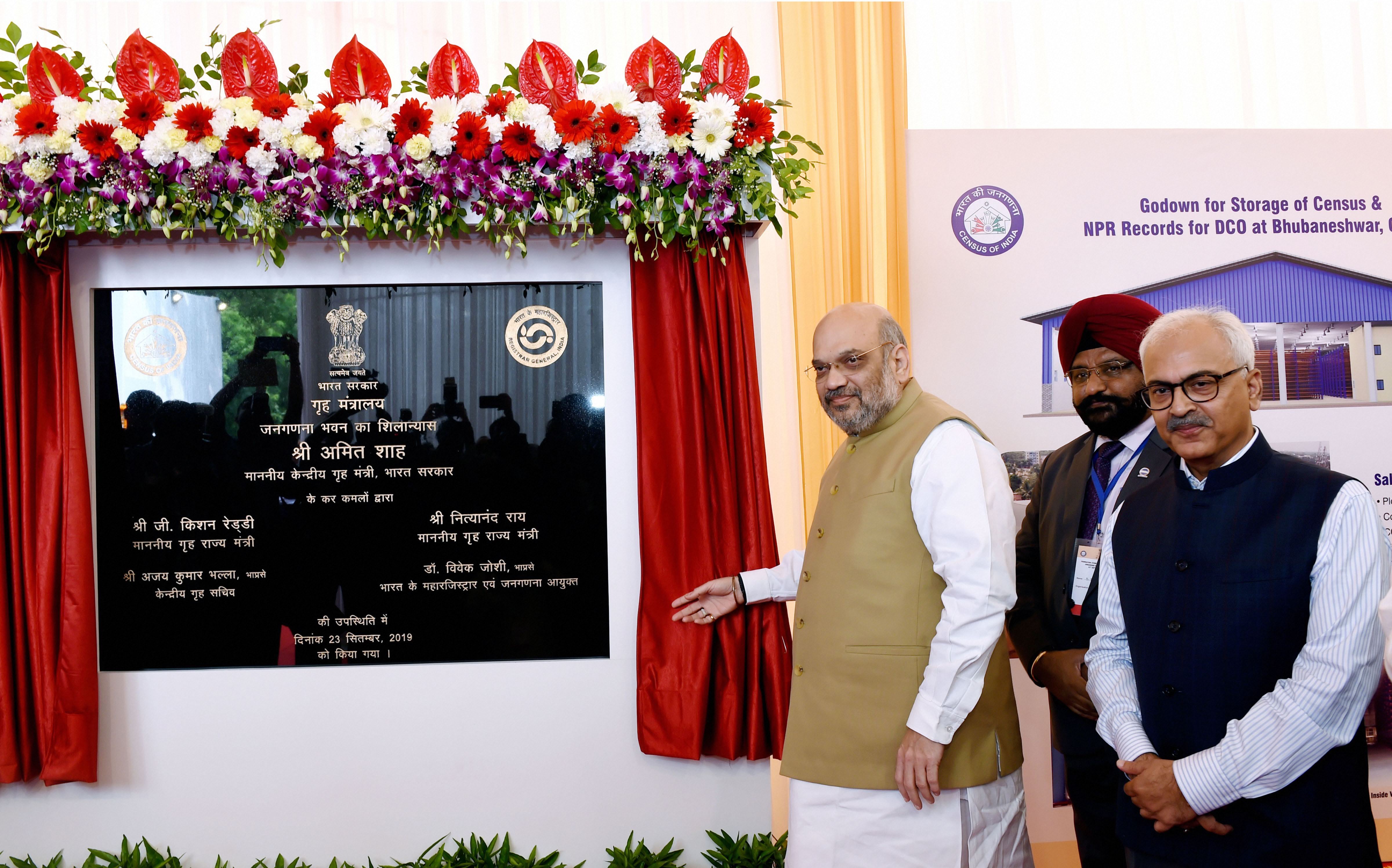 Union home minister Amit Shah on Monday mooted the idea of a multipurpose identity card for citizens with all utilities like Aadhaar, passport, driving licence and bank accounts.

The home minister also said a mobile app will be used for the first time in the 2021 census and the country would be moving from the pen and paper census to digital data, which will be a big revolution in the country's census exercise.

'Why can't we have just one card for all utilities like Aadhaar, passport, bank account, driving licence, and voter card. There should be a system that all data should be put together in a single card. This is a potential. That is why digital census is very important,' he said after laying the foundation stone of a new building of the Registrar General of India and Census Commissioner in New Delhi.

For the 2021 census, the reference date is October 1, 2020, for Jammu and Kashmir and snow-bound areas of Himachal Pradesh and Uttarakhand while for the rest of country, it is March 1, 2021.

Shah said the census 2021 data will be the base for the country's future planning, development initiatives and welfare schemes, and people's wholehearted participation is key to the success of the exercise.

'India's total 130 crore population should be informed about its benefits and how the census data could be used for future planning, development initiatives and welfare schemes. The utilisation of census data is multi-dimensional and will be a significant contribution in the nation's progress,' he said.

The home minister also said the census will help in demarcating boundaries of municipal wards, assembly and Lok Sabha constituencies.

He appealed to census officials to carry out the exercises sincerely as this is an opportunity for them to do 'Punya' (holy deed), which will help in the nation-building process.

Shah said earlier the government used to do welfare schemes on a piecemeal basis and no comprehensive planning was done by them.

Shah said on the basis of the 2011 Census, the Modi government had planned 22 welfare schemes related to electricity connection to every homes, gas connection, construction of roads, houses for the poor, toilets, bank accounts, opening of bank branch, etc.

He cited the example of the government's flagship 'Ujjwala' scheme of providing free LPG connections to poor families, saying it has been successful as the scheme was prepared on the basis of the 2011 census data.

'By 2022, there will not be a family which will not have a gas connection,' he said.

Shah also said the 2011 census reflected the poor sex ratio of male and female in some states. That's why the programme of 'Beti Bachao, Beti Padhao' was launched.

'Under this scheme, the Haryana government has done so much work in the last five years that the state's sex ratio is now among the best in the country,' he said.

'So, naturallly, India has limited natural resources in comparison to the population. Therefore, to fill up this gap of inequality, we will have to work hard,' he said.

Shah also said the data for the National Population Register (NPR), a list of usual residents of the country, will also be collected along with the census exercise.

Officials said NPR could be the basis for a pan-India version of Assam's National Register of Citizens.