Most transparency advocates would like to see the amendments dropped 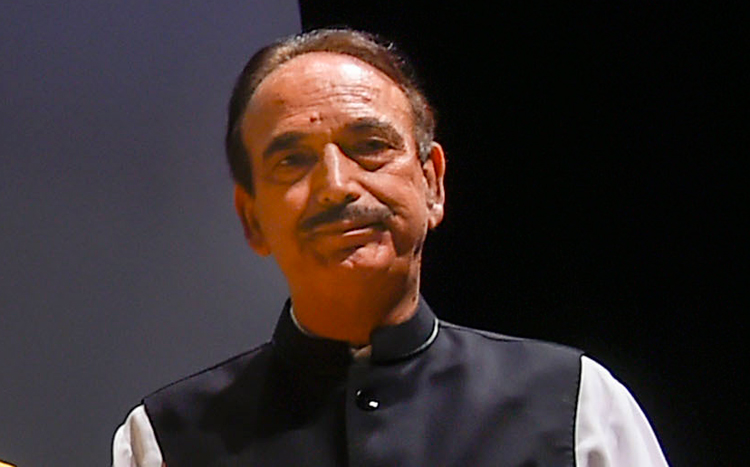 While most transparency advocates, including the former CICs and ICs, would like to see the amendments dropped, the best case scenario they are hoping for is a select committee reference so that there is wider and deeper consultations on the bill.

The bill was listed for consideration and passage in the Rajya Sabha on Wednesday afternoon but the government did not take it up. However, neither leader of the House Thawar Chand Gehlot nor junior parliamentary affairs minister V. Muraleedharan gave any assurance on referring the bill to a House select committee as demanded by the Opposition.

As the House reconvened post-lunch, leader of the Opposition Ghulam Nabi Azad said the RTI amendment bill should be sent to a select committee as the proposed changes involved diluting the powers of the state government. “As members of the Rajya Sabha, it is our duty to protect the rights of the states.”

Backing Azad’s demand, Trinamul’s Derek O’Brien said a number of parties represented in the House were of the same view. While the RTI bill has top priority right now because it is already listed, he cited six bills that the Opposition wants referred to a select committee.

At last count, 15 parties, including the usually unattached BJD, have signed up on a notice to refer the RTI bill to a select committee even as transparency advocates worked the phones to prepare members in anticipation of the discussion.

In an indication that the bill will be taken up for consideration on Thursday, the BJP and the Congress have issued whips to their members in the Rajya Sabha, asking them to be present in the House anticipating a vote on sending the bill to a standing committee.

Former CIC Wajahat Habibullah said the bill provided the government a leverage that it was not entitled to under the law.

Stating that “RTI strengthens governance, but not necessarily the government of the day”, he said the bill could end up violating the Prime Minister’s principle of cooperative federalism and “minimum government, maximum governance”.

“If the Prime Minister wants a Swachha Bharat (more than just clean spaces) and corruption-free India, RTI is the instrument to achieve it. Make it stronger, not weaker,” Habibullah said.

Deepak Sandhu, another former CIC, dwelt on the enabling power of the RTI law, pointing out that it was the product of a people’s movement that had not petered out.

Former IC Yashovardhan Azad said the current bill was certainly not the way forward. “Why is something that is functioning well being disturbed?” he asked, contesting the government’s claim that the RTI architecture cannot be put on the same platform as the Election Commission.

Shridhar Acharyulu, another IC, said: “If the RTI amendment itself is kept as top secret, what information will they give?” He was referring to the absence of pre-legislative consultation, adding that every citizen must oppose the bill.

One of his predecessors, Shailesh Gandhi, contested the government’s claim that the RTI law was made in haste and so an anomaly had crept in.

Referring to what the government claimed was an “anomaly” — keeping the salary structure of the CIC, IC and State CIC on a par with the Chief Election Commissioner and Election Commissioners — he said this was recommended by a parliamentary standing committee to ensure that their orders carry weight on the public authority.