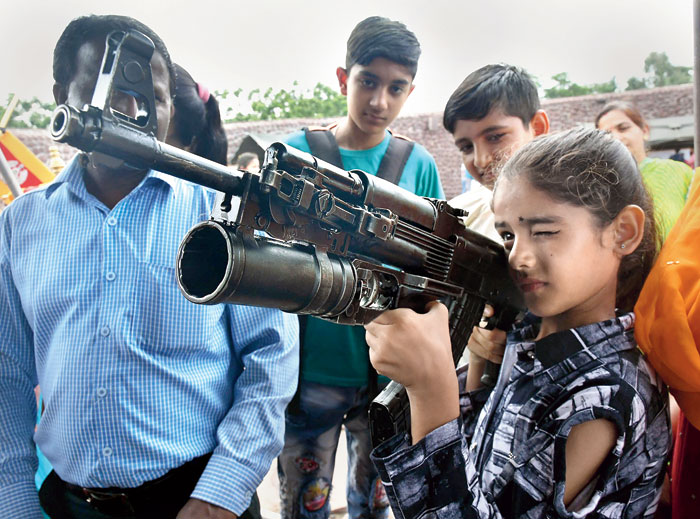 Punjab chief minister Captain Amarinder Singh on Friday promoted a Kargil war hero and former Indian Army soldier who had been working as a traffic constable after retirement.

After a newspaper reported on Friday about Satpal Singh, who had been awarded the Vir Chakra for bravery in the Kargil war, managing traffic at a road intersection in Bhawanigarh in Punjab’s Sangrur district, Amarinder, a former soldier himself, promptly promoted him to the post of assistant sub-inspector, two ranks above that of Satpal’s current position.

“Have promoted Vir Chakra awardee Satpal Singh of Kargil War from senior constable to ASI. He deserves special treatment, which previous Akali Dal government didn’t deem fit to give him at the time of his recruitment in 2010. This is the least we can do for our brave soldiers,” the Congress chief minister tweeted.

July 26 is the 20th anniversary of India’s victory in the Kargil war with Pakistan. Amarinder chose to refer to the treatment meted out to the decorated soldier during the Akali regime with obvious political purpose as the BJP never misses an opportunity to exploit the army’s sacrifices.

The BJP had been a partner in the Akali government in Punjab and the alliance is still in place.

Satpal was a sepoy in the army and killed Captain Karnal Sher Khan of the Northern Light Infantry of the Pakistani Army in the war. Khan had later been conferred the Nishan-e-Haider, Pakistan’s highest gallantry award. The encounter had taken place on the Tiger Hill. Satpal had been posted in the Drass sector during Operation Vijay and was part of the team that helped the Indian Army capture Tiger Hill.

After retiring the army in 2009, Satpal joined Punjab police.

The newspaper report quoted Satpal as saying: “Maybe I made a wrong decision. I did not get any weightage for my Vir Chakra. I joined under the ex-servicemen quota…. (Even) sportspersons winning medals are… given higher ranks…. I killed a man who was awarded Pakistan’s highest gallantry award. Anyway, God is kind. He kept me alive. I just feel bad for my unemployed post-graduate son.”