BJP has been struggling to expand the cabinet in Haryana 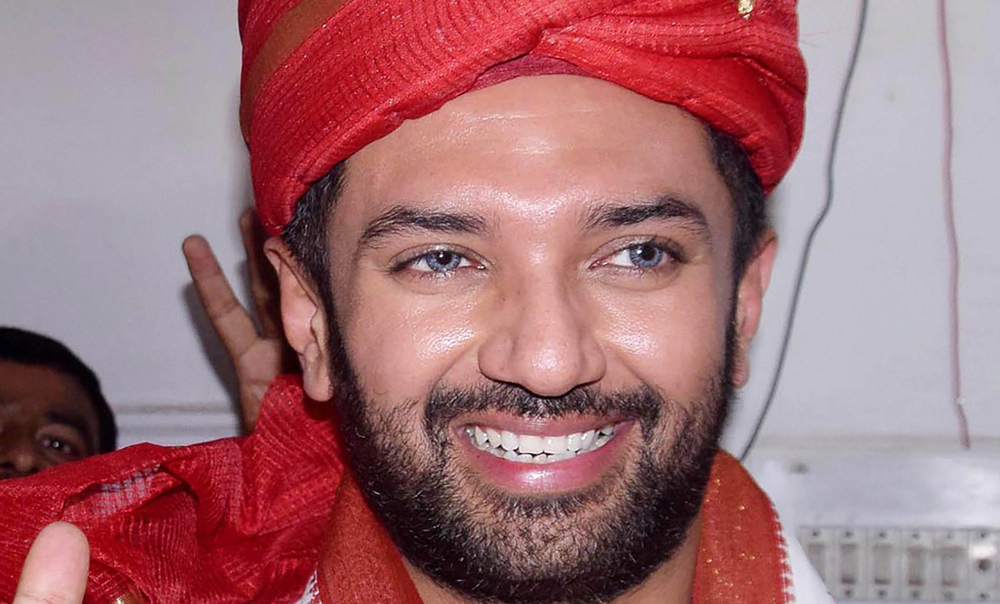 A day after the Shiv Sena walked out of the NDA, the Lok Janshakti Party of the Paswans on Tuesday announced that it would contest 50 seats in the upcoming Jharkhand Assembly polls, up from the one it had been allotted by the BJP last time.

The developments come at a time the BJP has been struggling to expand the cabinet in Haryana, amid demands of bigger shares from new ally Jannayak Janta Party and Independents supporting the government.

The seemingly audacious decision by the Sena, which had been the BJP’s oldest ally and ideological bedfellow, in Maharashtra appears to have lent some muscle to some of the saffron party’s allies and caused fears of more demands.

“The Lok Janshakti Party has decided it will contest 50 seats alone (in Jharkhand). The first list of party candidates will be announced this evening,” Chirag Paswan, the newly elected president of the LJP who has taken over from his father Ram Vilas Paswan, tweeted on Tuesday. The party later announced the first list of five candidates. Jharkhand has 81 seats.

The LJP had contested just one seat in alliance with the BJP and others in Jharkhand in 2014 and this time it had demanded six. With the BJP not agreeing, the LJP has decided to go it alone in Jharkhand, LJP sources said, pointing out that the party wants to expand under Chirag’s leadership.

Although the Bihar-based LJP doesn’t have much strength in neighbouring Jharkhand, the decision to go it alone is being seen as a reflection of the sudden change in the political landscape in the aftermath of the developments in Maharashtra. The LJP has 6 MPs, all from Bihar.

The LJP is not alone in trying to stand up to big brother BJP. The expansion of the Manohar Lal Khattar ministry in Haryana hasn’t taken place even after 16 days of government formation because of tough bargaining by the fledgling JJP and even Independents, sources said.

The Haryana Assembly elections had thrown up a split verdict. The BJP had emerged the single-largest party in the 90-member Assembly with 40 seats. Party chief Amit Shah swiftly courted JJP leader Dushyant Chautala, whose party won 10 seats, by offering him the deputy chief minister’s post. Chief minister Manohar Lal Khattar and Dushyant took oath on October 27 but no other minister has been sworn in so far.

“Allotting ministries was a sticky issue with a new ally and Independents trying to extract their pound of flesh, but we have finalised everything and soon the expansion will take place,” a BJP leader associated with Haryana affairs said.

BJP sources claimed that according to the agreement reached with Dushyant Chautala, the JJP was to get three berths, including the deputy chief minister’s post, but later Dushyant began demanding more. “We want to include some of the Independents in the government to make it more stable and not rely solely on the JJP,” a BJP leader said.

Insiders in the BJP claimed that according to the new agreement, the JJP could get three berths in addition to the deputy chief minister’s post, while two of the seven Independents would be made ministers.

Despite this, the BJP would be constantly in fear because Congress stalwart Bhupinder Singh Hooda is said to be eyeing to destabilise the Khattar government by trying to split the JJP as well as the Independents.

The Congress has 31 seats and defections can reduce the BJP government to a minority.