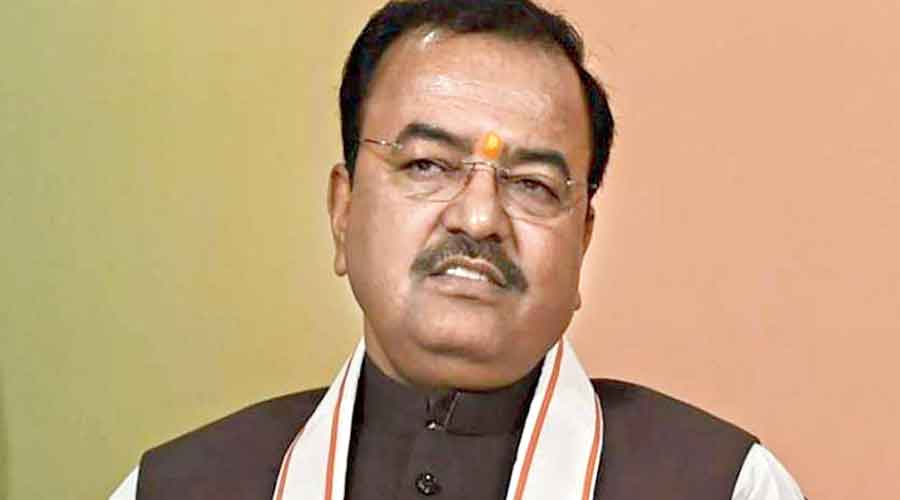 An Allahabad court has asked police to probe the authenticity of the academic certificates and mark sheets of Uttar Pradesh deputy chief minister Keshav Prasad Maurya following a forgery complaint from a BJP colleague.

Right to Information activist and district-level BJP functionary Diwakar Nath Tripathi had lodged a case with additional chief judicial magistrate Namrata Singh’s court seeking a directive to the police to file a forgery case against Maurya. The court has asked the police to submit an inquiry report before the next hearing on August 25.

“When Maurya filed his nomination for the Assembly elections from Allahabad West in 2007, he had furnished two mark sheets and an intermediate (Plus II) certificate from the Hindi Sahitya Sammelan, which is not recognised by any educational board,” Tripathi told The Telegraph. “Allahabad High Court and the Supreme Court had in the past ruled that the Sammelan’s degrees and certificates are not recognised.”

The Sammelan conducts intermediate courses in the Hindi language and literature. Its first and second-year courses are called Prathama and Dwitiya.

“Maurya contested Assembly elections from Allahabad West in 2007 and from Sirathu in 2014, the Lok Sabha elections from Phulpur in 2014, and the legislative council elections in 2017. Each time, his educational certificates were different. This indicates fraud,” Tripathi said.

“The enrolment number mentioned in Maurya’s mark sheet for Dwitiya is fake. According to the Sammelan’s records, one Manju Singh was enrolled against the same number.”

Maurya dismissed the case as “a politically motivated allegation before the Assembly elections” and hinted at a role by the Opposition.

Tripathi’s answer to the question why he had filed a case against a leader of his own party suggested a personal grudge.

“Maurya is bad-tempered.... I was in charge of the party membership drive in 2004 and inducted him into the BJP after the VHP had discarded him. He then began working against me,” he said.

“I was regional vice-president of the Kashi Prant of the BJP till two years ago before Maurya hatched a conspiracy to remove me. The Samajwadi Party government had provided me with police security but Maurya withdrew it. I won’t spare him.”