CM YS Jagan Mohan Reddy takes stock of relief measures; all the injured are out of danger 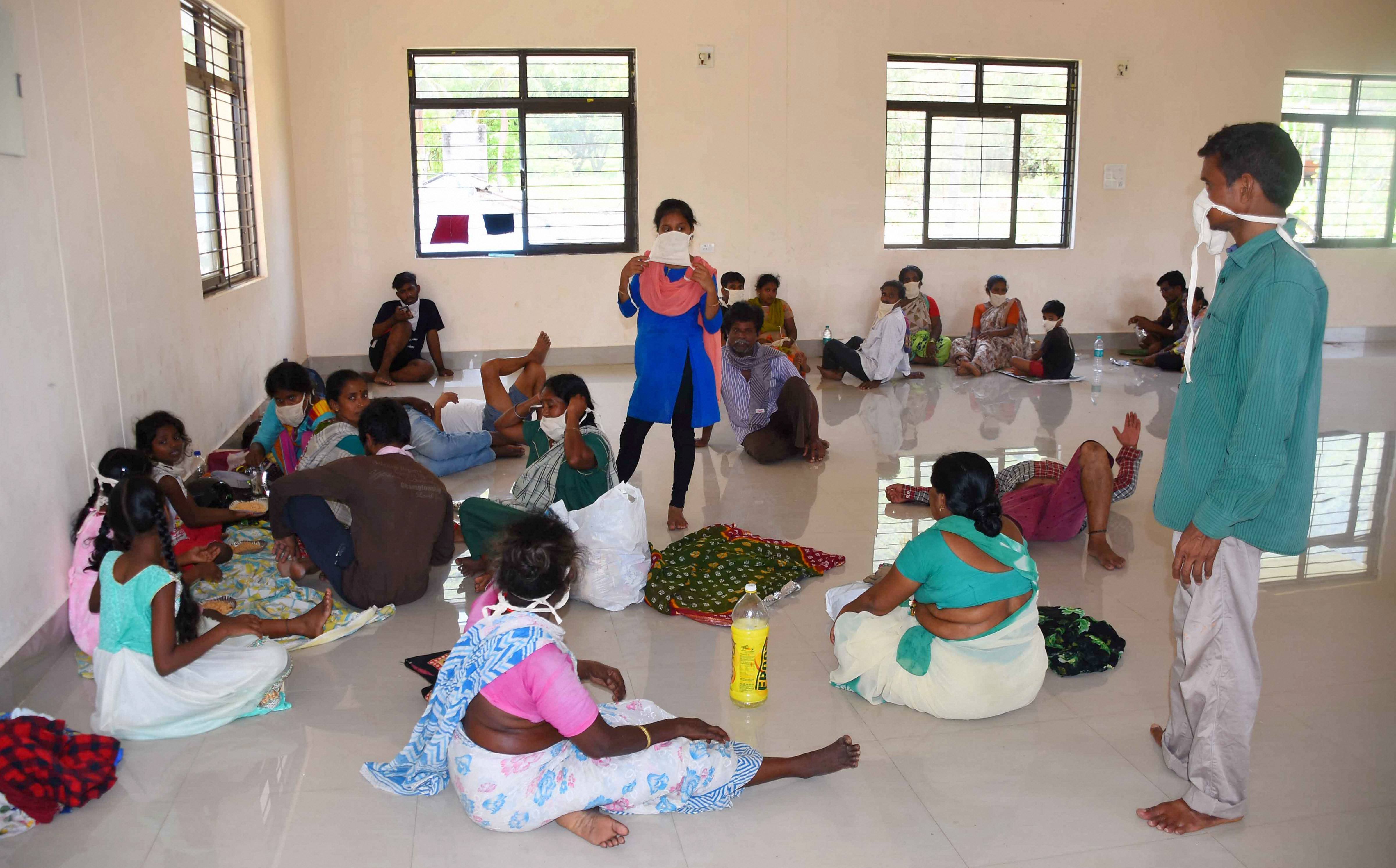 All tanks containing chemicals at LG Polymers near Visakhapatnam where a gas leak left 11 persons dead are safe after 60 per cent of the styrene vapour turned into liquid, district collector V. Vinay Chand said on Friday.

As many as 11 persons were killed and more than 1,000 affected following a gas leak at the plant near Visakhapatnam in the wee hours of Thursday.

A day after the styrene vapour leak from the LG Polymers plant at R.R. Venkatapuram, the Andhra Pradesh government said the situation in the area was now “safe” and there was no need for panic as experts in the field were engaged in neutralising the impact of the gas leak.

The company also issued a statement saying the situation at the plant was now under control and there was no further leak of the styrene vapour.

“All necessary measures like using added water are being taken to keep the temperature under control,” it said.

In a report submitted to chief minister Y.S. Jagan Mohan Reddy during a video conference earlier, the collector had said it might take 18-24 hours for the remaining vapour to polymerise, a process to bring down the temperature below 20 degrees Celsius where styrene remains in its original liquid form and turns safe.

“We have taken all measures to plug the leak completely and experts are closely monitoring the situation. The situation is now fully under control,” the collector added.

Over 400 people, including children, undergoing treatment in various hospitals here were out of danger and recovering from the effects of the vapour leak, sources said.

Talking to reporters, the deputy chief minister said 305 people, including 52 children, were undergoing treatment at KGH and another 121 in private hospitals.

“All of them are out of danger. Nobody is on ventilator support,” he said.

In all, 554 people suffered from the vapour leak and 128 of them left for relief camps after preliminary treatment.

The Greater Visakhapatnam Municipal Corporation opened 17 relief camps in the city, where about 15,000 people evacuated from five villages in the plant vicinity were being provided shelter.

“The police and local youths and NDRF, SDRF and revenue department personnel did an exemplary job in shifting the people to safety after the vapour leak. We appreciate and thank them,” Srinivas said.

The deputy chief minister asked people not to return to their villages and wait for a nod from health and medical officials.

“We have opened medical camps at the relief centres and people can avail of the services if necessary,” he added.

Industries minister Goutham Reddy said concerted efforts were being made by experts in the field to neutralise styrene and the process might take 48 hours.

“The regular operation of the plant has not started and it was only under regular maintenance. The accident occurred due to some lapse in following the prescribed protocols,' the minister pointed out.

He, however, asserted that stern action would be initiated against those responsible for the leak.

“I told the South Korean Ambassador clearly that they should act in a responsible manner and take all steps as they do when such a mishap occurs in the US or Europe,” the minister said.

The state government identified 86 such industrial units and they would be allowed to resume their operations only after a safety audit.

“The system has failed somewhere. We are now reworking our system to ensure such hazardous situations do not arise. We are taking all precautionary measures,” the industries minister added.

Chief secretary Nilam Sawhney, who was camping in Visakhapatnam overseeing the relief measures, said the situation was under control and that tanks in the unit were safe.

The chief minister directed the officials to speak to the engineers and explore steps to utilise the raw material and chemicals in the plant fully.

“Additionally, take steps to remove the chemicals from the plant to another place,” he said.

Sawhney issued an order appointing a high-level probe into the causes behind the gas leak and suggest measures to improve the protocol for industrial safety of similar types of plants.