The 71 year-old leader on Thursday had extended an olive branch to his rival 'dear brother' to run the party jointly, saying 'let bygones be bygones' 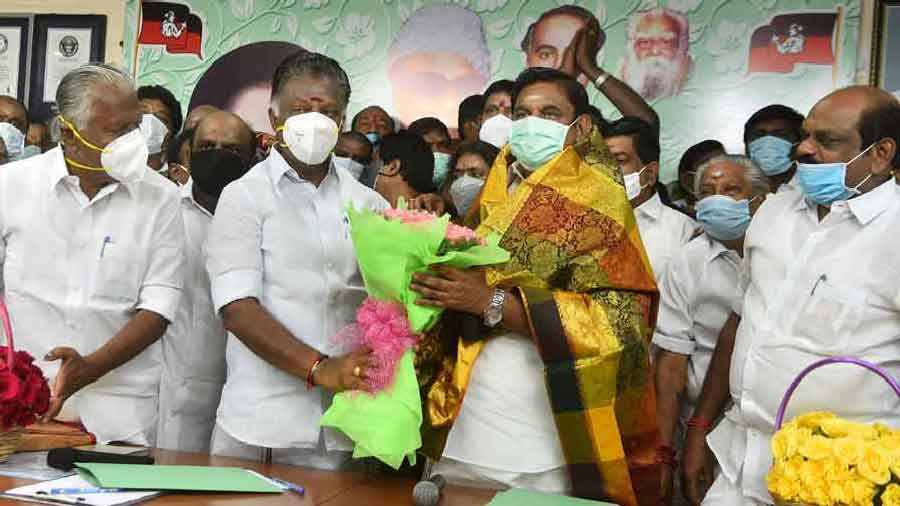 AIADMK leader O Panneerselvam on Thursday extended an olive branch to his rival, "dear brother" Edappadi K Palaniswami (EPS) to run the party jointly and said "let bygones be bygones" but the latter ruled out any association with OPS and even blamed him for the party's defeat in the 2021 Assembly polls which the DMK-led bloc swept.

Palaniswami rejected Panneerselvam's call for joining hands and listed out a series of reasons, including alleging OPS was behind the attack on the party headquarters here last month. He flayed his rival for seeking "posts without efforts".

Palaniswami also moved the Madras High Court against a single judge order on Wednesday which declared as not valid the AIADMK General Council resolutions of July 11, which among others, 'expelled' Panneerselvam and picked EPS as the party's interim general secretary.

A day after securing the High Court order in his favour, OPS informed there had never been an issue with the earlier dual leadership but said the arrangement of "joint leadership" was brought in to steer the party in the absence of late Chief Minister J Jayalalithaa.

"After Amma's death (in December 2016), dear brother Palaniswami became CM and we travelled along extending good cooperation. Many democratic duties were discharged by us," he said.

"After Amma's death, Dharmayudham was undertaken (by him against deposed leader VK Sasikala and her family) and as per the wishes of party workers and leaders, it was decided as a policy that AIADMK will function under joint leadership," he told reporters here.

As a result, the Coordinator (OPS) and the joint coordinator (EPS) posts were created, Panneerselvam added.

"There was no shortcoming in this aspect from either leaders as they diligently performed the roles in the interest of the party and within the ambit of its laws," the former CM said.

AIADMK workers had set their political path as "brothers" of the party founder, the late CM MG Ramachandran and "sons" of Amma (Jayalalithaa), but due to some "difference of opinion" there was an "abnormal situation," OPS said, in an apparent reference to the differences with Palaniswami.

"Let bygones be bygones...would never say it affected us...1.5 crore party workers and the people who desire the good rule of MGR and Amma want this movement to remain united. Without holding any grudges of the past bitterness, we should throw them away (as) the party's unity should be the sole idea," he said.

"Such an association was the desire of the party's 1.5 crore workers," Panneerselvam said.

Asked if his invitation extended to Sasikala and Dhinakaran also, the senior leader said it applied to all those "who strived for the party during" the period of MGR and Jayalalithaa and responded in the affirmative when prodded further. Sasikala was a confidante of Jayalalithaa and was 'expelled' from the AIADMK in 2017, months after she was jailed in a disproportionate assets case.

Hitting out at Panneerselvam, Palaniswami said his rival often gave such invitations.

"Against whom did he undertake Dharmayudham. He is now inviting them all. He wants posts, can't live without it. He does not struggle for them, but wants post for himself and his family," the former CM told reporters.

He slammed Panneerselvam's son and Lok Sabha MP P Ravindranath for "praising" the MK Stalin-led DMK government, after meeting the CM recently and claimed that this had "demoralised" the party's rank and file. The AIADMK was founded by the late MGR against the DMK, he pointed out.

"How can we join? Should he (OPS) not have come to the General Council. He went to the party office with rowdies and attacked it, broke open the doors, damaged comps and stole key documents. How can we work with such a person who employs rowdies and goondas, despite being in the leadership role. Party workers were attacked. How can I work with him?" Palaniswami asked.

He further questioned OPS' assertion of being a Jayalalithaa loyalist, insisting that Panneerselvam was the chief agent to her rival candidate in the 1989 Bodinayakkanur Assembly poll, whereas he has always been her supporter.

"How can he be a loyalist of Amma? We have been with Amma always. He will do anything for power," EPS charged.

Meanwhile, in his plea before the HC, among other things, EPS contended that by granting an order of status quo ante as on June 23, the single judge has virtually interfered with the decisions taken in the general council meetings held on June 23 and July 11 and the same is directly in contravention of the order of the Supreme Court dated July 6 this year passed against the order of a division bench of this court, which had placed restrictions on the GC meeting held on June 23. The SC has ultimately stayed the operation of this order, he pointed out.

The plea will come up for hearing on Monday.