'It seems there has been a dacoity in its construction, not just loot' 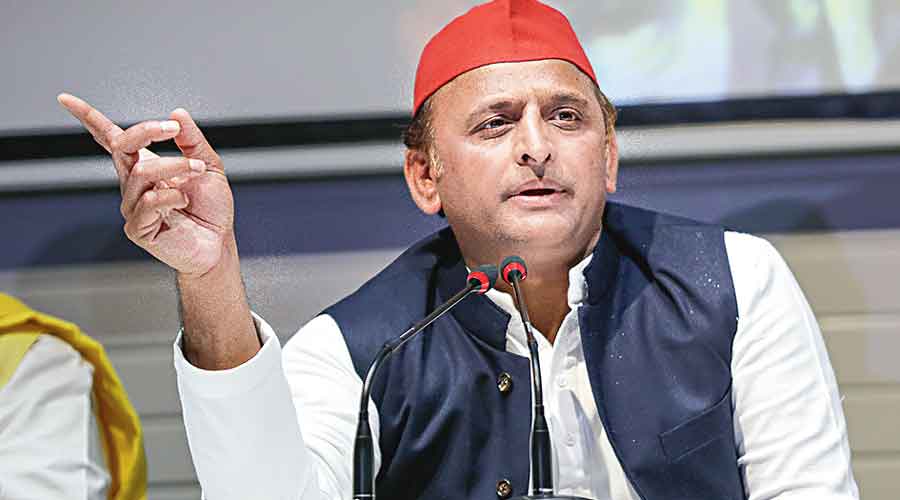 Samajwadi Party (SP) chief Akhilesh Yadav on Monday took a jibe at the ruling BJP over a portion of the Bundelkhand Expressway developing deep potholes following rainfall in Jalaun.

Yadav was in Kannauj to meet a party leader who recently lost his son.

"At the time of inauguration of the Bundelkhand Expressway, prominent leaders had made tall claims. But after just five days of the inauguration, it developed big potholes. The expressway could not even handle a little rainfall," he told reporters.

It seems there has been a "dacoity" in its construction, not just loot, Yadav added.

The 296-km-long expressway was inaugurated by Prime Minister Narendra Modi on July 16.

A portion of the expressway developed deep potholes following heavy rainfall in Jalaun within a week of its inauguration.

The potholes appeared at Chiriya Salempur in Jalaun district, Uttar Pradesh Expressway Industrial Authority spokesperson Durgesh Upadhyay had said earlier, asserting that they were repaired instantly and the road opened to traffic.

The authority had deployed a team with bulldozers and necessary equipment to repair the stretch.