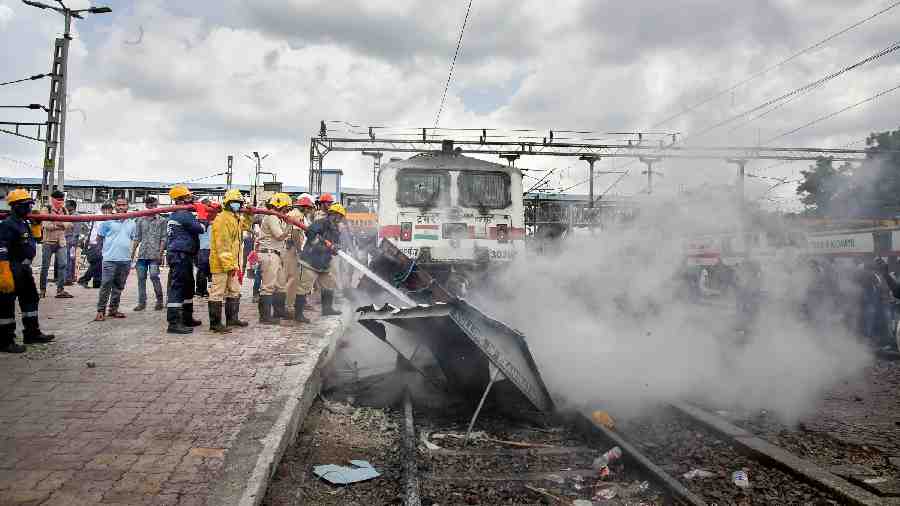 The Gurugram district administration has imposed Section 144 as a precautionary measure even though no fresh protest was reported here on Friday against the Centre's Agnipath scheme to recruit soldiers.

Deputy Commissioner Nishant Yadav said the order was issued as protests were likely to spread to the second day here and that the administraton anticipated angry crowd at railway stations, bus stands, markets, national highways and power grids among other places in the district.

"This may have created obstruction, disturbance or interference in the maintenance of law and order," he said.

Any person found guilty of violation shall be prosecuted and punished as per law, the order mentioned.

Some youths reportedly tried to interrupt rail service near Haily Mandi, but were stopped by the police before they could reach the railway track, officials said.

Earlier in the day, there was a call for demonstration at Rajiv Chowk, following which police force was deployed. The protesters went back on seeing the force, police said.

"Over 200 policemen have been deployed at Rajiv Chowk. The force is also installed at other main chowks in the district. We appeal to the youths that if they do not agree with the scheme, they can protest, but with responsibility," Sadar Assistant Commissioner of Police Aman Yadav said.

On the other hand, security at the Deputy Commissioner's residence in Palwal has been stepped up in view of the stone pelting on Thursday.

Protests have erupted in several states since Wednesday against the Agnipath scheme to recruit jawans into the army, the navy and the air force for a four-year-period followed by compulsory retirement for most without gratuity and pension benefits.