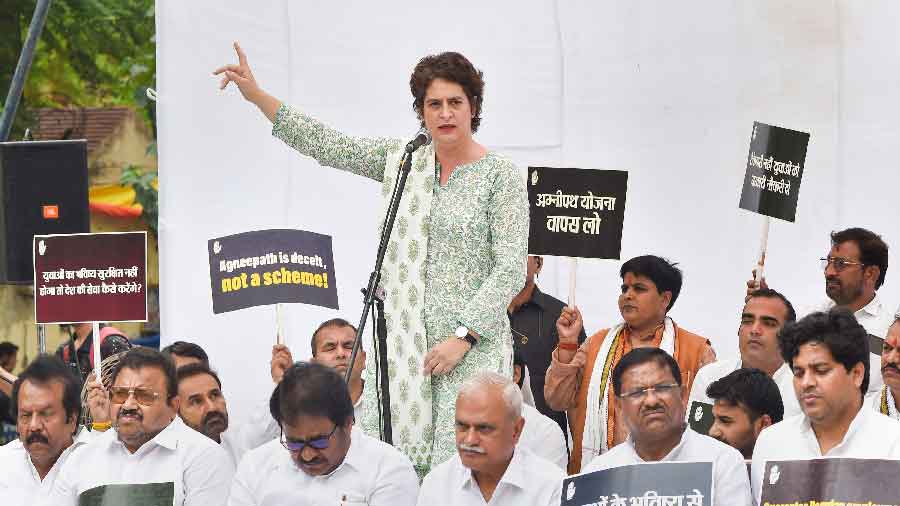 Urging the youth to recognise "fake nationalists", Congress leader Priyanka Gandhi Vadra on Sunday assured her party's full support to those peacefully protesting the Centre's Agnipath scheme for recruitment in the armed forces.

She made the remarks as Congress MPs and leaders sat on a 'Satyagraha' at Jantar Mantar here in solidarity with the youths protesting the controversial scheme.

"There is no bigger patriot than you. I want to tell you, open your eyes and recognise the fake nationalists and fake patriots. The entire country and the Congress are with you in your struggle," the Congress general secretary said in her remarks aimed at youths protesting the Agnipath scheme.

In her address, she also quoted lines from Harivansh Rai Bachchan's Hindi poem 'Agnipath' to urge the youth to persevere and keep struggling peacefully.

"In a democratic way and by walking on the path of truth and non-violence, bring down this government. Your objective should be (to ensure) that such a government is formed in the country which shows real patriotism," Priyanka Gandhi said.