Redlines are no longer sacrosanct

Home minister says security for Hurriyat leaders might be dropped, and ban revived on civilian traffic during convoy movement 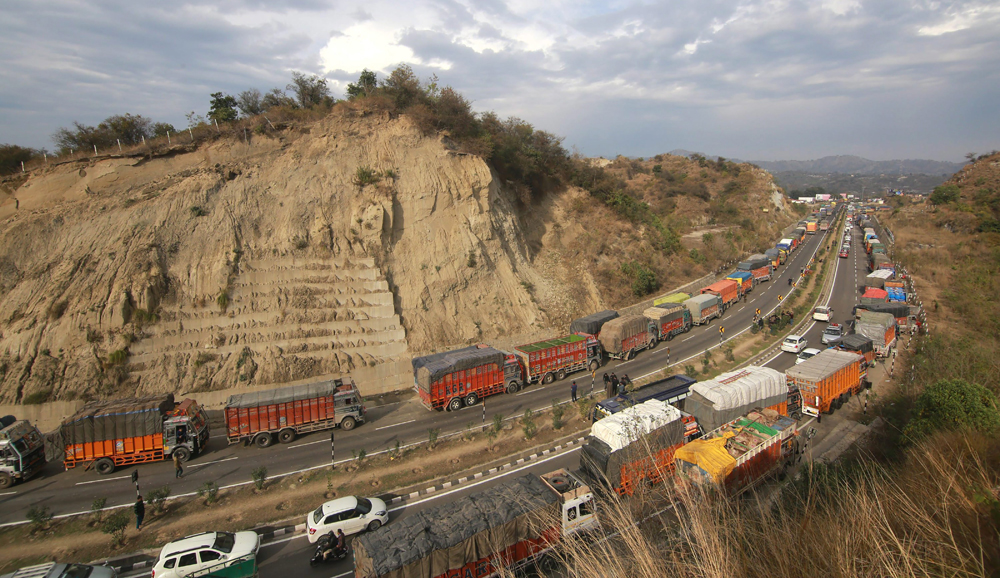 The worst-ever attack in Kashmir appears to be forcing the Centre to breach two self-drawn redlines in Kashmir: security for Hurriyat leaders and the movement of private vehicles when security convoys are rolling.

Union home minister Rajnath Singh on Friday indicated the security cover for Hurriyat leaders might be withdrawn and announced a virtual ban on the movement of private vehicles when security convoys are on the roads.

There have been numerous attacks on the forces in the past but the authorities have been refraining from crossing these redlines and reviving curbs, a grim reminder of how the situation has worsened in recent years.

A team from the National Investigation Agency has joined the probe into the attack that took place on the heavily protected Srinagar-Jammu highway. The authorities had stopped traffic on the highway for hours after the attack on Thursday but allowed vehicles to ply in the evening.

A lone Fidayeen was involved in the attack but several other militants or “upper ground” workers are believed to have been part of the conspiracy.

Rajnath arrived in the state on Friday and chaired a high-level meeting to review the situation. He said the morale of troops was high, adding that the country would emerge victorious “in the fight against terrorism”.

“I have told the security agencies that those people who take money from Pakistan are hand-in-glove with the ISI (the Pakistan spy agency)… their security should be reviewed,” Rajnath told reporters in Srinagar, apparently referring to the security enjoyed by Hurriyat leadership.

The Hurriyat leaders were provided security after they lost a number of their colleagues or relatives to militant attacks in the early years of militancy. Among several leaders who live under security cover are Mirwaiz Umar Farooq, who lost his father to a militant attack, Bilal Lone, whose father was also murdered, and Abdul Gani, whose brother was slain.

“Civilian movement will have to be restricted for some time (while the convoys move). That will cause inconvenience to civilians for some time for which we apologise,” he said.

For many years after militancy erupted in the state in 1989, security personnel would not allow movement of civilian vehicles along with the convoys. But the practice was curtailed, with some exceptions, after opposition from people and political parties alike.

The move is likely to cause great inconvenience to people, particularly because the number of vehicles have increased significantly in recent years.

Of the 40 CRPF personnel killed on Thursday, 39 were in a bus while an assistant sub-inspector had been on the highway.

Jammu and Kashmir police have detained seven persons from Pulwama in connection with the terror attack, officials said on Friday.

The youths were detained from Pulwama and Awantipora during the night on suspicion of links with the planning of the suicide attack.

The overall planning is believed to have been done by a Pakistani national, Kamran of the Jaish-e-Mohammad, the officials said.