After Nitish Kumar denies plans to contest LS polls from UP, JD(U) state unit hopes he will reconsider 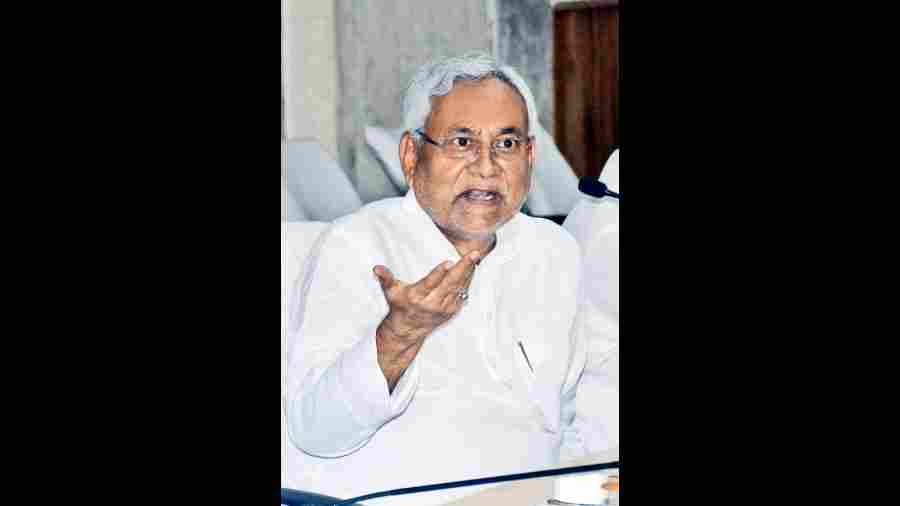 Days after JD(U) leader Nitish Kumar denied the possibility of contesting the 2024 general elections from Phulpur, the party's Uttar Pradesh unit remains hopeful that he will reconsider the decision to send a larger message of Opposition unity against the BJP.

Dismissing speculation over his candidature in the Lok Sabha elections from the Phulpur constituency of Uttar Pradesh, Kumar said on September 20 that he is only interested in uniting opposition parties ahead of the parliamentary polls.

The Bihar chief minister also asserted that his efforts should reap benefits for the younger generation, "for people like (his deputy) Tejashwi Yadav".

"We had given a proposal to him (Nitish Kumar) at the party's recent national convention in Patna to contest the 2024 Lok Sabha elections from Phulpur, Mirzapur or Ambedkar Nagar. We haven't got a concrete answer, so we are hopeful," he said.

He added that the proposal was put forth after holding discussions with state party workers.

Elaborating on the choice of seats, Patel said, "Our voters (Kurmi) constitute nearly 40 per cent of the electors in these seats."

"Ambedkar Nagar is the birthplace of socialist ideologue Ram Manohar Lohia, and since we are disciples of Lohia ji, we have shortlisted this constituency as well," he said.

Mirzapur is very close to Bihar and "from there, we will send a message to Varanasi -- the constituency of Prime Minister Narendra Modi -- that party workers of UP and Bihar are together", he added.

JD(U) leader Asheesh Saxena said if Kumar contests from any of the Lok Sabha seats in Uttar Pradesh, then it will definitely send a strong message of Opposition unity across the country.

With 80 Lok Sabha constituencies, Uttar Pradesh sends the maximum number of MPs to the Lower House.

SP MLC Ashutosh Sinha told PTI that if Kumar chooses to contest the 2024 Lok Sabha polls from Uttar Pradesh, it will be a welcome move.

"If the SP president extends support to him (Nitish Kumar), then the entire party will work hard to ensure that he wins the seat by a record margin," he said.

SP leader Rakesh Verma said Kumar contesting general elections from the state will be "good" and will strengthen Opposition unity.

When contacted, SP's chief spokesperson Rajendra Chaudhary told PTI that his party has not held any discussions with the JD(U) on the matter so far.

"No talks have been held in this regard. The Lok Sabha elections are still one-and-half years away. As of now, this is not a matter of discussion," he said.

BJP MLA from Phulpur Praveen Patel, however, dismissed any challenge to the ruling party from the JD(U).

The JD(U) does not have any organisation here. Hence, it will have no effect here, he said.

Ritesh Pandey of the BSP is the Ambedkar Nagar MP.