Advertisement
Home / India / Advice on when not to give CPR

Advice on when not to give CPR 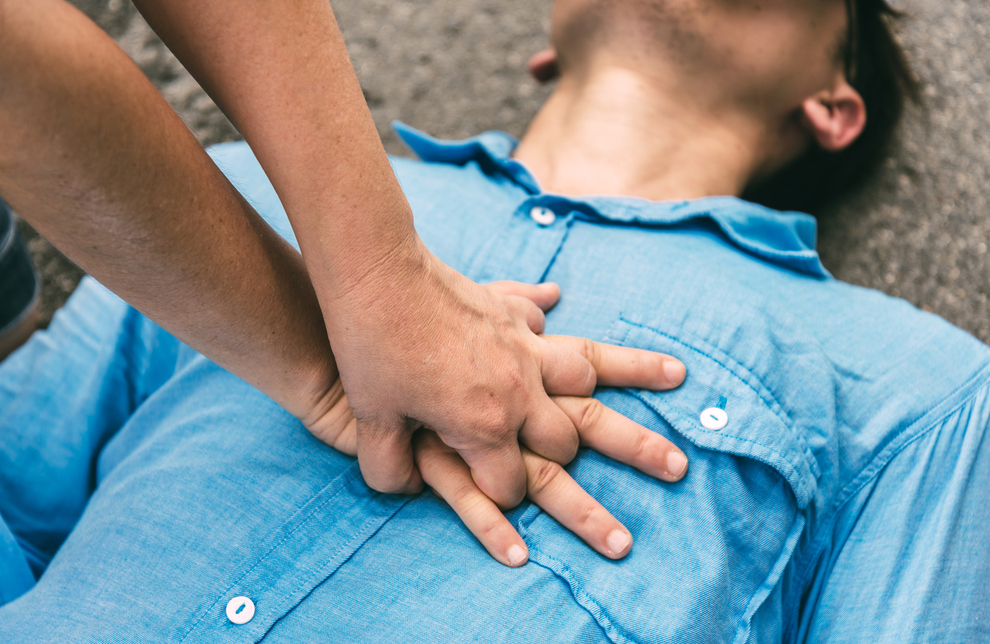 The position paper recommends that physicians should provide complete information to patients or their family members about circumstances under which CPR would in the best judgement of doctors be considered medically inappropriate.
(Shutterstock)
G.S. Mudur   |   New Delhi   |   Published 26.11.19, 08:52 PM

India’s apex health research agency has for the first time released a draft document to guide doctors on decisions not to provide cardiopulmonary resuscitation (CPR) to patients whose suffering will only be prolonged if they are revived.

The “Do Not Attempt Resuscitation” position paper from the Indian Council of Medical Research (ICMR) outlines procedures that will apply to patients with incurable diseases for whom CPR to revive a stopped heart will be inappropriate, non-beneficial and will only prolong the patient’s suffering.

Sections of doctors view the position paper as “significant” because the standard, spontaneous response across the country is to provide CPR — the use of chest compressions, cardiac defibrillators and drugs to restore circulation and respiration — to every patient irrespective of its consequences.

“There is currently no formal guidance for treating physicians — this document will help facilitate decision making by physicians while keeping the patient or family members appropriately informed,” said Roli Mathur, head of the ICMR’s bioethics unit in Bangalore.

The position paper recommends that physicians should provide complete information to patients or their family members about circumstances under which CPR would in the best judgement of doctors be considered medically inappropriate.

The paper points out that death is inevitable in certain situations at the terminal stage of certain diseases and providing CPR may only increase the suffering of such patients.

The paper emphasises the need to explain such circumstances to patients and family members so they understand the implications of CPR in the context of the incurability of the disease and the near impossible opportunity for any meaningful survival and then decide on CPR.

The paper has outlined an algorithm, a flowchart, on how and when to apply the DNAR principle. It says “DNAR should be discussed with sensitivity in simple language by treating physicians” with patients if they are competent to be consulted about it or with the patients’ family members.

Physicians who helped draft the position paper said most developed countries had adopted DNAR years or even decades ago. A 2010 medical paper on CPR pointed out that in the US, the “do-not-resuscitate” order is “ensconced in hospital policy and in the psyches of American doctors”.

“It would be ethically wrong to provide CPR to certain patients,” said Raj Kumar Mani, a senior pulmonologist in New Delhi and former president of the Indian Society of Critical Care Medicine.

Mani pointed out that CPR might in certain circumstances push some patients into a “fate between life and death, which is not an outcome that anyone would want”.

The ICMR paper has emphasised that CPR would be considered successful if the patient is able to leave the hospital and return to his or her previous state of health. This happens only infrequently.

If started immediately, CPR works best in young and healthy people who do not have underlying serious and incurable illnesses.

If a patient is elderly or seriously or terminally ill, the chances of success are minimal, the paper said, also underscoring the risks of the side effects of CPR.

The most worrying side effect is when the heart restarts but the brain is damaged as it had no circulation for some period of time during CPR. This could mean the patients would become dependent and, in some cases, vegetative.

“Most often, patients’ misery and suffering get prolonged when the primary illness is incurable. In old and frail people, the procedure itself may cause rib fractures or injury to the heart.”