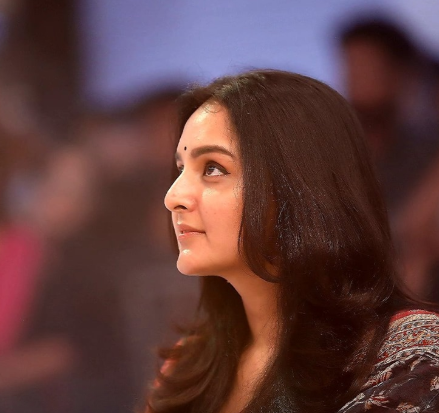 Manju Warrier spoke to her family using a satellite phone, after which they contacted minister of state for external affairs V. Muraleedharan for help.
Manju Warrier's Facebook page
PTI   |   Thiruvananthapuram   |   Published 20.08.19, 11:00 AM

A 30-member film crew from Kerala, including award-winning actress Manju Warrier, is stranded in a remote Himachal Pradesh village , which has been flooded in the past few days.

The actress said there was food for only two days and no communication facility.

Her family then sought the help of authorities on Tuesday for the crew's evacuation.

The crew has been camping for two weeks at Chatra, a scenic hamlet in the Himalayan valley about 80 km from Manali, for the shooting of Sanal Kumar Sasidharan's upcoming film, Manju Warrier's actor brother Madhu Warrier told television channels.

Besides the crew and Sasidharan, nearly 200 people are stranded at Chatra for lack of transport and communication, he said. 'She made the call on a satellite phone. She said there is food for only two days and she could speak only for some time.'

He said the family had contacted the minister of state for external affairs V. Muraleedharan for help from the Centre and the Himachal Pradesh government.