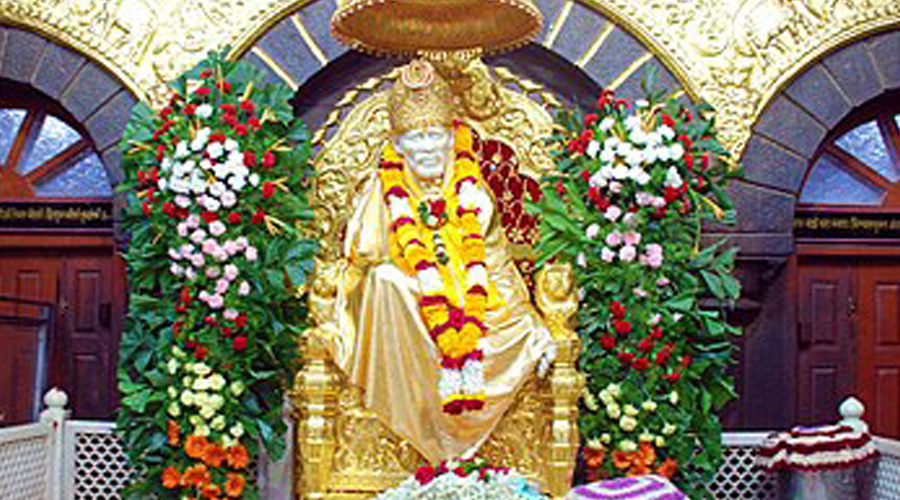 The temple trust clarified that they have not imposed any dress code on devotees and it was just an appeal.
Wikipedia
Our Bureau And Agencies   |   Pune   |   Published 03.12.20, 07:26 PM

Social activist Trupti Desai on Thursday said she has written to Maharashtra Chief Minister Uddhav Thackeray, urging him to take action against the Shirdi Sai Baba temple trust over its appeal to devotees to dress in a "civilised" manner.

In a video message, the activist also warned that if boards put up for devotees are not taken down by the trust, she and other activists would visit the temple town on December 10 and remove them.

Taking cognisance of complaints that some people come to the shrine in "objectionable" clothes, the trust had put up boards outside the temple premises appealing to devotees to be dressed in a "civilised" manner or as per "Indian culture", when they come for a visit.

"Despite our protest against these boards, the trust has not removed them. If the boards are not removed, we will come to Shirdi and take them down ourselves on December 10," Desai said in a video message.

The activist said she has written to the chief minister urging him to take action against the trust for putting up such boards, which are an insult to devotees and violate the freedom of expression given in the Constitution.

Shri Saibaba Sansthan Trust's chief executive officer Kanhuraj Bagate had already clarified that they have not imposed any dress code on devotees and it was just an appeal.

Around 9,000 devotees visited the temple on Thursday and when their feedback was sought on the content of these boards, none of them took any objection, he said.