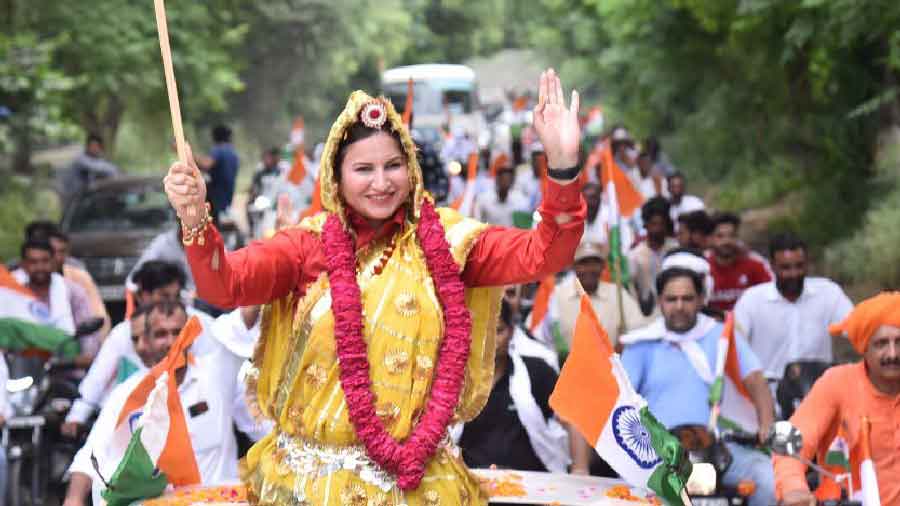 In a fresh twist in BJP leader Sonali Phogat's murder case, accused Edwin Nunes' lawyer on Sunday claimed his client didn't own the Curlies restaurant in north Goa where Phogat and two of her male companions had partied hours before her death.

Earlier in the day, Nunes and drug peddlers Dattaprasad Gaonkar and Ramakant Mandrekar were produced before a court in Panaji which sent them to police custody for five days.

Advocate Kamalakant Poulekar, representing Nunes, told the court that his client doesn't own Curlies restaurant located on the Anjuna beach and it is for the prosecution to find and prove who owns the place.

He said there are no documents establishing that Nunes has the ownership rights of the restaurant.

The lawyer told reporters that the court rejected Nunes' bail application after the prosecution argued that since he was booked under the Narcotic Drugs and Psychotropic Substances (NDPS) Act, the matter should be dealt with by the relevant court.

Poulekar said they will file a fresh application before the designated court seeking bail for Nunes.

Phogat (43), a former Tik Tok star and contestant on the reality TV show "Big Boss", was brought dead to a hospital in North Goa district on August 23, a day after she arrived in the coastal state.

Police have so far arrested five people in connection with the Phogat murder case including two of her associates - Sudhir Sagwan and Sukhwinder Singh - who accompanied her on the Goa trip, besides Gaonkar, Nunes, and Mandrekar.

Sagwan and Singh were charged with murder and were sent to police custody for 10 days on Saturday.

According to the prosecution, Nunes is the owner of the Curlies restaurant where Phogat and her aides had partied on the intervening night of August 22 and 23.

Phogat was administered methamphetamine, and some left-over drug was recovered from the restaurant's washroom, Deputy Superintendent of Police Jivba Dalvi had said.