Advertisement
Home / India / AAP says alliance with Congress should be in Haryana and Chandigarh too, not just Delhi

AAP says alliance with Congress should be in Haryana and Chandigarh too, not just Delhi 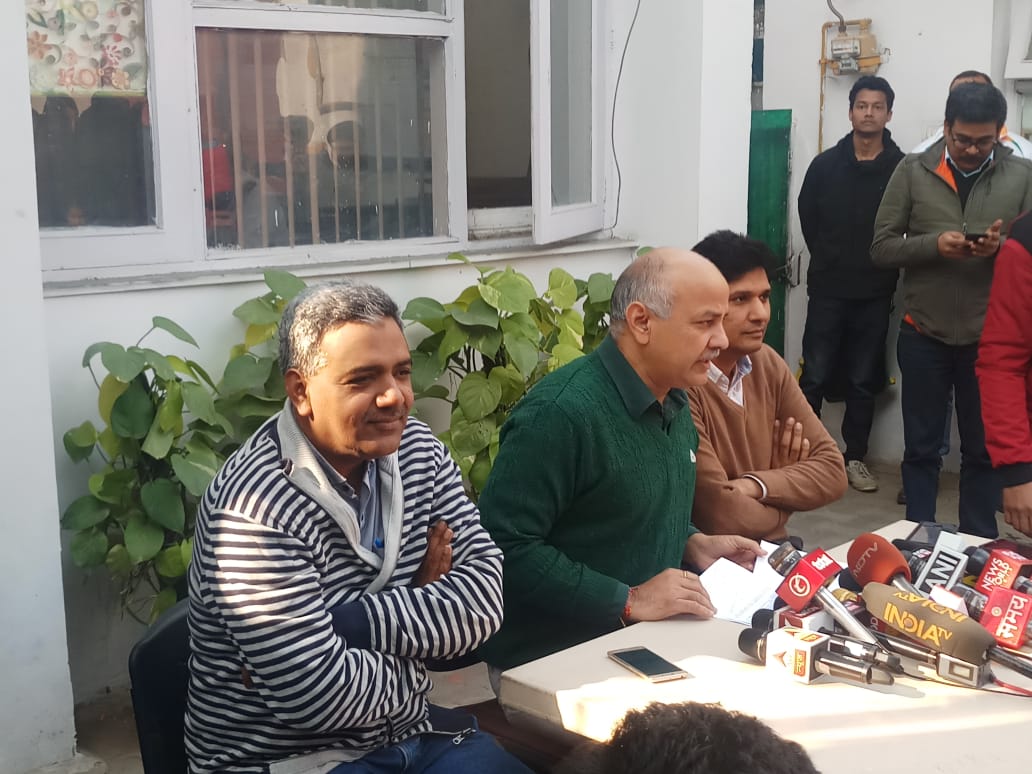 AAP leader and deputy chief minister Manish Sisodia on Saturday said that an alliance with the Congress in Delhi, Haryana and Chandigarh is possible still, but AAP will not agree to a tie-up only in Delhi.

He said the priority of the Aam Aadmi Party is to stop the Narendra Modi-Amit Shah duo which, he said, is 'dangerous' for the country.

'We wanted to form a united opposition against the BJP and were ready to ignore our differences because right now the priority is to stop the dangerous Modi-Shah duo,' he said. 'In the last one week, meetings were held between the AAP and the Congress and we proposed an alliance on 33 seats in Delhi, Goa, Chandigarh, Haryana and Punjab, out of them 23 seats are with the NDA,' Sisodia said.

He said a tie-up between the two parties could have caused a 'damage' to the BJP-led National Democratic Alliance (NDA) on the 23 seats.

'But the Congress purposely wasted time on taking a decision on the alliance and now it says it can tie up with the AAP only in Delhi. Forming an alliance in Delhi alone would not solve the problem,' he said.

'We are still saying that an alliance can be formed (with Congress) in Haryana, Delhi and Chandigarh if they are ready, but a tie-up alone in Delhi is not possible,' he added.

He hoped for positive talks for an alliance with the Congress in Haryana. 'There is time (for talks on Haryana), but for Goa, the time has passed,' the senior AAP leader said.

He said the Congress has to decide whether it wants to 'make a record' on the basis of contesting a number of seats or by defeating the BJP.

There is still a chance to beat the BJP on 18 seats in these states by forming of an alliance, he added.

The Aam Aadmi Party and the Jannayak Janata Party (JJP) on Friday announced firming up an alliance in Haryana to fight on all 10 Lok Sabha seats in the state.

The uncertainty over an alliance between the AAP and the Congress has been on for weeks now. The talks derailed after they failed to reach an agreement over seat-sharing in Delhi and Haryana.

The Congress in-charge for Delhi, P.C. Chacko, on Friday said his party will go it alone in Delhi since the AAP has taken an 'impractical stand'.

He, however, added: 'We are still ready (for alliance) if AAP is willing to have an alliance in Delhi alone. We want to fight the BJP together.'

'We are compelled to go on our own as the AAP is going back on its stand,' Chacko told reporters.

AAP's Rajya Sabha leader Sanjay Singh, who was holding alliance talks with the Congress, said, 'Our sincerity to stop the BJP in Haryana is reflected by the fact that we became a junior partner to a four-month-old party (JJP) and agreed to contest only less than half of the seats in the state.'

Singh said the AAP was eager for an alliance with the Congress in Haryana so that the BJP could be defeated on all the 10 seats.

'That's why we were prepared to give Congress three seats in Delhi. But they refused an alliance,' he said.

Singh exuded confidence that the AAP will win all seven Lok Sabha seats in Delhi on its own.