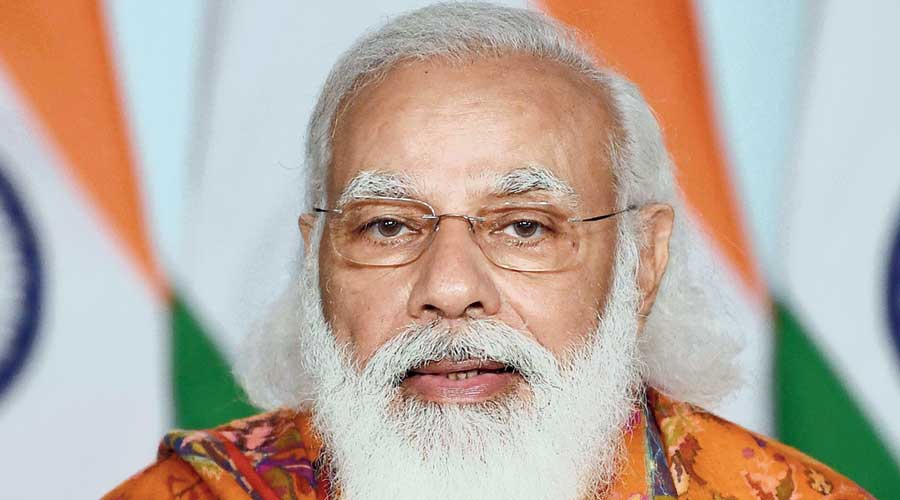 The Delhi government on Tuesday hit out at the Prime Minister for telecasting parts of his interaction with the chief ministers and state officials, following the chiding received by chief minister Arvid Kejriwal from Narendra Modi for live-streaming footage of an “in-house” meeting last month.

Deputy chief minister Manish Sisodia tweeted: “In today’s meeting, the Prime Minister’s statement was aired live on TV. Objections were raised that CM @ArvindKejriwal had broken protocol by doing a live broadcast of the previous meeting. Today’s protocol allowed for live broadcast? How to know which meeting can be broadcast live, and which cannot?”

Last month, Kejriwal live-streamed footage of himself pleading before Prime Minister Modi with folded hands to ensure oxygen supply to hospitals in the capital and accusing neighbouring states of holding up oxygen trucks.

Modi had responded by saying: “What is happening is strictly against our tradition and protocol that a chief minister is showing live telecast of an in-house meeting.”

The Delhi government’s retort came a day after the ruling Aam Aadmi Party embarrassed itself by singing the Hindutva tune to attack the Centre for exporting vaccines at a time when it had barely begun vaccinating Indians.

On Monday, the party tweeted names of Muslim majority countries such as Pakistan, Palestine, and Iran after a comment: “Whom did Narendra Modi take votes from: India. Whom did he give vaccines to:”

Pakistan had expected to receive Covishield doses in March under its agreement with the GAVI alliance, but has not yet received any from India. The party’s remarks were severely criticised.

The AAP later added the remaining 95 countries that have received vaccines from India.

The list of Muslim countries was compared to BJP MP Tejasvi Surya naming Muslim technical assistants in Bangalore for a bed booking scam which later they were not found to be guilty of.