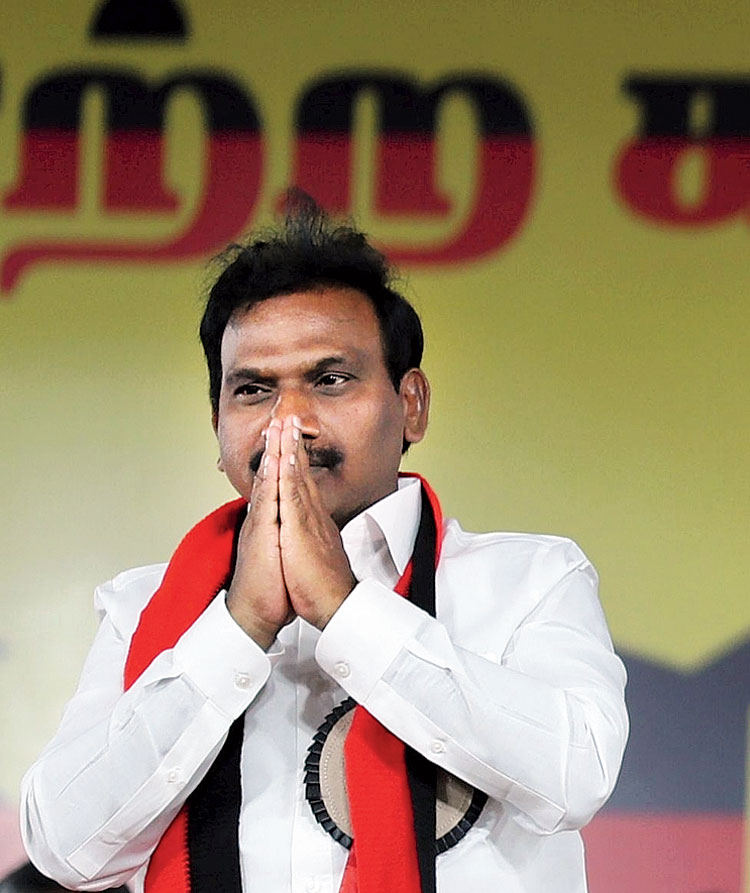 The picture postcard British-built town of Ooty, famous for its toy train, boat rides on its lake, and centuries old botanical garden, is famous as Tamil Nadu’s very own Queen of the Hills. This election season it holds another significance, as the stage for DMK leader Andimuthu Raja’s political comeback bid.

The former telecommunications minister, who was in 2017 acquitted by a special CBI court in the 2G scam case, is contesting the election from the Nilgiris Lok Sabha constituency, which consists of six Assembly segments — Mettupalayam, Avanashi, Bhavanisagar, Coonoor, Gudalur, and Ooty. Raja has been contesting from the constituency since it was reserved for Scheduled Tribes in 2009. He won that year but in 2014, he lost to the AIADMK’s C. Gopalakrishnan.

This time, the AIADMK has dropped its sitting MP and instead fielded M. Thiagarajan.

Cursory conversations in Ooty, teeming with tourists as the summer scorches its way in, before it voted on Thursday pointed to disillusionment with Tamil Nadu’s ruling party.

Bypolls are being held on 22 Assembly seats in Tamil Nadu, and the future of the Edappadi K. Palaniswami-led state government will be decided along with the Lok Sabha elections.

“Minimum tea prices, ST category to the Badagas, the tribe that forms one-third of the Nilgiris’ population, and development of tourism were some of the promises the AIADMK had made the last time. But even after five years, the plight of the hills remained more or less the same,” said Kalei Vannan, a hotel employee.

For the Badagas, who are not classified as ST, being unable to contest elections on their turf has been galling. The general consensus in Ooty seemed to be that the Badagas’ issue would be the deciding factor. If they vote en masse for one candidate, it is likely he would triumph. Though there are MNM (Makkal Needhi Maiam, the party floated by superstar Kamal Haasan) and AMMK (the splinter AIADMK grouping) candidates in the fray, it is largely being seen as a face-off between Raja and the AIADMK.

“As the DMK had decided to contest alone last time, it backfired. But this time, the DMK-Congress pact as well as Congress president Rahul Gandhi contesting from nearby Wayanad in Kerala (about 100km away) may act in the DMK’s favour,” said local resident Balu Araav, who works as a transport agent. “The former central minister may reap the benefits from the Congress’s strong anti-Modi campaign.”

Kamal Haasan’s MNM has fielded a local lawyer, Rajendran, but support for the party, largely seen as a one-man show, seemed thin.

“Sivaji Ganesan failed to beat MGR, Vyjayanthimala could not dethrone Jayalalithaa, nor did Chiranjeevi become another NT Rama Rao. People are not fools,” an Ooty hotelier said on condition of anonymity.

The AMMK’s candidate, retired IAS officer M. Ramasamy, though from the plains like Rajendran, had worked as a sub-collector of the Nilgiris between 1979 and 1982. But the jury is out on how much impact he would have.

However, at the packed hotels and eateries of Ooty, which is situated 7,349 feet above sea level, the vaudeville of politics seemed a distant din.

“Political cacophony should spare any scenic spot like Ooty,” said Ila Bagchi, a tourist from Bengal, who was heading for the nearby Doddabetta peak. “It’s good to see that no one is interested to listen to those few who are campaigning for votes at roadsides.”