Advertisement
Home / India / 9 cases off, ‘timing says it all’ 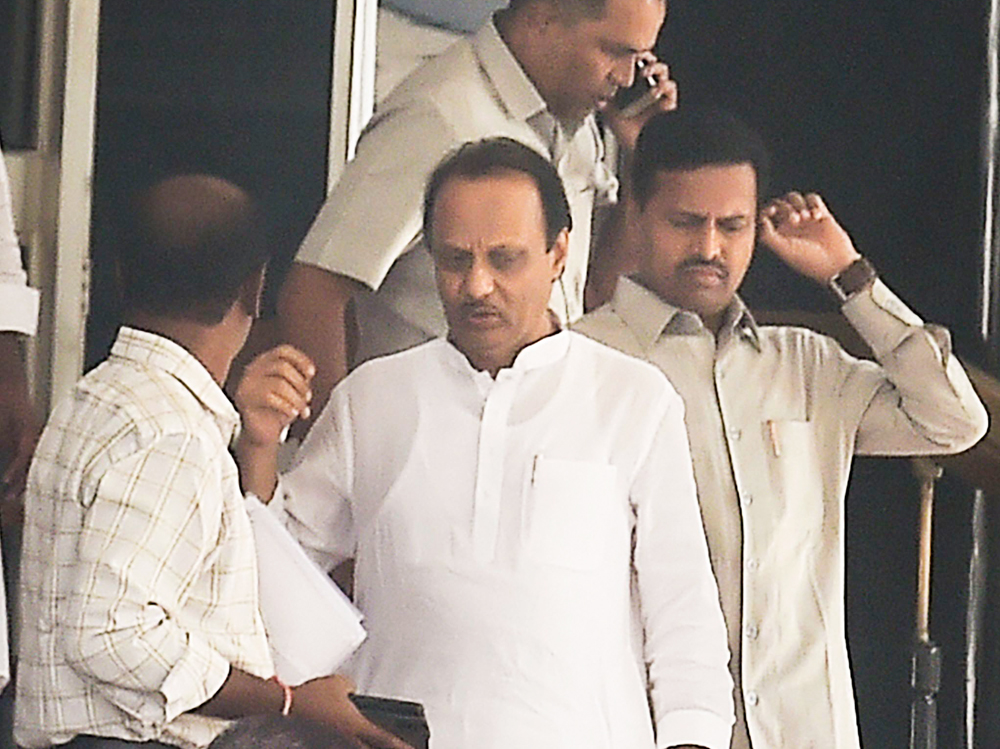 The Maharashtra government on Monday closed investigations into nine cases of corruption in irrigation projects but clarified that none of them had any link with Ajit Pawar, the alleged “kingpin” of the Rs 70,000-crore scam.

The move by the anti-corruption bureau (ACB) came a little over 48 hours after Ajit lent support to the BJP and was sworn in as chief minister Devendra Fadnavis’s deputy.

The ACB insisted there was no connection between Ajit and the nine cases. But Ajit was water resources minister when the alleged scam took place. Before the Assembly polls, Fadnavis had called Ajit “the kingpin” of the scam.

A confidential letter by an ACB officer on the closure of the nine cases said that “in the future, the inquiry can be reopened on the orders of the court or government”.

A former Mumbai IPS officer said: “It sounds like if Ajit betrays the BJP, then the cases will be reopened. It’s so brazen and the timing says it all.”

Parambir Singh, director-general, ACB, told reporters in Mumbai: “None of the cases that were closed today are related to Ajit Pawar.”

The order to close the cases came in the “confidential” letter that ACB additional director-general of police Bipin Kumar Singh wrote to the bureau’s superintendent in Amravati district.

The Congress alleged that the closure of the cases was a quid pro quo for Ajit’s support to the BJP.

“Closing down ‘Corruption Cases’ is now being used as a bargaining tool to carry on an illegitimate BJP-Ajit Pawar Govt in Maharashtra. This is a blot on democracy. ‘Contract Killing’ of democracy is now synonymous with ‘Contract Killing’ of honesty & accountability,” Congress spokesperson Randeep Surjewala tweeted.

In an official statement issued on Monday evening, the ACB said none of the nine inquiries related to Ajit, a former chairman of the Vidarbha Irrigation Development Corporation (VIDC).

“The ACB is enquiring into a total of 2,654 tenders of 45 projects of Vidarbha Irrigation Development Corporation…. So far, open enquiry has been completed in 212 tenders…. Open enquiry into 45 tenders have (sic) been closed as no offence was disclosed during enquiry. This order of conditional closure of nine enquiries dated today is from the above 45 enquiries closed and these were received from ACB units for closure between 2-5 months ago,” the statement said.

The irrigation scam had come to light in 2012 during Congress-NCP rule, when a chief engineer in the water resources department had alleged irregularities and cost variations in the approval and execution of projects in the state. Ajit was water resources minister between 1999 and 2009 and it was alleged that he had approved 38 projects worth Rs 20,000 crore in 2009 by tweaking rules and without clearance from the VIDC governing council.

It was alleged that even after spending Rs 42,500 crore over a decade, the state had brought only 0.1 per cent of the targeted land under irrigation.

Ajit had quit the cabinet following the allegations but returned within three months after a clean chit from the then Congress-led government.