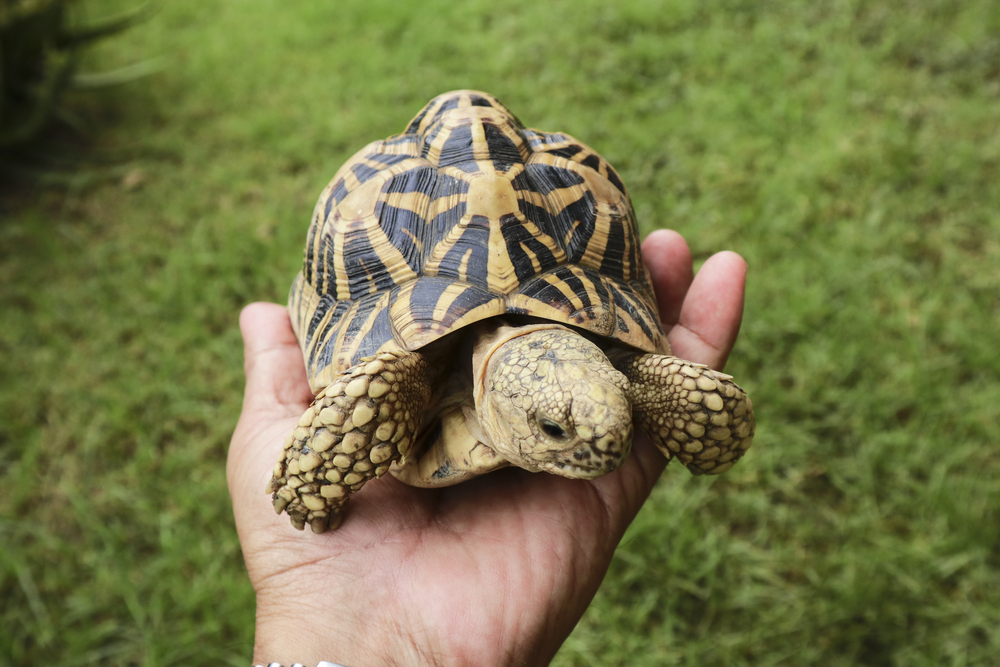 At least 50 Indian star tortoises were rescued from Singapore after they were smuggled from India, said a wildlife NGO on Monday.

The tortoises were confiscated by Singapore authorities. They will now be repatriated to India and returned to their natural habitat in the forests of Karnataka with cooperation from the Indian and Singapore governments, a statement from the Wildlife SOS India said.

Investigations confirmed Karnataka was the origin of these tortoises. A team of senior forest officers travelled with the Wildlife SOS to Singapore to conduct physical inspection of the tortoises housed at an NGO called ACRES, the statement added.

Singapore Airlines have contributed to the cause of wildlife conservation by transporting the tortoises for free, it said.

Once the tortoises have completed their quarantine period of 3 months, the Wildlife SOS intends to initiate radio tagging and monitor these animals for survival.

Indian star tortoise is protected under the Wildlife Protection Act, 1972. It is one of the most trafficked tortoise species in the world owing to the unique star-like radiating pattern on their shell, the statement said.

'I am relieved that these tortoises are finally coming back to where they belong. I am also delighted that the partnership between the Wildlife SOS and ACRES resulted in a successful repatriation project,' said Kartick Satyanarayan, co-founder and CEO of Wildlife SOS.