Vinay's mercy plea before the President is pending 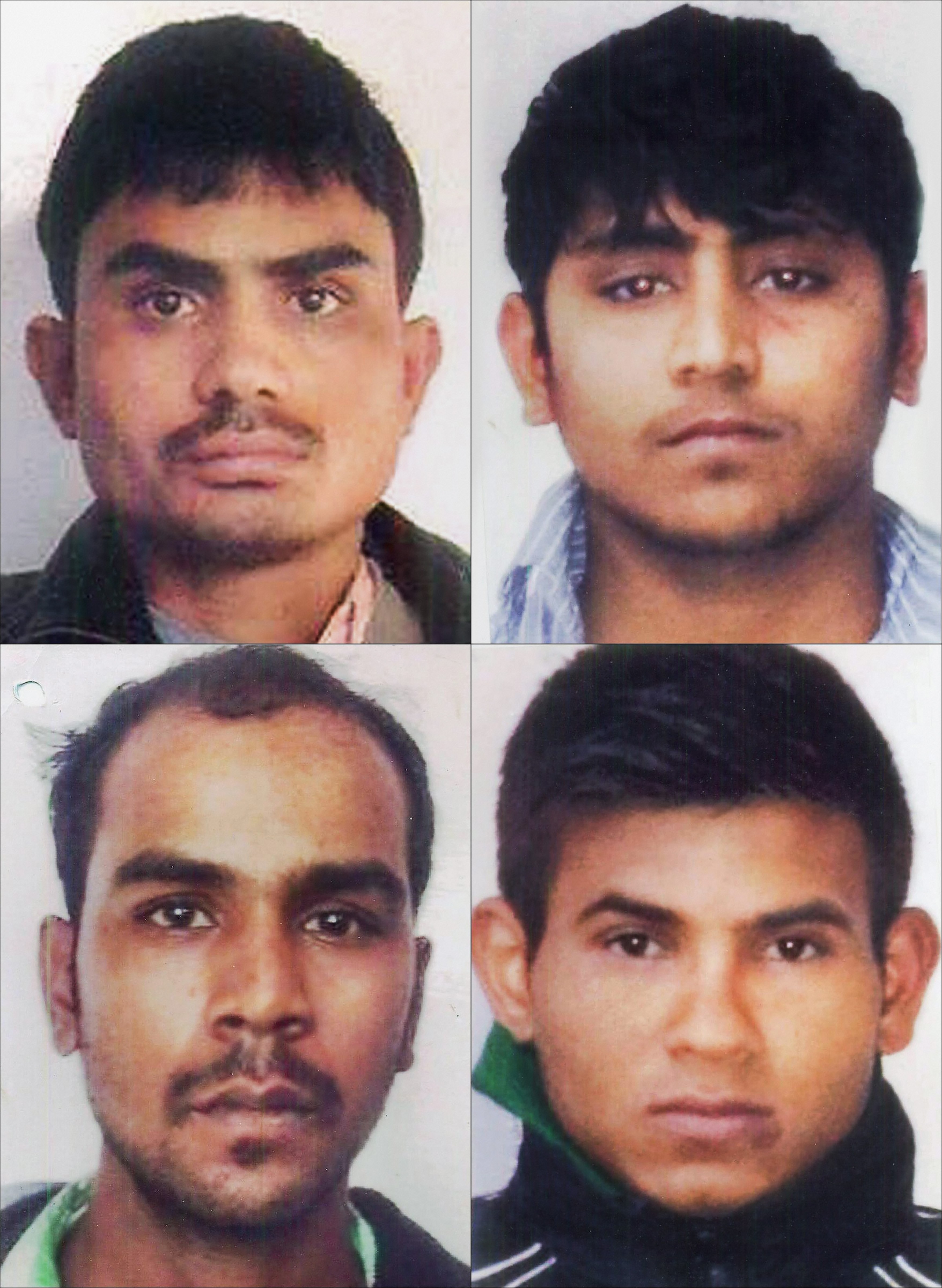 A Delhi court on Friday postponed execution of death warrants of the four convicts in the 2012 Delhi ganggrape and murder case till further order.

Additional sessions judge Dharmender Rana passed the order on plea by the convicts seeking a stay on their execution on Saturday, February 1. The court had reserved its order in the pre-lunch session.

The court did not agree with the Tihar jail authorities, which had challenged the application of three condemned prisoners, in the case seeking a stay on their execution.

The black warrants for execution of the death sentence against Pawan Gupta, Vinay Kumar Sharma, Akshay Kumar and Mukesh Kumar Singh, were issued on January 17.

The convicts' lawyer argued that rules dictate that when one convict's plea is pending the others cannot be hanged.

Advocate A. P. Singh, representing the convicts -- Pawan, Vinay and Akshay -- urged the court to adjourn the executions 'sine die' (with no appointed date for resumption). Vinay's mercy plea before the President is pending.

Mukesh's mercy plea was dismissed by President Ram Nath Kovind on January 17. The appeal against the rejection was thrown out by the Supreme Court on Wednesday.

The trial court on January 17 had issued black warrants for the second time for the execution of all the four convicts in the case in Tihar jail at 6am on February 1. Earlier, on January 7, the court had fixed January 22 as the hanging date.

The curative petitions of Vinay and Akshay have been rejected by the apex court. Pawan is the only one yet not to file a curative plea.

Convicts have the option of moving a mercy petition before the President only after the apex court dismisses their curative plea.

Earlier in the day, the apex court dismissed Pawan's plea seeking review of the decision by which his application claiming to be a juvenile at the time of the commission of offence was rejected.

A 23-year-old physiotherapy intern was gangraped and savagely assaulted on the night of December 16, 2012, in a moving bus in South Delhi. She died of her injuries a fortnight later in a Singapore hospital.