23 people are seriously injured and are undergoing treatment 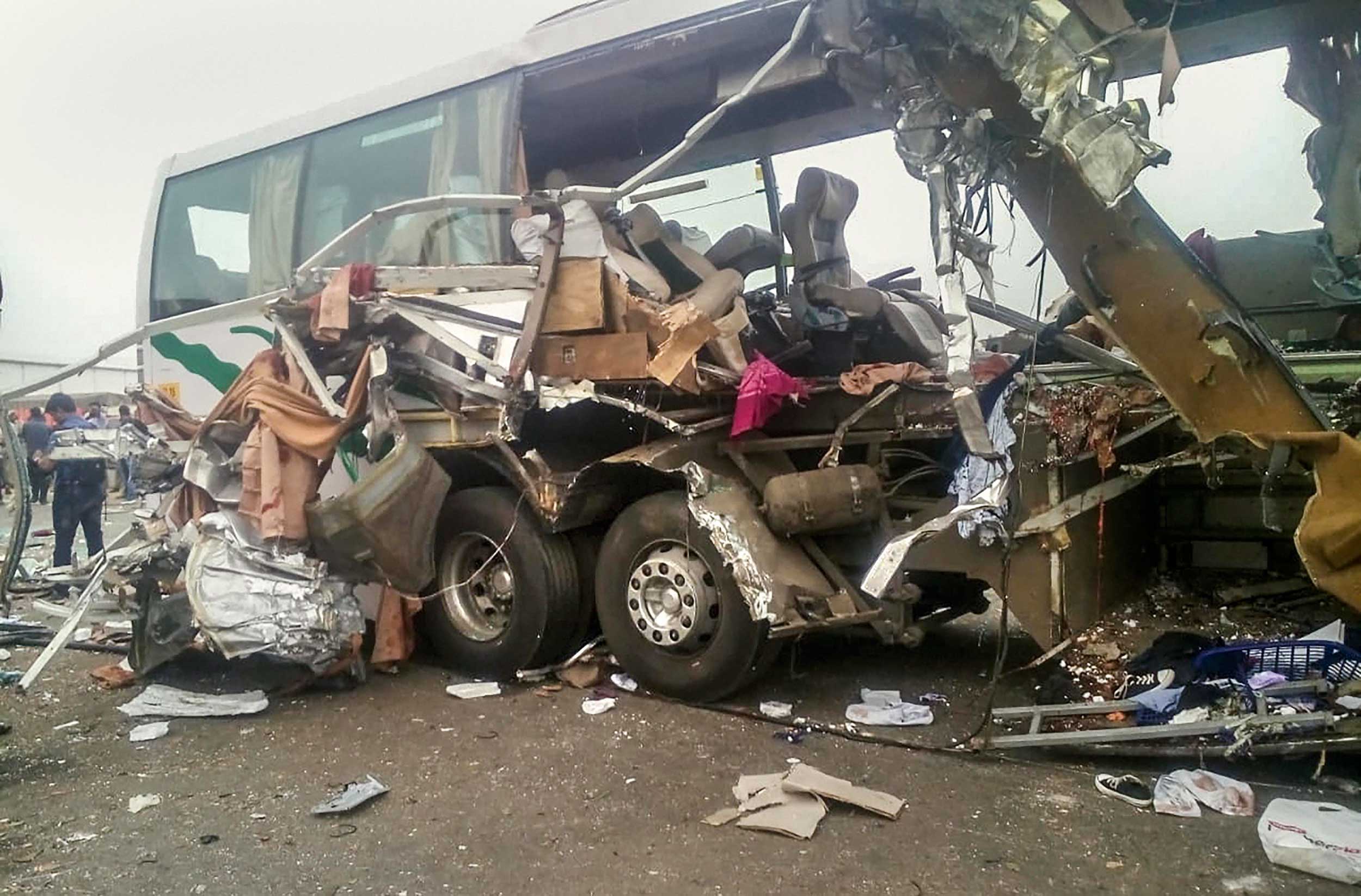 Twenty people died and 28 were injured when the bus they were travelling in collided with a lorry on a Tamil Nadu highway before dawn on Thursday.

Most of the passengers were asleep when the lorry crashed into the bus on the Salem-Kochi highway at Avinashi in Tirupur around 4am. The Kerala State Road Transport Corporation (KSRTC) bus was travelling to Ernakulam in Kerala from Bangalore. Tirupur is located around 450km from Chennai.

The tiles-laden container lorry veered off its path after one of its tyres burst and entered the wrong lane, smashing into the bus and reducing it to a mangled heap, police said.

Twenty passengers, including six women, died at the scene while the injured were admitted to hospitals in Tirupur and some referred to Coimbatore.

Palakkad superintendent of police Siva Vikram said: “It was a high-speed collision. The container lorry had lost control.”

Tamil Nadu chief minister K. Palaniswami said in the Assembly that all the victims were Malayalis.

“Extremely anguished by the bus accident.… In this hour of grief, my thoughts and prayers are with the bereaved families. I hope those who are injured recover at the earliest,” the Prime Minister’s Office said in a tweet quoting Modi.

Though reports initially suggested the bus was proceeding towards Thiruvananthapuram in Kerala, officials later clarified its destination was Ernakulam.

Palaniswami said he had asked the Tirupur administration to coordinate with their Palakkad counterparts to expedite the process of sending the bodies of the deceased to Kerala.

Twenty-three people are seriously injured and are undergoing treatment. Five others suffered simple injuries and had left for Kerala, the Tamil Nadu chief minister said.

“I have directed the Tirupur collector and police officers there to set up a help centre to assist the relatives of the victims and also expedite the process of sending the bodies of the deceased by contacting Kerala officials,” he said.

Karishma, one of the passengers, said she was seated on the left side of the bus and was sleeping when the accident happened.

“I saw many people running around and the injured being taken in ambulances,” she told the media.

Alan, also from Kerala, said he was still finding it difficult to overcome the shock. “I have suffered a minor leg injury. My friend has a nose injury and I am taking him to hospital,” he said.

Jemin George, an injured passenger, said he suffered a cut on his lips and an injury to his forehead that required 10 stitches.