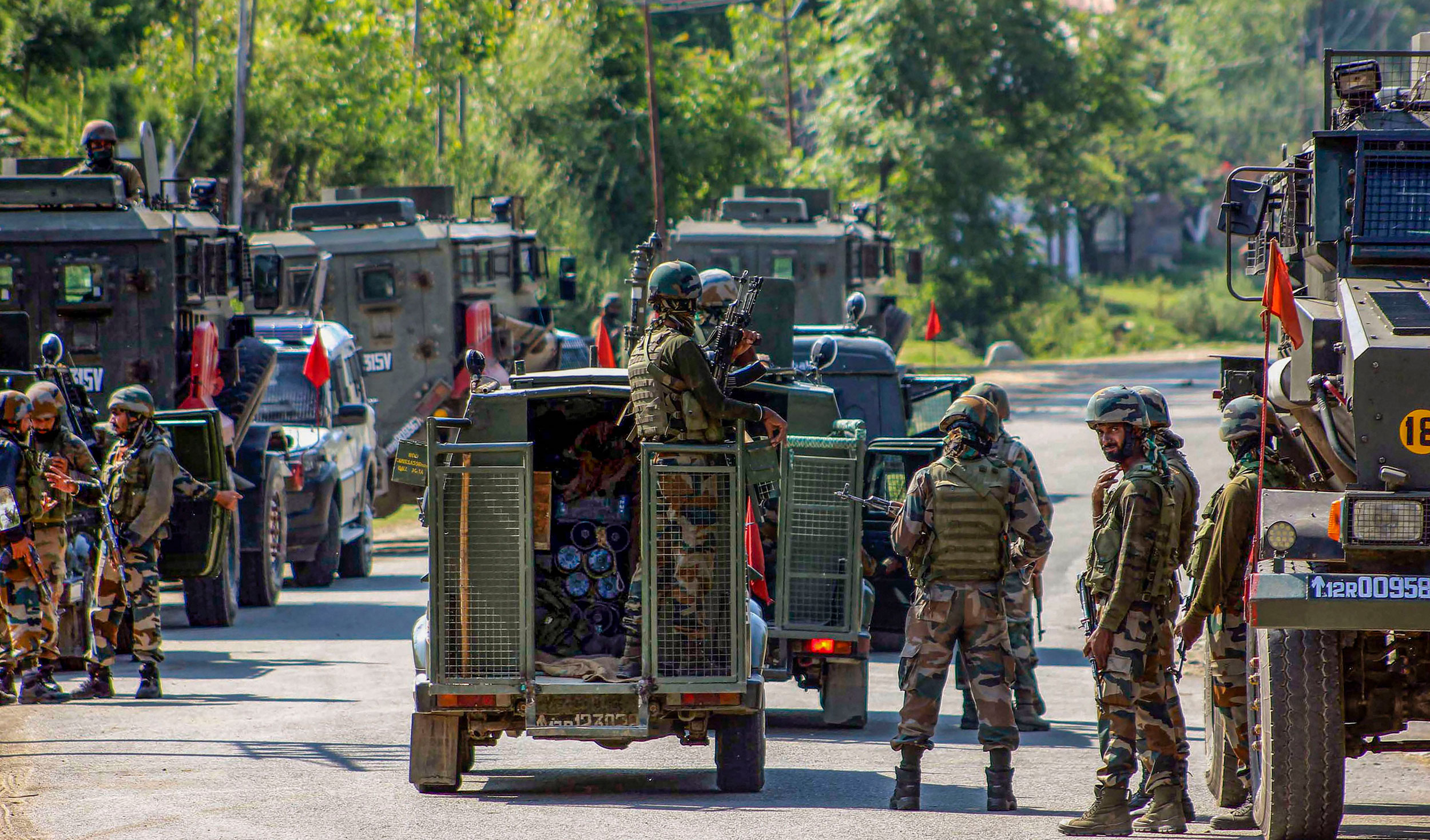 Two terrorists were killed in a gunbattle in Anantnag district of Jammu and Kashmir on Tuesday in which a jawan has lost his life, a police official said.

The terrorists were being identified, he said. Acting on a credible input about the presence of terrorists in Bijbehara area of the south Kashmir district, security forces launched an operation to cordon off and search the area this morning.

The search turned into an encounter after the terrorists opened fire on the security forces, who retaliated.

A jawan was injured in the gunbattle, the official said, adding he succumbed at a hospital.

The exchange of fire was going on when last reports came in.

On Monday, an Army major was killed and another officer and two troopers were injured in an encounter with terrorists in the district's Achabal area. A terrorist was also neutralised.

The same day, terrorists also targeted an Army patrol unit with a vehicle fitted with an improvised explosive device in Pulwama district.

Nine jawans and two civilians were injured. They are recuperating at a hospital.

The site of the blast was 27km from the area where a convoy of vehicles carrying CRPF personnel was attacked by a suicide bomber in February in which 40 jawans were killed.

A Jammu and Kashmir police officer, who had reached the site of the attack shortly after the attack, was sprayed with bullets the moment he had stepped out of his bullet-proof vehicle.

He was flown to Delhi AIIMS, but died on Sunday.