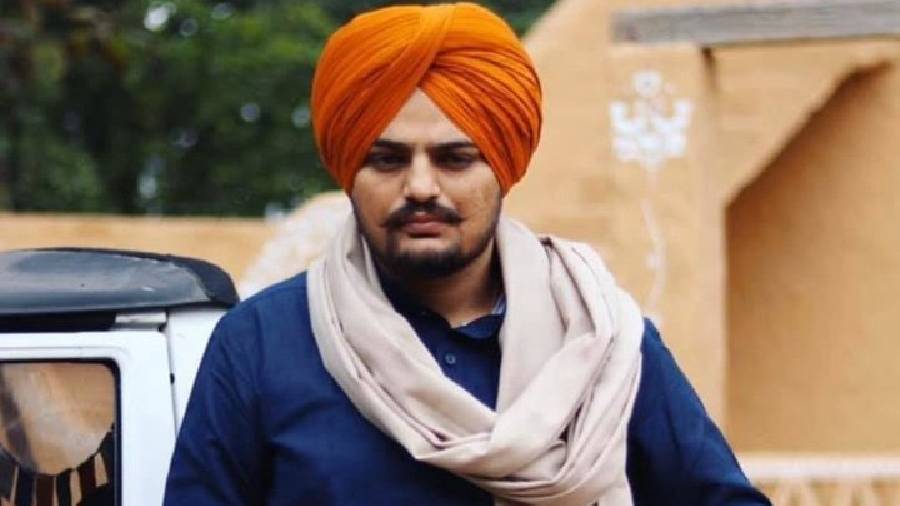 Moosewala was shot dead by unidentified assailants in Punjab's Mansa district on Sunday, a day after the state government pruned his security cover.

The assailants had sprayed bullets on 28-year-old Moosewala in Jawahar Ke village after waylaying his vehicle. At least three weapons were used and thirty empty cases were found from the site.

A panel of five doctors had conducted the post-mortem examination of Moosewala.

The autopsy report said the singer probably died "within 15 minutes" of receiving the injury.

The cause of death was "hemorrhagic shock which is due to ante mortem fire arm injuries described and sufficient to cause death in ordinary course of nature", the report said.

According to the report, Moosewala's body bore maximum bullet injury marks on his right side.

An X-ray of the whole body was also conducted to detect projectiles, it said.

Moosewala's red T-shirt and payjama were having blood stains and multiple holes corresponding to the injuries, it said.

On May 29, Moosewala was shot dead by unidentified assailants in Punjab's Mansa district, a day after the state government curtailed his security cover.

In the attack, the singer's cousin and a friend, who were travelling in a jeep with him, were also injured. At least three weapons were used and thirty empty cases were found from the site.

A CCTV footage, which emerged on social media, showed that the vehicle of Moosewala was being followed by a Corolla car in Jawahar Ke village on Sunday evening.

A Bolero car stopped in front of Moosewala's Thar and then the occupants of both cars started indiscriminate firing at the singer, according to the FIR.

The Punjab police had termed the incident a case of an inter-gang rivalry and had said that the Lawrence Bishnoi gang was behind the murder of Moosewala.

Canada-based Goldy Brar, who is the member of Bishnoi gang, had claimed the responsibility of the murde.