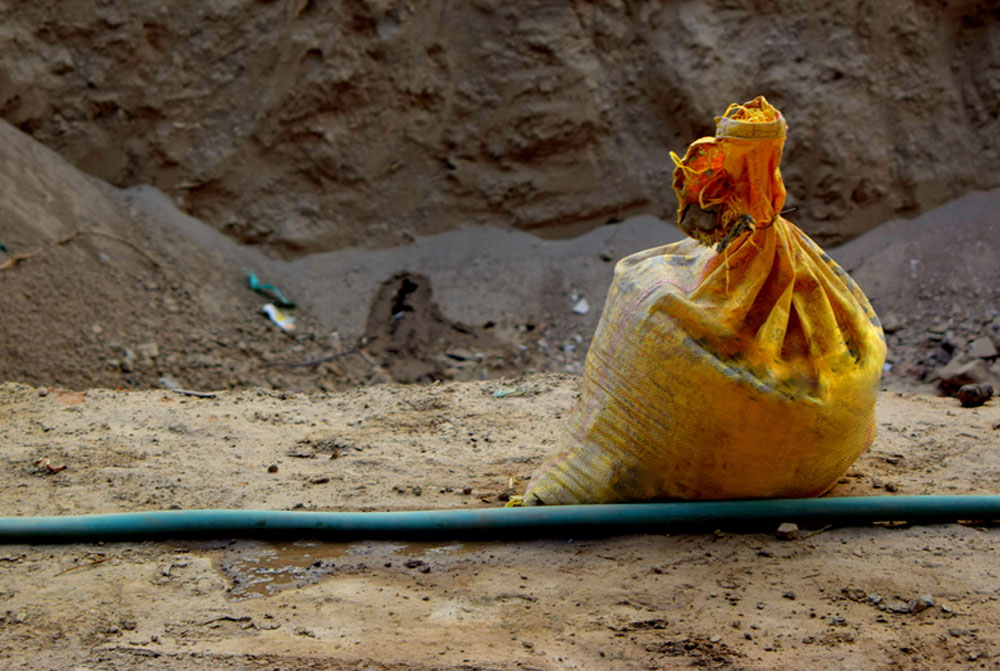 This is the first time in the Delhi-National Capital Region that arrests have been made at construction sites where materials were found uncovered and dust was blowing, they said.

A team of Dadri sub-divisional magistrate Anjani Kumar Singh, police circle officer Bisrakh Nishank Sharma and officials of the Central Pollution Control Board carried out inspections at the construction sites where dust was blowing, the district administration said.

“Eighteen people have been arrested under Section 151 of the CrPC and sent to jail,” the administration said in a statement. Cases are being initiated under the Environmental (Protection) Act, 1986.

The accused were arrested from the sites of Galaxy Builders in Sector 4, Town Central; PKS group in Sector 16B; an under-construction Bharat Petroleum filling station opposite Ecotech 12; and an illegal crushing/grinding unit at Sector -2 (village Patwari), it said.

The district magistrate of Gautam Buddh Nagar, Brajesh Narain Singh, said the same action would be taken against those violating guidelines and orders of the Supreme Court, the Centre and the NGT.

“If we look at the air quality indicators, they are consistently in the ‘poor’ or the ‘very poor’ category and that seems to have become the new normal. We are making all efforts towards checking air pollution and improving air quality,” he said.

Singh added that in compliance with the court orders, 61 people were arrested at Gautam Buddh Nagar for bursting crackers during Diwali and contributing to pollution.

The NGT had last month ordered a temporary ban on construction activities in Delhi-NCR in the wake of the alarming air pollution levels ahead of Diwali. The green panel had also directed that no construction materials be kept in the open even after the ban was lifted.