It is not that they fail in their duty – rather, they disobey courts and tribunals in order to gain popularity and disconcert rivals 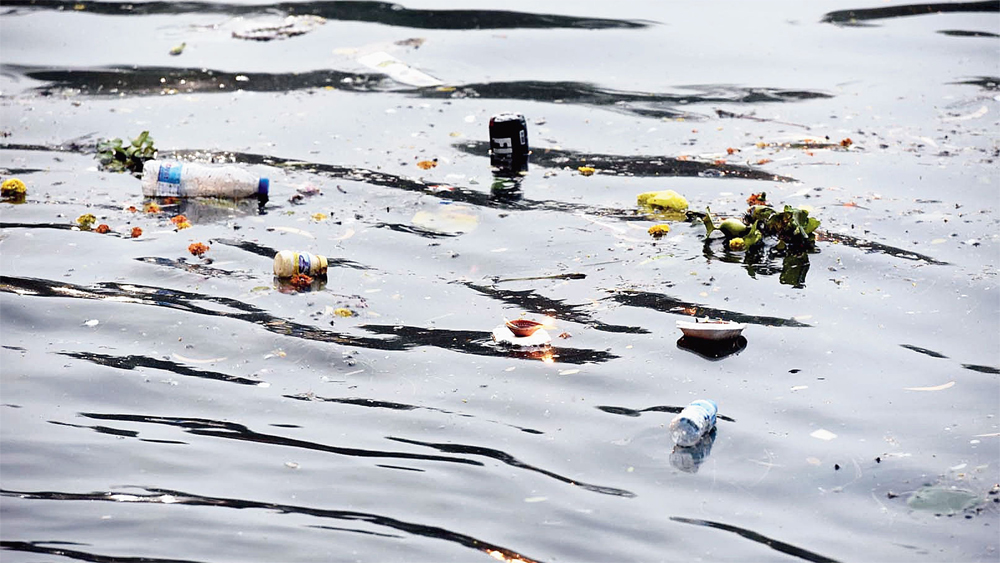 Plastic bottles, flowers and other items float in Calcutta's Rabindra Sarobar lake after the Chhath rituals on Wednesday, November 14. Authorities allowed devotees to use it for rituals in violation the National Green Tribunal's orders
Sanjoy Chattopadhyaya
The Editorial Board   |   Published 16.11.18, 02:45 AM

Keeping order and ensuring lawfulness may have once been considered the government’s duty. In India, this is now an outdated idea. Courts and tribunals bring up issues of scarce popular appeal — the environment, public health, civic order, equal rights, humane treatment of animals and so on — when passing orders of prohibition or regulation. Governments are supposed to carry out such directions, nudging people towards the desired balance, not play politics by offering popular resistance as excuse. Collective disobedience is no less a violation of the law than individual evasion. What happened at the Rabindra Sarobar in Calcutta during the Chhath festival was a direct violation of the National Green Tribunal’s orders. In spite of the NGT prohibition, devotees were allowed to use the waters for their rituals while, reportedly, the police stood quietly by. Neither they nor the Calcutta Metropolitan Development Authority, which maintains the lakes, intervened. This would have been impossible without the state government’s covert support.

It is not as though governments are failing in their duty; they are, instead, disobeying courts and tribunals in order to gain popularity and disconcert rivals. The protests against the Supreme Court ruling allowing women of reproductive age to enter the Sabarimala temple in Kerala could not have been organized without support from dominant political forces, although the state government in that case was trying to enforce the court’s direction. The excuse of ‘tradition’ and conveniently construed notions of ‘culture’ are repeatedly used to resist court orders: the Tamil Nadu government propounded an ordinance to evade the Supreme Court’s ban on jallikattu as a sport that was cruel to bulls. The situation in that case may have been different, even more complicated, than that in Kerala, but the impression that a court’s orders can be overridden by governments and powerful political parties is a dangerous one. One of the most shocking examples of disregard of the court was the affidavit given to the Supreme Court by Kalyan Singh, chief minister of Uttar Pradesh from the Bharatiya Janata Party in 1992, promising to safeguard the Babri Masjid. Ruling politicians in India not only believe that they are above the law, but also that the law can be violated by the people to the rulers’ advantage. Few things can be more self-destructive.