How Donald Trump's impeachment differs from a criminal trial

In Trump's trial, the Senate will serve as both judge and jury 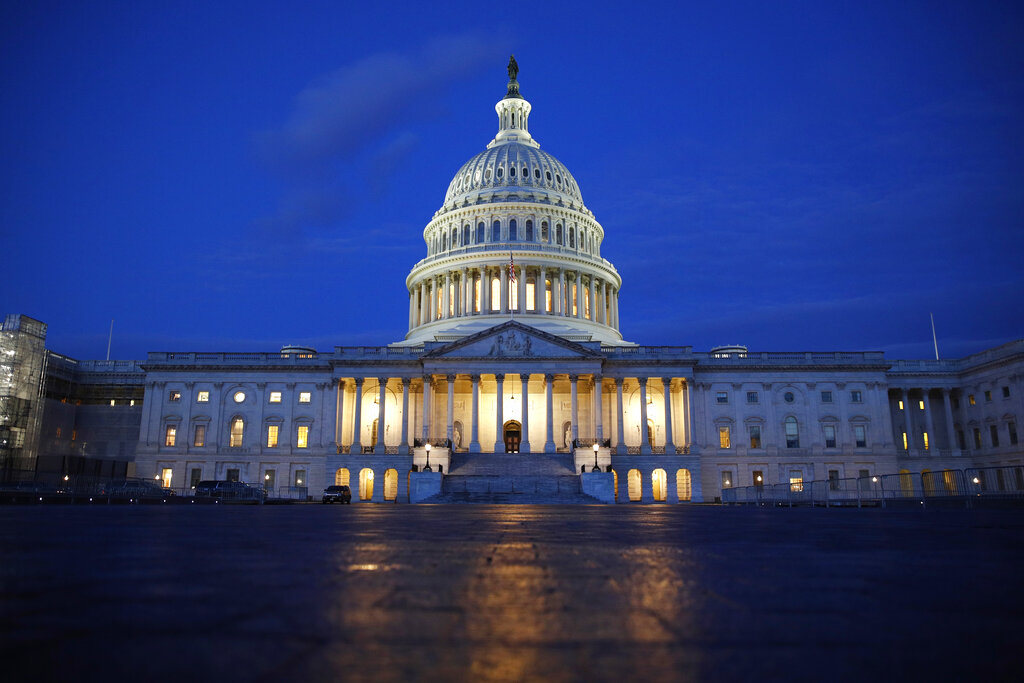 Yes, it's a trial — but the Senate's impeachment proceedings against President Donald Trump won't resemble anything Americans have seen on Court TV.

In Trump's trial, the Senate will serve as both judge and jury. The Republicans who control the chamber can forge their own rules if they have enough votes. And the presiding judge is the top one in America, yet can be decisively overruled.

A look at some of the key differences between a courtroom trial and the impeachment trial that will play out in the coming days: 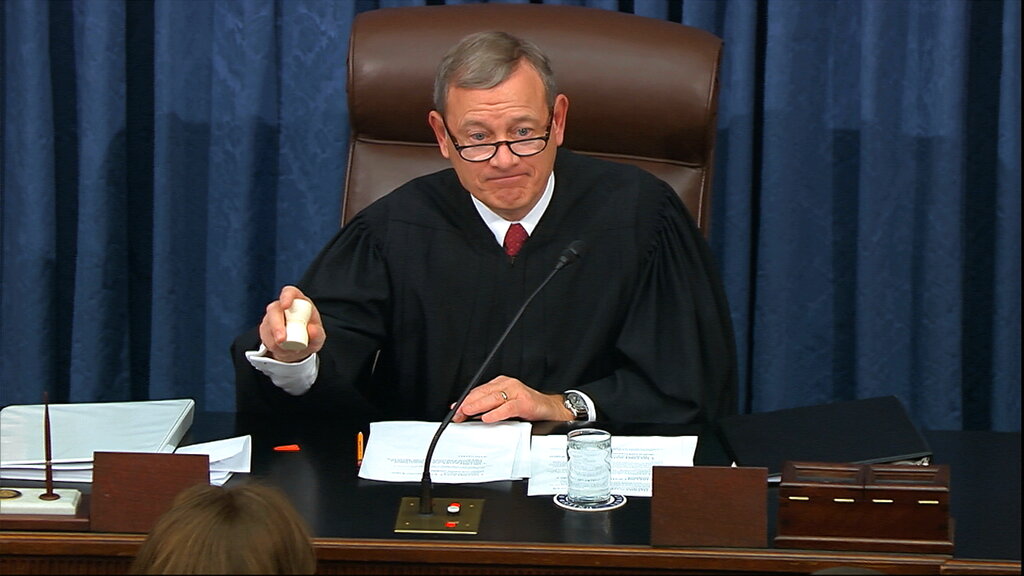 THE JUDGE COURTROOM TRIAL: Federal trials, both civil and criminal, are presided over by District Court judges who are nominated by the president and confirmed by the Senate. They rule on questions of evidence, motions to dismiss a case or to exclude certain testimony, and all other disputes that emerge both before and during the trial. SENATE TRIAL: None other than John Roberts (in picture), the chief justice of the United States, will preside over this case. He made the short trip Thursday from the Supreme Court to the Capitol to be sworn in. Exactly what role he'll play is unclear, though it may be a modest one in keeping with his insistence that judges aren't meant to be politicians. And even if Roberts were to make a ruling from the chair, 51 senators can vote to overrule him.
AP 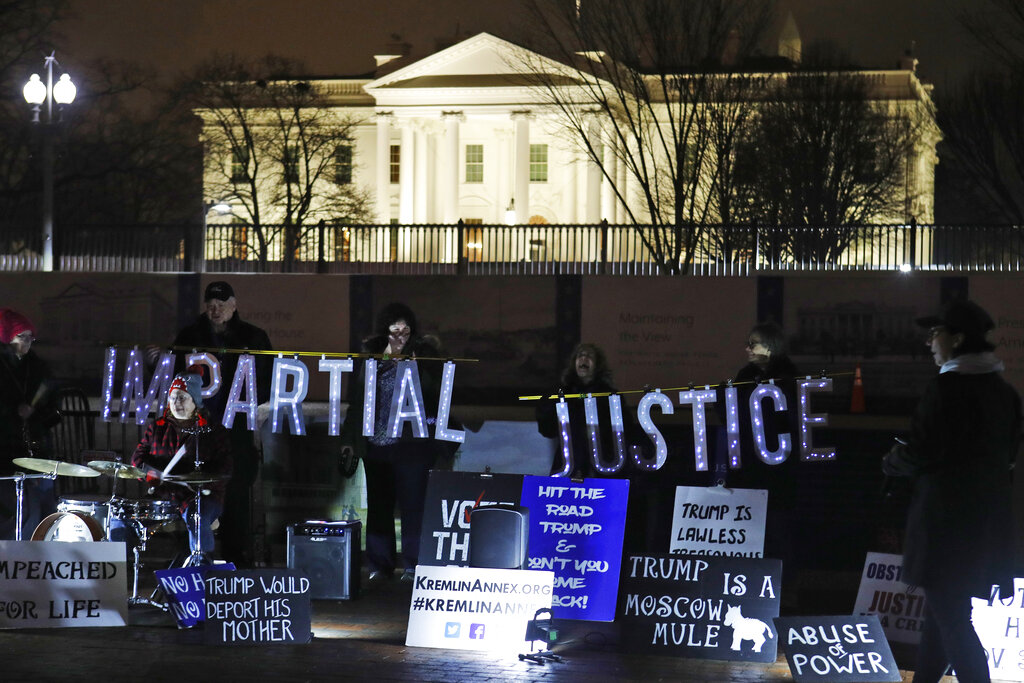 THE JURY COURTROOM TRIAL: It's a bedrock principle of American jurisprudence, and enshrined in the Constitution, that defendants have the right to have their fate decided by a jury of their peers — ordinary citizens who, by design, are meant to lack personal connections to the parties, or other biases or motives that could sway their judgment. They're questioned in advance on their ability to evaluate the evidence fairly and impartially. SENATE TRIAL: The jury pool here is already preordained under the Constitution and neither side gets any say in who gets to hear the case. The 100 senators who make up the chamber will decide the case, invariably bringing their own partisan leanings toward one side or the other. They're not required to check any political prejudices or biases at the door — nor will they. They're also not impassive observers, carrying the power on a majority vote to approve rules or even dismiss the charges.
AP 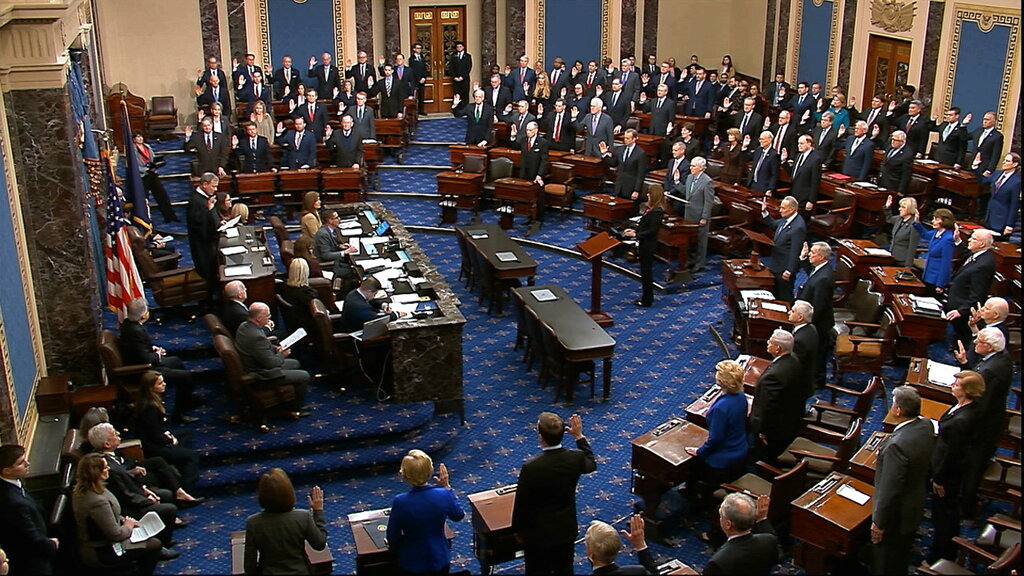 THE WITNESSES COURTROOM TRIAL: The attorneys for both sides get to call the witnesses they think will bolster their side of the case. The lawyers themselves handle the direct questioning and cross-examination, though judges may also ask clarifying questions. Jurors are not invited to interrupt the proceedings with their own questions, nor do they get to decide whether witnesses are called. SENATE TRIAL: The senators themselves, in their roles as jurors, will have the opportunity to submit questions in writing. Under the rules, senators can even be called as witnesses in the trial. And it's not even automatic that there will be witnesses: It requires 51 votes for witnesses to be called.
AP 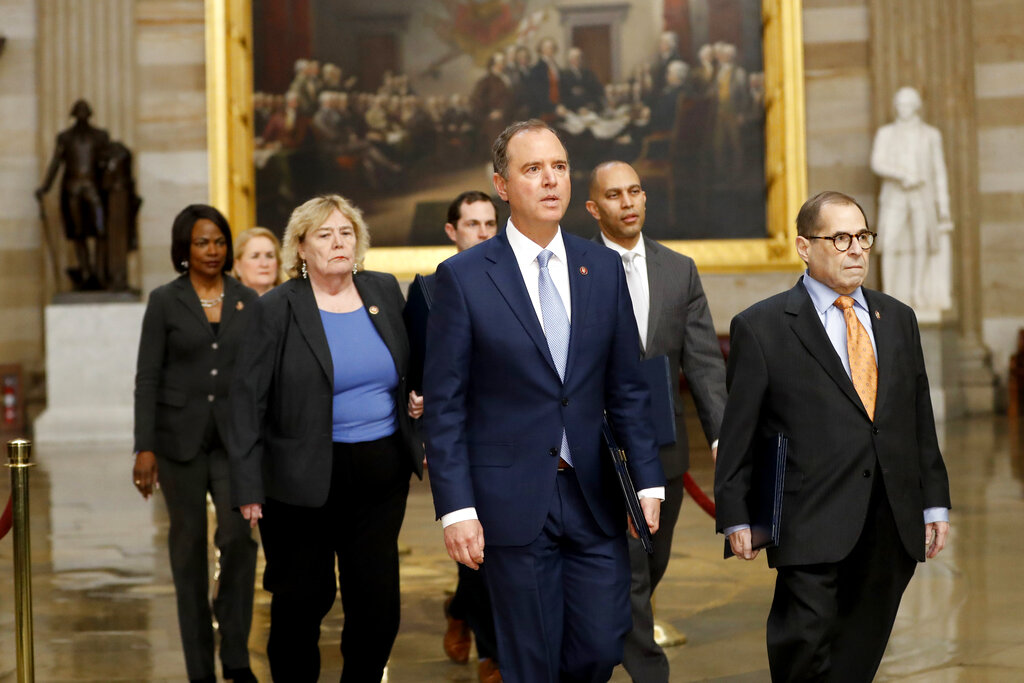 THE PROSECUTORS COURTROOM TRIAL: Federal criminal cases are tried by prosecutors who work for the Justice Department, their names generally unfamiliar to the American public. In state and local proceedings, those prosecutors are often known as assistant district attorneys. They don't align themselves with particular political parties or affiliations. SENATE TRIAL: The prosecutors here aren't prosecutors in the traditional sense. They're actually seven Democratic members of Congress, all selected by House Speaker Nancy Pelosi and given the title of “manager." Some of the seven are familiar faces from their time leading congressional investigations into Trump, including House Intelligence Committee Chairman Rep. Adam Schiff (front centre) of California and House Judiciary Committee Chairman Rep. Jerrold Nadler (right) of New York.
AP 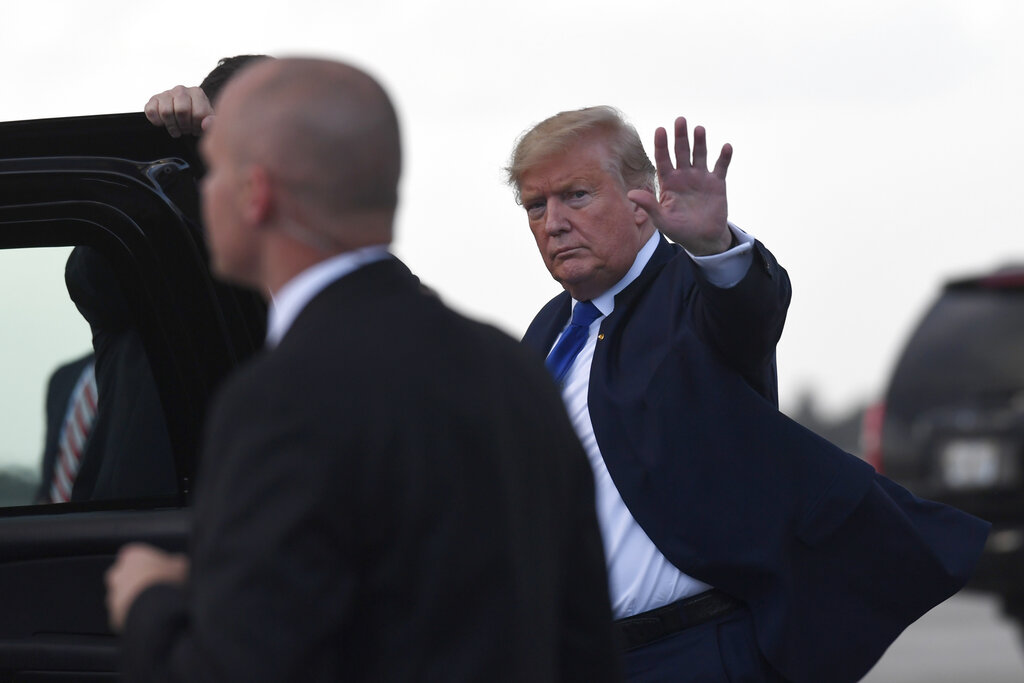 THE VERDICT COURTROOM TRIAL: To declare a defendant guilty in a criminal case, either on the state or federal level, a jury must be unanimous in its decision — no exceptions. If a jury can't reach a verdict after a prolonged period of deliberations, then a judge can declare it as deadlocked and dismiss it from duty. SENATE TRIAL: No such unanimity is required here. It would take a two-thirds majority of senators, 67 if all 100 are voting, to convict the president. Since Republicans make up the majority of the Senate, a conviction is seen as unlikely. If Trump were convicted on either of the two articles against him, he would automatically be removed from office.
AP
Photo Gallery Presidential Debate John Roberts Adam Schiff Nancy Pelosi Trials Impeachment Donald Trump
Share
Advertisement
Advertisement
Advertisement
Copyright © 2020 The Telegraph. All rights reserved.