Could anyone have had better filmland connections than Karan Kapadia? But have you even heard of the boy who’s good at action and had a release, Blank, last week? 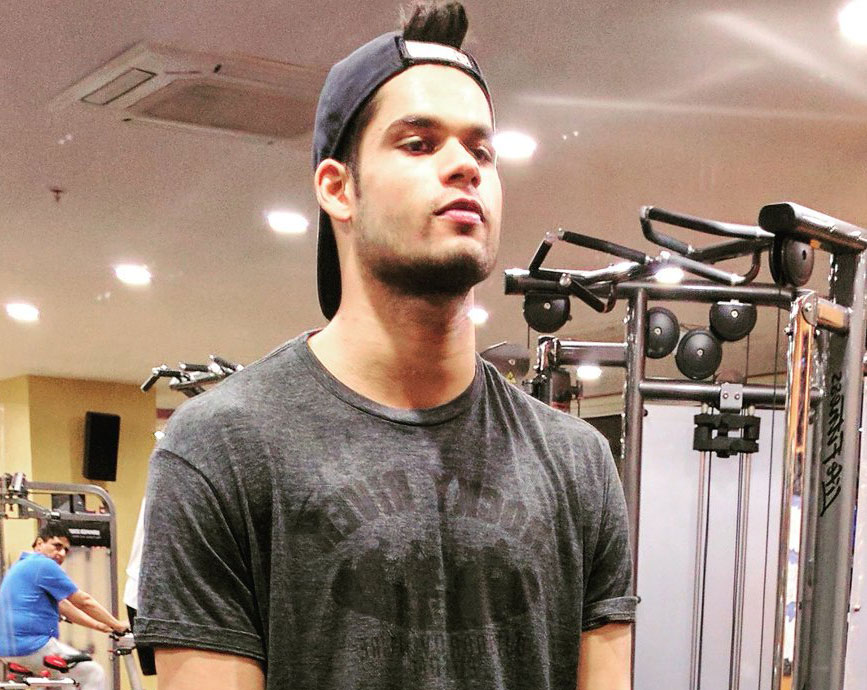 With Tiger Shroff’s Student Of The Year 2 around the corner, it is a good time to test Kangana Ranaut’s rants against nepotism. Student Of The Year (SOTY) was released seven years ago. Two of the three newcomers Karan Johar introduced came through “nepotism” — Mahesh Bhatt’s daughter, Alia, and David Dhawan’s son, Varun. The third was a smashing-looking, unknown boy from Delhi, far more handsome than Varun for sure.

Standing on equal ground with equal exposure and opportunities, any or all of them could have made it big. And, after SOTY, all three of them did get stardom and a variety of work offers. But by a strange coincidence, in the ensuing years, while the two who came with filmland lineage moved from strength to strength, the one who blew it was Sidharth Malhotra.

Alia, who is the only one of the three to make a repeat appearance in the SOTY property with the Hook up number with Tiger Shroff, has had 12 releases so far (i.e. excluding guest appearances). She has a commercial strike rate of over 80 per cent with only Shandaar and Kalank really tanking at the box office. Films such as Highway and Udta Punjab may not have set the box office on fire but they elevated Alia as a performer. In fact, after worthy work in movies such as Highway, Raazi and Gully Boy, she has been accepted as one of the best actresses in Hindi cinema today.

Varun has matched Alia, with 12 releases and an equal strike. With only Dilwale and Kalank under-performing at the box office, Varun also showed versatility by juxtaposing flamboyant fare like Judwaa 2 with sober Shoojit Sircar cinema like October and YRF’s Sui Dhaaga. However, unlike Alia, he’s not yet awards material but is at the top of the heap as a reliable actor. And he has huge audience-acceptance.

In wistful contrast to the naamdaar kids, Sidharth has had only nine releases; Brothers, Baar Baar Dekho, A Gentleman and Aiyaary failed big time while Hasee Toh Phasee and Ittefaq were averagely successful. So, only three (SOTY, Kapoor & Sons and Ek Villain) really succeeded. A strike rate that’s slightly over 50 per cent. Additionally, he hasn’t quite earned the kind of applause that his co-stars have as actors.

In a scenario where Alia and Varun have proved to be naamdaar and kaamdaar, would it be fair to say that they reached this enviable position because of nepotism? Or to conclude that Sidharth isn’t in the same position because he’s an outsider? Once he bagged SOTY, it was even-stevens for all three. So it wasn’t tougher for Sidharth than it was for Alia and Varun but it has been tough luck for him.

The discussion on the link between nepotism and success leads to Salman Khan’s new film, Bharat, which is being promoted song by song. There’s a really Govinda-brand frivolous number, Slow motion, that has caught on. People stood by to pounce on Salman for using Pakistani talent in his film (as he usually does by promoting Rahat Fateh over Arijit Singh) but he has assured everybody that he’s got only homegrown vocals in Bharat. Slow motion has been sung by Mangalore-born Indian boy Nakash Aziz, who also did the exuberant Selfie le le re in Bajrangi Bhaijaan. Though hardly connoisseur’s choice of music, Nakash’s hit numbers include Jabra Fan for SRK and Gandi baat for Shahid Kapoor. So here’s another talent that’s quietly entered with no connections.

With a cousin like Twinkle Khanna and big names such as Akshay Kumar, Sunny Deol and Dimple Kapadia raising you since you were a child, could anyone have had better filmland connections than Karan Kapadia? But have you even heard of the boy who’s good at action and had a release, Blank, last week?

It does make one wonder if nepotism really works in an industry where charisma, performance, work choices and a big helping of luck, count more than which door you used to come in.