Advertisement
Home / Entertainment / To dance or not to dance

To dance or not to dance 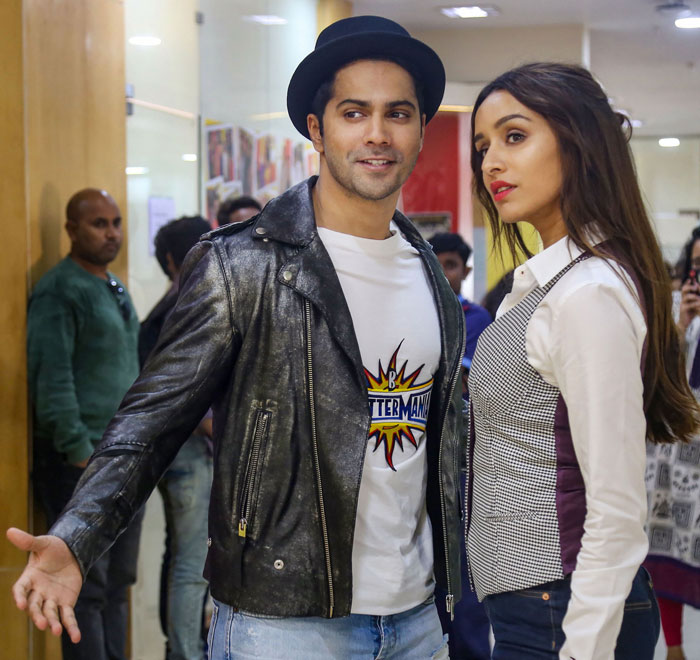 Varun Dhawan and Shraddha Kapoor during the promotion of their film Street Dancer 3D in Mumbai
(PTI photo)
Published 25.01.20, 06:50 PM

Perhaps it helps to sometimes pay heed to your instincts. It has been whispered that young Varun Dhawan had a serious Hamlet moment when he debated with himself over the script of his latest film Street Dancer 3D. Should he do the film or step out of it? For reasons best known to him, he put his misgivings aside and went on to dance his heart out in the next edition of his 2015 film ABCD 2.

After 11 straight box office earners that began with Student Of The Year in 2012, Varun couldn’t make it a dozen when Kalank halted that golden run last year. Would his 13th turn out to be fortuitous for him?

Varun Dhawan’s biggest plus is that he has a young audience rooting for him, especially when he dances. So the well-promoted Street Dancer came guaranteed to succeed over the opening weekend. However, Varun would do well to listen to his instincts over a script. A string of opulently shot dances cannot take him, or a film, very far if it isn’t backed by a credible story and an incredibly interesting screenplay. What in the world did he see in the script — if there was one indeed — of Street Dancer 3D? If Varun would like to go back to that idyllic run of undoubted hits, it’s a question he needs to ask himself and answer with honesty.

Of course, there are many other questions swirling around too. For instance, are Ajay Devgn and Kajol upset with Saif Ali Khan? Laughably, it was humour that backfired which was at the root of this controversy. A tweet from Kajol’s account that wagged a finger at Saif had said, “You betrayed me in Omkara and now during promotions also... Hope you read this in Switzerland.”

It is true that Saif was bringing in the New Year in Switzerland when the team of Tanhaji was busy promoting the film here. But Kajol’s tweet (which was quickly pulled down) was not just in jest but also put out from the wrong account by Devgn’s social media team. For how could Kajol have tweeted even as a joke that Saif had betrayed her in Omkara when she herself was nowhere in the film? It should have come from Ajay Devgn’s Twitter account, not Kajol’s.

Besides, both husband and wife have individually done films quite amicably with Saif in the past. And how many would remember that Saif was to have been Kajol’s first hero?

For the benefit of a younger generation, here’s a repetition of what happened in 1992 when Kajol’s mom, Tanuja, had spoken to me about the film in which her daughter would debut with “Rinku’s” son. Tanu called Sharmila Tagore by her pet name “Rinku” and they were among the few actresses who lived in south Mumbai, a stone’s throw from each other. I still recall one of Raj Kapoor’s parties which the two actresses had attended together — Sharmila didn’t have her driver around that day and didn’t know driving. So Tanu, an expert at the wheel, had driven her to the party.

But, as older people would recollect, Bekhudi, the film that was to launch Kajol and Saif, took an unusual turn. Unusual, when you look at it in hindsight. Saif had come down to Mumbai, stayed in his mother’s apartment (which had been locked up after the family moved to Delhi) and shot for Bekhudi before he was shown the door by director Rahul Rawail for showing little promise as an actor. Bekhudi itself had tanked and Kajol made it big only after Baazigar, which came along the next year. As for Saif, he also got a role the next year, in a multi-star flop called Parampara which Yash Chopra directed.

Kajol and Saif did come together very soon thereafter when they did Yeh Dillagi (1994) and Ole ole fetched Sharmila’s son enough popularity never to look back again. It has always been a professionally conflict-free relationship between the Devgns and Saif.

So when Ajay celebrates the success of his 100th film, Saif will be raising a toast too — it is after all Saif’s only hit in the last several years.