Street Dancer 3D is that dancing film in which the heroine isn’t a good dancer, so a stand-in comes in 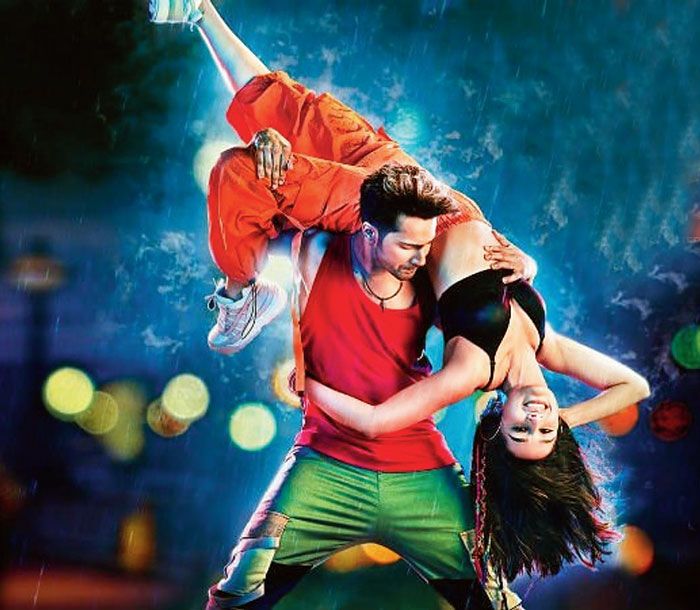 Runtime: 146 minutes. Snooze time: 126 minutes. That pretty much sums up director Remo D’Souza latest dance fest. All the backflips and tight torsos don’t save a plot.

Street Dancer 3D is that dancing film in which the heroine (Shraddha Kapoor plays Inayat) isn’t a good dancer, so a stand-in comes in the form of Nora Fatehi. It is that dance film in which the hero (Varun Dhawan plays Sahej) focuses more on his torso than on the music and dance movements. This is that film where a veteran dancer has to save the day… read Prabhudheva. In fact, you wouldn’t miss anything if you skip the first 40 minutes of the film.

In what feels like a speedily produced plot, there is a lot of focus on Sahej even though the character hasn’t been well etched out. He is Mr Nice Guy who tries to revive his down-on-luck brother’s dance troupe in London to win a championship where the rule is to have no rules. The company he keeps comprises young dancers whose primary connection with India is longing. The rival troupe is led by Inayat whose heart beats for Pakistan and its cricket team while her parents have no inkling about their daughter’s dancing career.

The extra baggage comes in the form of a third group that’s led by an Englishman who thinks the film is a version of UK’s dance reality show, Strictly Come Dancing. And in his group is Nora Fatehi’s Booboo, who is Sahej’s girlfriend for most of the runtime. The fourth element features the many people from India (and its neighbouring countries) who have managed to land up in the UK but poverty is making them look for a passage back to their respective countries.

Can Team India and Team Pakistan combine force to win the poor tickets to return home? Will Sahej give up his Booboo bear (remember the cartoon character Yogi Bear and his companion Boo-Boo!) for Inayat? Will Sahej right his wrongdoings (don’t expect us to give away the only twist in this tale)? It’s anybody’s guess.

All we can say is the 20-odd watchable minutes in the film are ruled by Prabhudheva. Even at 46, the man can move. He still has the whippy moves and that actually makes things difficult for Varun Dhawan. The Muqabala muqabala man puts to shame the young actor’s dancing to the upbeat, monotonous music that clogs the storyline. A subset to the problem is presented by some of the amazing background dancers, who fill in for what Varun and Shraddha lack. Earning the flick brownie points are some 3D gimmicks.