The Last of Us, O Sweetie Sweetie, Chakki, Coffee With Kadhal, Banaras: New teasers and trailers 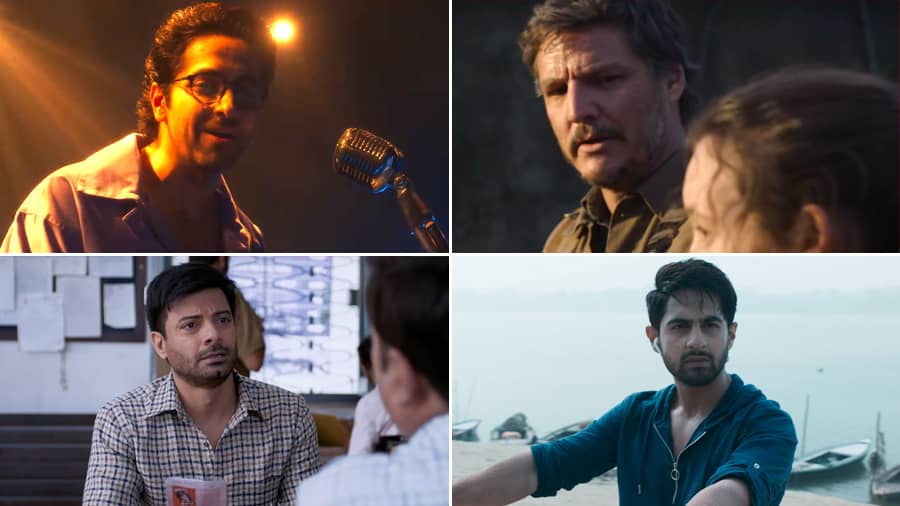 The makers of Ayushmann Khurrana’s upcoming social comedy Doctor G dropped the teaser of the new song O Sweetie Sweetie. Penned by Raj Shekhar and composed by Amit Trivedi, the song has been sung by the Vicky Donor actor himself.

In the upcoming film, Ayushmann plays Dr Uday Gupta, who wants to specialise in Orthopaedics, but is stuck in an all-female class of Gynaecology. The film also features Shefali Shah and Rakul Preet Singh.

Doctor G will hit the cinemas on October 14.

The Last of Us

HBO Max has unveiled the teaser of a live-action adaptation of Naughty Dog’s action-adventure game The Last of Us, which is headlined by The Mandalorian star Pedro Pascal and Game of Thrones star Bella Ramsey.

The teaser takes fans down memory lane as it traces the franchise’s first outing, which includes Outbreak Day itself when the Cordyceps infection triggered chaos across America. The series is written by Craig Mazin, who previously wrote Chernobyl.

Zee Music Company has come up with the official trailer of its upcoming social drama Chakki. Directed by Satish Munda, the film stars Rahul Bhat and Priya Bapat in lead roles. The music for the film has been composed by Indian Ocean.

In the trailer, we see a young middle-class businessman who gets a faulty electricity bill for his shop. He then tries to go to the authorities but gets trapped in a never-ending cycle of bribes. The fiasco spoils his personal life and even affects his love life.

Chakki will have a theatrical release on October 7.

The teaser of the upcoming Tamil-language romantic comedy film Coffee With Kadhal has been released by its makers. The film is headlined by Jiiva, Jai and Srikanth, while Malvika Sharma, Amritha Aiyer, Raiza Wilson, Aishwarya Dutta, Dhivyadarshini and Samyuktha Shanmugam play the female leads.

The trailer hints at a complicated romance drama with high doses of comedy. We see Jai and Jiiva go after the same woman (played by Malvika), creating a love triangle. The film is directed by Sundar C.

Coffee With Kadhal is set to release in the theatres on October 7.

The trailer presents a brewing romance in the backdrop of the historical city of Banaras. The Ganga and the famous ghats of the city are featured in the trailer, which also combines concepts of time travel.

Banaras will arrive in the cinemas on November 4.