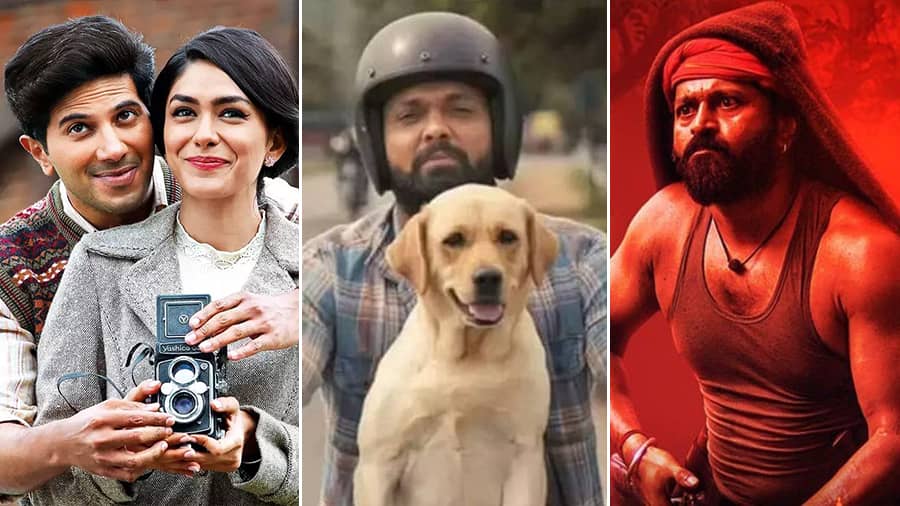 Giving credence to the old adage that slow but steady always wins the race,  a handful of movies from the South defied their slow opening by picking up pace through word of mouth and becoming the biggest blockbusters of 2022. Here are five such sleeper hits in south Indian languages that struck gold at the box office worldwide.

Starring Kamal Haasan as a secret service agent, Lokesh Kanagaraj struck box office gold with his Tamil film Vikram. With Fahadh Faasil as Agent Amar, Vijay Sethupathi as the antagonist drug lord Sandhanam and a cameo by Suriya, Vikram emerged as the third highest-grossing Tamil movie of all time. The high-octane thriller, which hit the cinemas on June 2, shows how Amar and Vikram get entangled in a drug racket while investigating a murder committed by a group of masked serial killers. Vikram collected Rs 430 crore worldwide.

Written and directed by Rishab Shetty, this Kannada mythological action thriller features Rishab himself apart from Sapthami Gowda, Kishore and Achyuth Kumar in key roles. Produced by Hombale Films, the makers of the blockbuster KGF franchise, Kantara revolves around a local strongman who must protect his village when a forest officer seeks to displace them. The total collections of Kantara stand at Rs 406.75 crore (gross) at the worldwide box office. After its September 30 release at cinemas, the Kannada film was released in Hindi, Tamil and Malayalam, which expanded its reach far and wide in the country.

Karthikeya 2 is a Telugu adventure thriller written and directed by Chandoo Mondeti. A sequel to the 2014 hit Karthikeya, Karthikeya 2 starred Nikhil Siddhartha in the lead role of a young doctor who gets embroiled in a murder case and has to crack some codes involving a mythological treasure in order to clear his name. The Hindi dubbed version of Karthikeya 2 had a limited release on August 13. The number of shows increased in the subsequent week because of positive word-of-mouth. The worldwide gross collection of Karthikeya 2 was Rs 120 crore.

This Kannada film showcased the bond between a man and his dog and is one of the surprise hits of 2022. Directed by Rakshit Shetty, 777 Charlie went on to gross Rs 100 crore worldwide. The heartwarming drama, which released on June 10, follows the story of a lonely factory worker, Dharma (played by Rakshit Shetty), whose life changes after he finds a dog, bearing the tag ‘Charlie’, at his doorstep. As their connection grows, the man and the dog embark on a journey to Kashmir to fulfill Charlie’s long-harboured wish to play in the snow.

Hanu Raghavapudi’s Telugu romantic drama starring Dulquer Salmaan and Mrunal Thakur opened to rave reviews on its release. Sita Ramam followed the story of Lieutenant Ram (played by Dulquer Salmaan), an orphaned army officer posted in Kashmir, who falls in love with Sita Mahalakshmi (played by Mrunal Thakur) after receiving a string of letters from her. Rashmika Mandanna and Sumanth feature in other key roles. Buoyed by the success of the film, the makers released a Hindi dubbed version on September 2. Sita Ramam grossed Rs 91 crore at the worldwide box office.