Advertisement
Home / Entertainment / Shefali Shah: ‘Want to give all my energy to directing films when I am ready’

Shefali Shah: ‘Want to give all my energy to directing films when I am ready’ 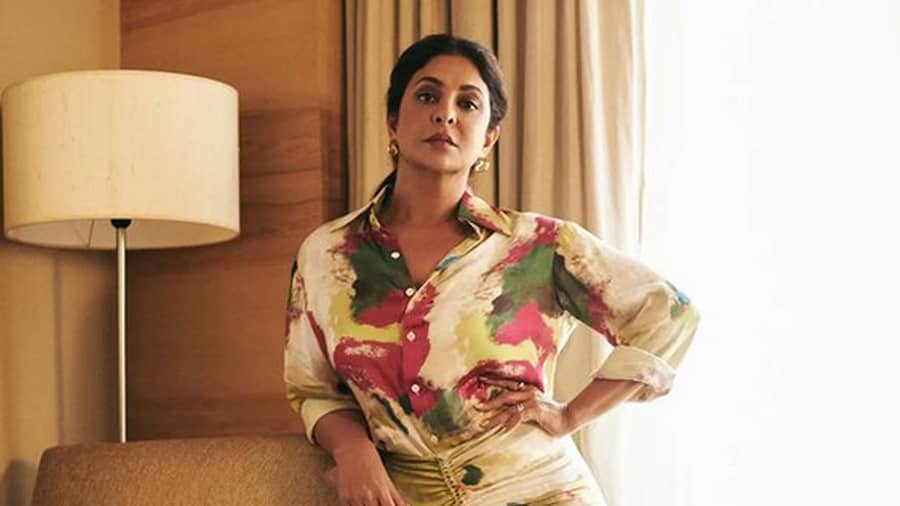 Delhi Crime star Shefali Shah isn't in a hurry to direct her first feature film as she is enjoying the current phase in her acting career, the 49-year-old has said.

For the actress, the year started with Disney+ Hotstar medical thriller series Human. She followed it up with the Prime Video social thriller film Jalsa, for which she won the best actress award at the Indian Film Festival of Melbourne last month.

With rave reviews coming her way for two back-to-back Netflix projects — dark comedy movie Darlings and Season 2 of the acclaimed police procedural series Delhi Crime — she is on a roll.

Asked whether she plans to helm her first full-fledged film following two shorts which she released in 2020, Shefali said, “Yes, but at the right time.”

“I really want to, I directed those two short films and it's addictive,” she told PTI about the self-starring COVID-19-based projects Someday and Happy Birthday Mummy Ji.

All her energies will go into direction when she chooses to shift gears, added the National Award winner.

“I wouldn't be doing anything else when I do that, but I will. It needs a lot of work to dive into something like that. It takes a lot of time. I want to be able to give that unadulterated time when I'm ready,” added Shefali.

The actress will next be seen in a special appearance in the upcoming campus comedy Doctor G with Ayushmann Khurrana and Rakul Preet Singh.

The actor described the Anubhuti Kashyap directorial as a light-hearted movie on an important issue.

“I have a very small part. It was a commitment I made quite some time ago. I thought it would be exciting to be a part of an ensemble cast again. It is a script I really loved. I'm really looking forward to watching the film and seeing how it's shaped up,” she added.

Shefali also has 3 of Us, directed by Avinash Arun of Paatal Lok fame, in the pipeline. The relationship drama stars Jaideep Ahlawat and Swanand Kirkire as well.

The film will see Shefali play a fragile character, a marked departure from her roles embodying strength such as DCP Vartika Chaturvedi from the Delhi Crime franchise.

“It is a part that I haven't played. There's a trend associated with what I do maybe because of the parts that I have played. But this character is so fragile, vulnerable and delicate,” she said.

Shefali, who is in discussions for a couple of projects, said she has become “choosier” about her work over time.

“I'll wait for something that really excites me. It has been a great year professionally. I have to do something which matches up or takes it higher. I have to get back to work when I really am excited about something. So, I'll wait. The wait game has played out well for me,” she added.