Rubaru Roshni is about loss, love and forgiveness 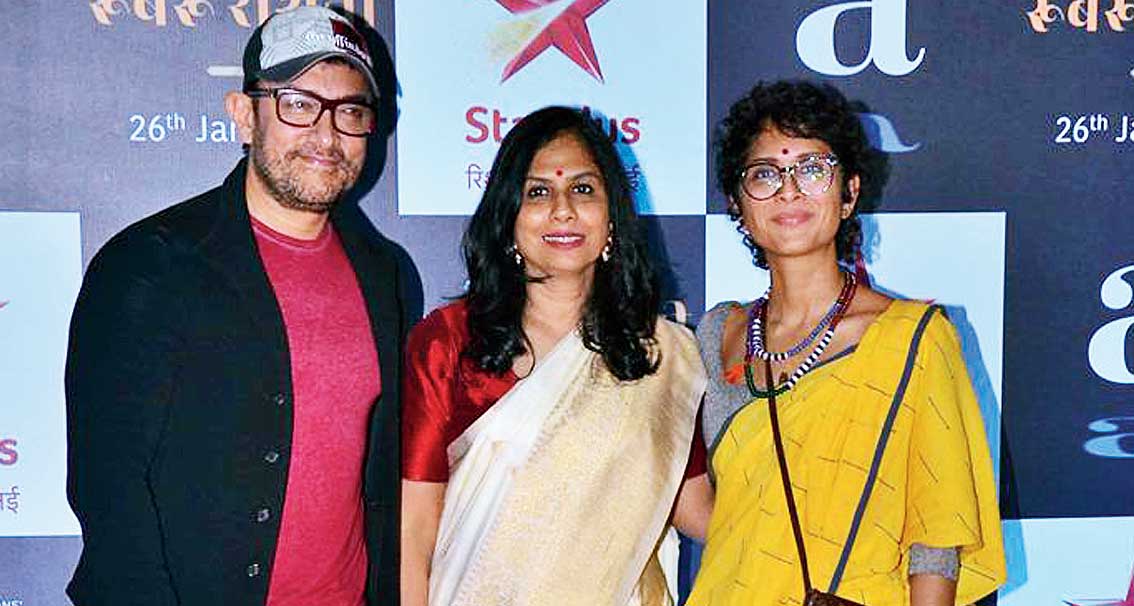 Rubaru Roshni (Where the Light Comes In) recounts three stories through interviews with the people connected with each — the assassination of politician Lalit Maken in the ’80s, the brutal murder of Sister Rani Maria Vattalil, and, the 26/11 terror attack in Mumbai. The stories span decades, geographies and demographics but the themes of loss, love and forgiveness run through them. Produced by Aamir Khan and directed by journalist-turned-filmmaker Svati Chakravarty Bhatkal, of Satyamev Jayate fame, Rubaru Roshni is streaming on Hotstar. t2 caught up with Svati to know more about the deeply emotionally film.

What prompted you to make Rubaru Roshni?

After Satyamev Jayate ended in late-2014, I was trying to decide what I wanted to do next. That’s when I came across an article that had outlines of Avantika Maken (Lalit Maken’s daughter) and Samundar Singh’s (who murdered Sister Rani Maria Vattalil) stories. That article struck a chord and I decided to investigate. I just wanted to meet these people and know their truth. I didn’t think I’d want to make a documentary. The more I met them I realised that there was something special that the world needed to see and hear.

What made you pick the three specific stories?

By the time I started filming I had quite a few stories but it wouldn’t have been possible to tell them all. They were all amazing stories of loss and love but I had to keep the length of the film in mind. These three stories not only have an arc but also span significant periods of time. Avantika and Kuki’s (Singh, who killed Lalit) story covers almost two decades, Samundar and Sister Maria’s starts in the ’90s and the third chapter begins on November 26, 2008.

Which one of these was toughest to see through, both emotionally and logistically?

Honestly, I can’t pick any one. All three were emotionally really difficult. I couldn’t really afford to cry during the interviews but there were times that I couldn’t stop the tears. Logistically, it wasn’t very tough because I didn’t really have to do a lot to convince each of the protagonists. For example, I met Samunder through Swami Sadanand, who works with prisoners in Madhya Pradesh. He called me to meet him in his ashram near Bhopal. He offered me lunch and then asked me to meditate with him. We talked through lunch that he had personally cooked for me and after the meditation session, he called Samundar himself and told him that I wanted to talk to him.

I would travel every morning from Bhopal to Samundar’s village for a few days. It was the same with all the other protagonists. I met them all initially just because I was curious about what actually happened and then shot after we had established a relationship of sorts.

When did Aamir Khan get involved as a producer?

He came on board almost at the beginning. After Satyamev Jayate ended, most of the team moved on to the Paani Foundation (a not-for-profit company set up in 2016 by the team of Satyamev Jayate) but I didn’t. He asked me why I wasn’t working with the foundation and that’s when I told him the idea for this documentary and narrated the stories to him. He immediately said that he’d want to produce it.

What’s the inspiration behind the title?

I had quite a few working titles but when we were sending the film to the censor board, Aamir asked me if I had decided on any one title. There is a couplet of Rumi’s — The Wound is Where the Light Enters. I thought it really summed up the film because even though these are dark stories of loss, there is light at the end; there is hope. I told Aamir that I wanted the English title to be Where the Light Comes In and he suggested that the Hindi title would be Rubaru Roshni. It fit perfectly.

Now that Rubaru Roshni is done, is there any chance that we could get some more of Satyamev Jayate?

I really doubt it. Like I mentioned, the team has moved on to the Paani Foundation. I have also now joined them and we are very committed to the cause. Also, Aamir’s busy with his film commitments.

Tapsee Pannu back with Amitabh Bachchan for Badla