This film is undoubtedly Zoya Akhtar's best work so far 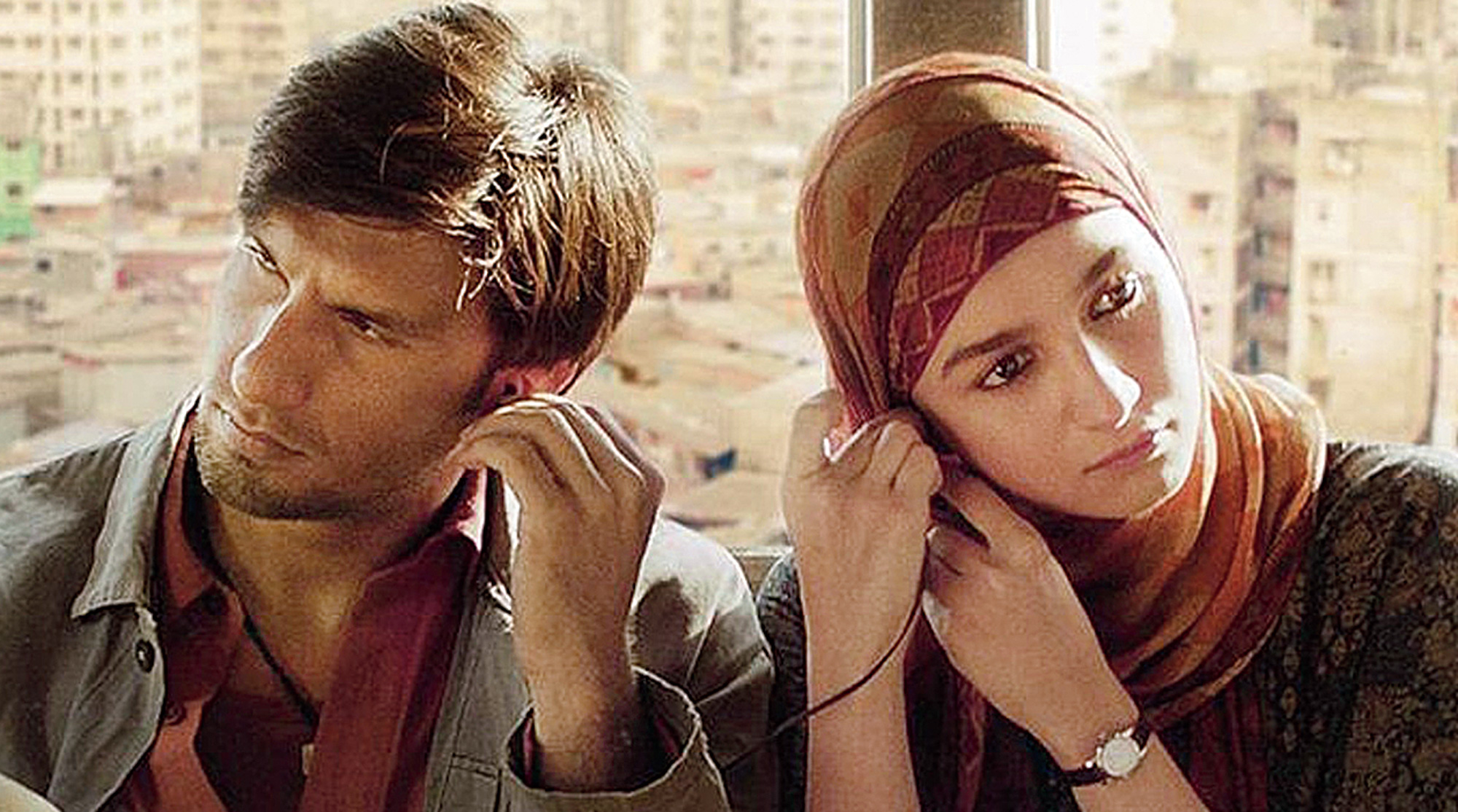 Gully Boy is the need to break free. The want to rise above one’s reality and reach for one’s dreams. The ambition to make one’s place in the world and not go into the night silently. Zoya Akhtar — in what is undoubtedly her best work since her debut film Luck By Chance — crafts a straight-from-the-heart story about broken dreams and unflinching hope, but tells it from the point of view of the minority and the marginalised.

This is a film that works on many levels — as a tribute to the underground music scene, a comment on class conflict and socio-economic disparity, a coming-of-age tale and an underdog story. Above all, Gully Boy is a hugely entertaining film that will keep you hooked, ingraining you in its emotional landscape and making you feel for its characters.

“The voice of the streets” is the beating heart of Gully Boy — “a shout-out to the original ‘Gully Boys’ Naezy and DIVINE” — two breakout stars of the Mumbai underground rap scene whose success stories have given a voice to thousands of youngsters aspiring to find their place under the sun.

Gully Boy is set in the world that Naezy and DIVINE grew up and made their music in. Murad (Ranveer Singh) is one such young man, living in the slums of Dharavi and boxed in not just by his cheek-by-jowl tenement, but also by fate and circumstance. His father (excellently played by Vijay Raaz) has brought home a second wife, not much older than Murad, and domestic squabbles are a daily fixture. A student by day and a car-jacker by night, Murad pours his frustration and claustrophobia into the words he feverishly pens in his diary.

His childhood sweetheart Safeena (Alia Bhatt) is the only bright spot in Murad’s world. Together since age 13, their relationship is a secret but there is a comforting familiarity to their equation. Safeena is a firecracker with a volatile temperament and prone to violent bouts of jealousy, who will not tolerate any other girl doing “gulu-gulu” with her guy.

It’s a part that Alia — who plays Safeena as an unpredictable pocket-sized dynamite — owns and she often steals the show from Ranveer when they are in the same frame.

Though hailing from different socio-economic backgrounds, Murad and Safeena have a freedom song on their lips. For him, breaking free is about leaving his squalid surroundings behind (“Iss basti mein saare palkein bheege kyun hain?/ Kyun lagta hai yeh basti andha kuaan hain?” he jots down through his tears at one point); for her, it’s as simple as being allowed to apply lipstick (there’s even a lipstick applying scene in the middle of a busy train station that instantly reminds one of the iconic scene from Satyajit Ray’s Mahanagar).

Murad doesn’t know his place in the world, but he’s determined to find it, constantly exhorting himself with “Apna time aayega”. He plugs in his earphones and shuts the world out through his music… before deciding to make some himself.

That opportunity comes calling when he chances upon rapper MC Sher (Siddhant Chaturvedi, making quite an impression on debut), who introduces him to the underground rap scene and encourages him to give vent to his “andar ka lava”. Murad finds his calling, raps himself to a viral video and becomes the man he was always destined to be — ‘Gully Boy’.

Though it follows a predictable underdog tale template, Gully Boy is a story with soul. What primarily works is its authenticity. In her earlier films, Zoya has been accused of focusing on rich people lamenting in their Louis Vuittons, but here she transitions smoothly to set up Murad’s world — the stench and squalor, the hopes and dreams — very impactfully in the first hour. It’s a lived-in landscape shown through the eyes of someone who knows it inside out and not from an outsider’s perspective.

She’s also not out of depth when the film changes tone and texture, sucking one into the largely unfamiliar world of rap battles and modern-day protest music, and coming good on the film’s promise of “Asli hip-hop se milaaye Hindustan ko”.

A lot of the film’s realism comes from Jay Oza’s brilliant camerawork — Mumbai is made to feel like a character here — while Nitin Baid’s scissors ensure you remain engaged through the 156-minute running time.

What also makes Gully Boy a compelling watch is that in a film about words, it’s the silences that impact more. Murad mostly internalises his frustrations before he finds an outlet through rap, while the love between Murad and Safeena is conveyed through their eyes.

Much of this impact is courtesy a restrained act from Ranveer who lends an innate authenticity to Murad — to the point of rapping himself — and never falls prey to artifice. Pink actor Vijay Varma, as Murad’s pal Moeen, is the other standout act. As Sky, an affluent music student who helps Murad in his musical journey, Kalki Koechlin is saddled with the most under-written character, but is in the middle of one of the film’s best scenes — it involves Safeena, violent rage and a beer bottle.

Ultimately, Gully Boy is the film it is because of its music. A 18-song compilation brought together by diverse artistes — with some well-known rappers cameo-ing as themselves — the sounds stay with you long after the curtains come down. But the film presents its lyrics without subtext, stopping short of politicising them.

But that’s merely nitpicking in a film that could well become a rebel anthem and a clarion call for every underdog struggling to strike out. And your heart soars when Murad, a smile playing at the corner of his lips, exults “Main kuch hoon aur meri koi aukaat hai”. Yes, this one hits you. “Bohot hard”.