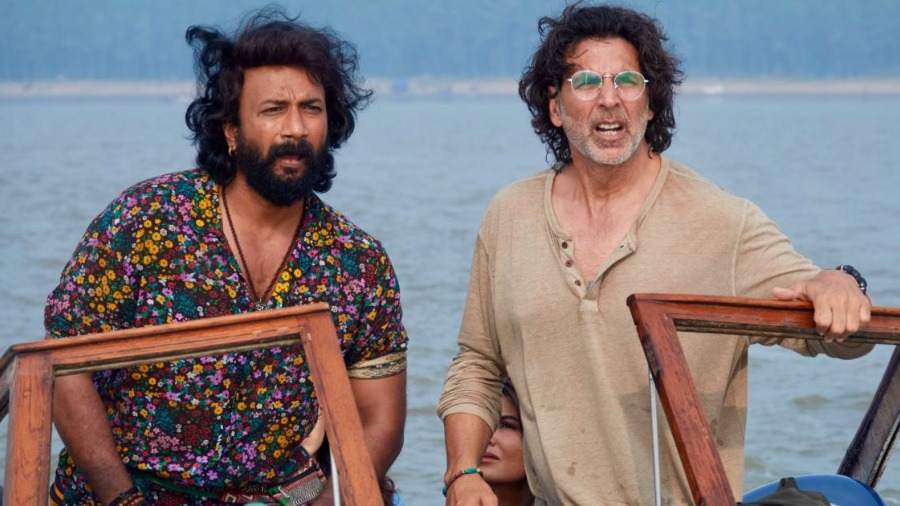 Director Abhishek Kumar’s Ram Setu has turned the tide for the film’s leading man — Akshay Kumar. Ram Setu grossed Rs 15 crore on the first day, which was the second biggest opening for a Bollywood film in 2022 after the Ranbir Kapoor-Alia Bhatt-starrer Brahmastra.

On October 25, the action adventure film clashed with the other Hindi Diwali release of the year, Thank God. But while Ram Setu set the cash registers ringing, the Indra Kumar-directed comedy starring Ajay Devgn, Sidharth Malhotra and Rakul Preet is playing catch-up.

The year began with a jolt for Akshay

2022 did not start well for Akshay, who has had a total of four theatrical releases this year till now. Three films — Bachchhan Paandey, Samrat Prithviraj and Raksha Bandhan — banking on him bombed at the box office.

An action comedy film directed by Farhad Samji, Bachchan Paandey was right up Akshay’s alley but it failed to make a mark despite support from Kriti Sanon, Jacqueline Fernandez and Arshad Warsi in the cast. Bachchan Paandey registered a worldwide gross collection of Rs 73.17 crore, facing stiff competition from Vivek Agnihotri’s The Kashmir Files, which had released a week earlier.

The big-budget historical drama directed by Chandraprakash Dwivedi did low business in the first week and collected only Rs 55 crore nett, despite being made tax-free in several states. There was a growing sentiment that Akshay didn’t quite fit the bill of a king from one of the glorious chapters of Indian history.

Raksha Bandhan, directed by Anand L. Rai, was an even bigger box-office dud. With a soppy story revolving around Akshay as a brother trying to marry off his four sisters, the film was heavily criticised for its rampant body shaming, discrimination based on skin colour and for showing Akshay’s character to be supporting the dowry system. Raksha Bandhan made a measly Rs 34.47 crore in the domestic market.

Ram Setu breaks the rough streak at the box office

Though this film has its share flaws – being preachy is one of them – Abhishek Kumar’s Ram Setu halted Ashay’s downward slide with a crackling opening on Diwali.

Akshay’s salt-and-pepper geek look was different from his previous outings and his atheist archaeologist character, who races against time to crack a mythology-based code, added a much-needed flair to the adventure film. Ram Setu grossed Rs 26.65 crore in the first two days in India. And despite mixed reviews from critics, it is going strong at the box office.