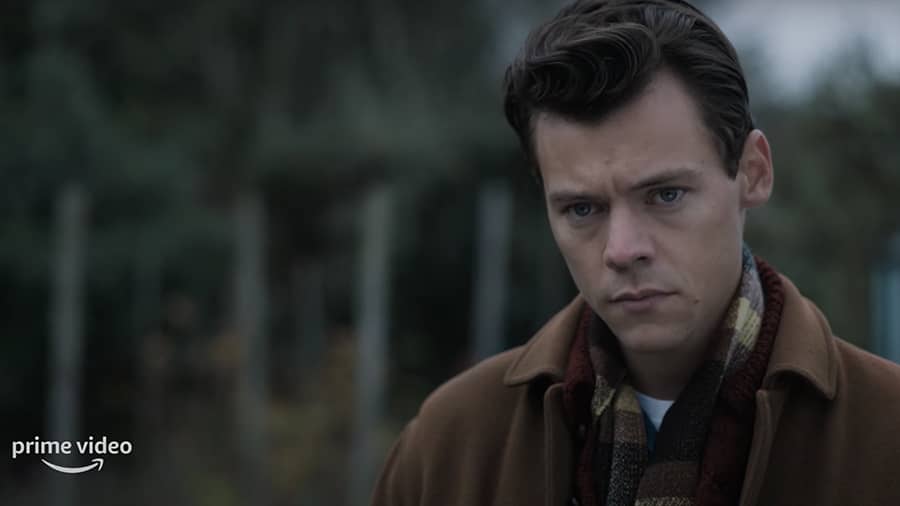 The streaming platform posted the trailer of the film on Twitter on June 15. “Let it take hold of you. #MyPoliceman, coming to select theaters on October 21 and Prime Video on November 4,” the tweet read.

Let it take hold of you. #MyPoliceman, coming to select theaters on October 21 and Prime Video on November 4. pic.twitter.com/ePr1kStalW

Alongside Harry Styles, the cast of My Policeman includes David Dawson, Rupert Everett, Emma Corrin and Gina McKee. It is directed by Michael Grandage and written by Ron Nyswaner, based on Bethan Roberts’ book of the same name.

The one-minute-six-second-long teaser trailer highlighted the trio's strained relationship but revealed nothing about what's in store for the next period drama. The three look to be close friends, but the relationship between the two men appears to be generating a larger rift in the group, as they try to suppress their love for one another.

This is the fourth film appearance for Styles, who shot to fame as a solo artist from the British boy band One Direction. He has already released his third solo album Harry’s House in May.

The 28-year-old’s other film credits include Christopher Nolan’s Dunkirk and Olivia Wilde’s drama Don’t Worry Darling, which is releasing in theaters in September. He also played a cameo in Marvel’s Eternals.

The romantic drama will be released in theatres in the US and the UK on October 21, and on Prime Video worldwide on November 4.