The actor, who turned director with the film Khudgarz in 1987, cut his 73rd birthday cake today 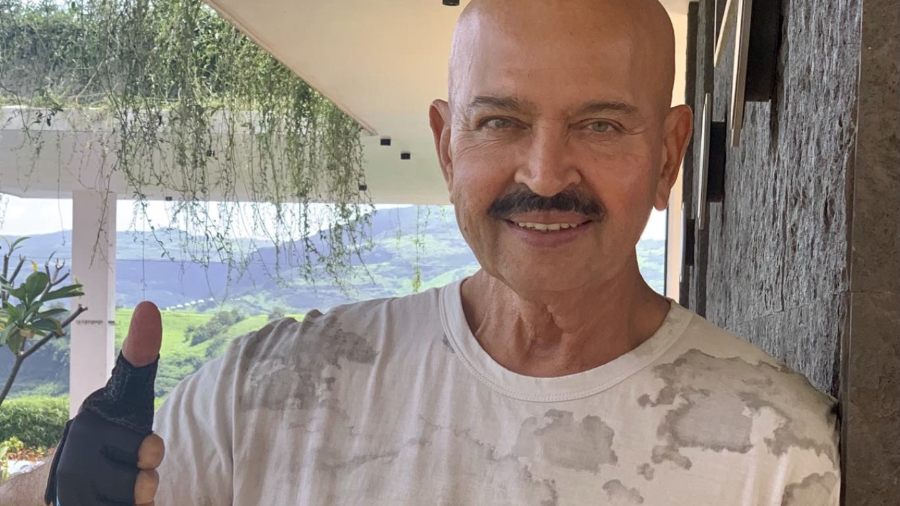 Actor, producer, filmmaker — Rakesh Roshan, who turned 73 today, has juggled a lot of different roles for decades. Having started his acting career in 1970 with the family drama Ghar Ghar Ki Kahani, Roshan donned the director’s hat with Khudgarz in 1987 and has been at it since. Here’s our pick of four films directed by Rakesh Roshan that have earned an iconic status in popular culture.

When it was made, Koi…Mil Gaya was a first-of-its-kind science-fiction film in Bollywood. Roshan made a special appearance as scientist Sanjay Mehra whose efforts to reach out to life in outer space led to an alien getting stranded on Earth. The film follows Sanjay’s son Rohit Mehra (played by Hrithik Roshan), as he tries to help the alien, Jadoo, get back to his spaceship. The success of Koi…Mil Gaya led Roshan to make the Krrish film series. Krrish 4 is reportedly on the way.

This film was meant to be the launchpad for his son Hrithik but it also ended up giving the nation a new heartthrob. Under his father’s direction, Hrithik played a double role — first as an aspiring singer and then as a rich NRI. The movie’s soundtrack and Hrithik’s killer moves in the song Ek Pal Ka Jeena helped Kaho Naa... Pyaar Hai turn into a blockbuster and cemented Hrithik’s status as a romantic hero.

Karan Arjun is a movie that most ’90s kids have watched many times over. Shah Rukh and Salman Khan took on double roles in this film about the rebirth of two brothers Karan (Salman) and Arjun (Shah Rukh) to avenge their deaths and the torment faced by their mother Durga (Rakhee) at the hands of Thakur Durjan Singh (Amrish Puri) and his cronies. It also had Kajol and Mamata Kulkarni as the love interests of Shah Rukh and Salman’s reincarnated characters.

Roshan’s second directorial venture, Khoon Bhari Maang, was all about woman power. The action thriller has Rekha in the central role of Aarti Verma, a sheltered homemaker, who later goes on to become a successful model to seek revenge on her second husband, Sanjay Verma (Kabir Bedi), who had tried to kill her. Roshan played Aarti’s first husband. The critically and commercially successful movie is also responsible for introducing us to the nightmare of being eaten alive by crocodiles.