What impact does the trial have on viewers? Does it deter survivors of sexual violence from coming forward? 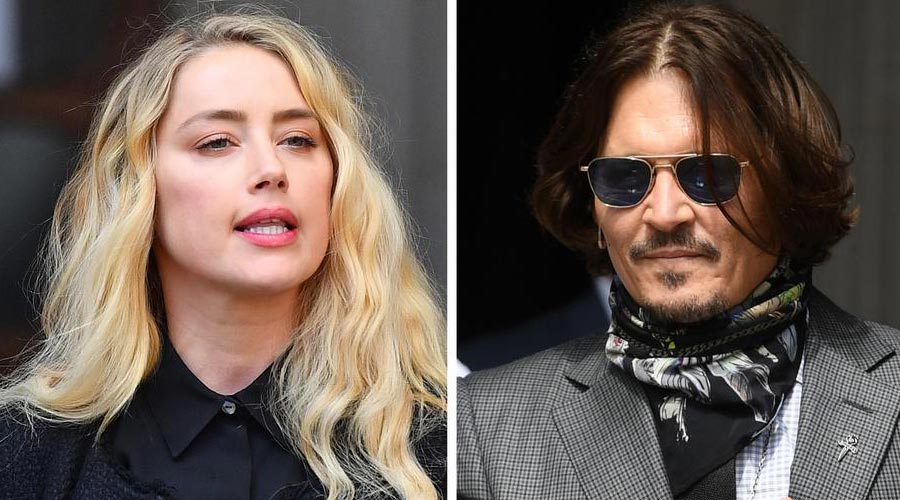 With the livestream of the actors' legal dispute dominating social media, how has it impacted public perception as well as survivors of sexual violence?

The defamation trial of Hollywood stars Johnny Depp and Amber Heard has long been making headlines, and with the trial coming to an end, there is heated online debate about the guilt or innocence of either party. While awaiting the verdict, social media influencers and their followers seem to have already passed their own judgements. The fact that so many people have a clear opinion on this celebrity mudslinging is probably mainly due to the fact that the trial is being streamed live on the internet.

It all started with an op-ed Amber Heard published in the Washington Post in 2018 during the time of the #MeToo movement. In her essay, she wrote about how she too had experienced domestic violence. She did not name her ex-husband, Johnny Depp, in it. However, the "Pirates of the Caribbean" star sued Heard in 2019, claiming that she had defamed him. He claimed that it adversely affected his professional reputation and in turn accused his ex-wife of being the actual perpetrator. Heard responded with a countersuit. It has since become a battle of testimonies with millions of dollars in damages at stake. On May 27, closing arguments will be heard and a final verdict is expected soon.

The 'curse of the cameras'

Viewers worldwide have been able to follow the court battle, free of charge via the digital broadcast platform "Court TV." Some see it as an amusing feud between Hollywood millionaires, others as an unbearable farce.

The "curse of the cameras" is at the heart of the problem, Cologne-based media lawyer Lucas Brost told DW.

"The pictures stick — a crying Amber Heard or a smiling Johnny Depp. That evokes particular emotions and also reactions in the population."

From a German perspective, the trial is "a very serious violation of personal rights," Brost said. He is very critical of the fact that such a trial has been subjected to public scrutiny, that PR teams are being used, that there are conflicting interpretations of the process, all resulting in preconceived judgements. "This way, the public forms an opinion that in the end has nothing to do with what the court may decide."

A public procedure is intended to guarantee the greatest possible transparency in the United States.

"The approach is understandable, but it goes — as this trial shows very clearly — far beyond what it was intended to do. The media presence acts like a fire accelerant." Every facial emotion can be directly commented upon and "sent into the ether", said Brost, referring to the countless people who have shared images from the trial on social media channels.

A form of entertainment?

Brost speculated that no one benefits from this public procedure, with Amber Heard's reputation especially being harmed by the live broadcast: "The public pendulum is swinging in favor of Johnny Depp."

However, the trial is not a career booster for the Hollywood star either, since sordid details have come to light that will remain in the public's memory.

Meanwhile, numerous memes, parodies or video snippets of the trial have been making their rounds on the internet. Influencers are either taking sides or ridiculing the trial, creating the impression that it is merely a form of entertainment.

US sociologist Nicole Bedera, who specializes in sexual violence research, fears that the trial could have far-reaching consequences for survivors of sexual violence.

The damage done by influencers is immense, she told DW. Influencers usually benefit from a "snowball effect" of algorithms.

"Once you have a lot of people already on Johnny Depp's side, it looks like he has won the internet before Amber Heard's side of the case has even been presented," Bedera said.

People supporting Heard have also faced online backlash. According to Bedera, this has led to many of them feeling that they can no longer speak out — especially survivors of sexual violence who identify with Heard but who are intimidated by such publicly scrutinized campaigns. Furthermore, Bedera is concerned that survivors might be deterred from taking legal action against perpetrators in the future. Or they might even keep quiet about their traumatic experiences altogether.

But why do people tend to side with Johnny Depp? Why does the hashtag #IStandWithAmberHeard on TikTok have just 9.3 million views, while #JusticeForJohnnyDepp has gotten around 16.7 billion views (both as of May 27)?

According to Bedera, there is a certain public idea of a "perfect victim that really no survivor can live up to."

This bias, she says, leads to greater empathy for men accused of sexual violence. "Philosopher Kate Manne calls this phenomenon 'himpathy,' which is the excessive empathy that is given to men at the expense of women specifically in this context."

It comes as no surprise, Bedera says, that Depp gets more sympathy than Amber Heard. "With these biases that come into play when such a trial is live, the man involved is almost always favored, especially if he is an abuser.

Playing on even after verdict

The dispute between Amber Heard and Johnny Depp has been going on for a while now. For an independent assessment, previous court cases, like Depp's libel case against the British tabloid "The Sun," should also be taken into account.

But Bedera is certain that the media attention the case is now getting is unique. "It's not typical to see a hashtag used billions of times."

At any rate, both sociologist Nicole Bedera and media lawyer Lucas Brost agree that the case will probably not be over with the court hearing. Such proceedings, which involve violence and celebrities, often have a major social impact.

"I do think that we'll continue to see this case come up for a very long time," Bedera predicted. "I don't know when it will stop trending on Twitter."