What did Jaya Bachchan say to spark off polarised debate and warrant protection for her family? 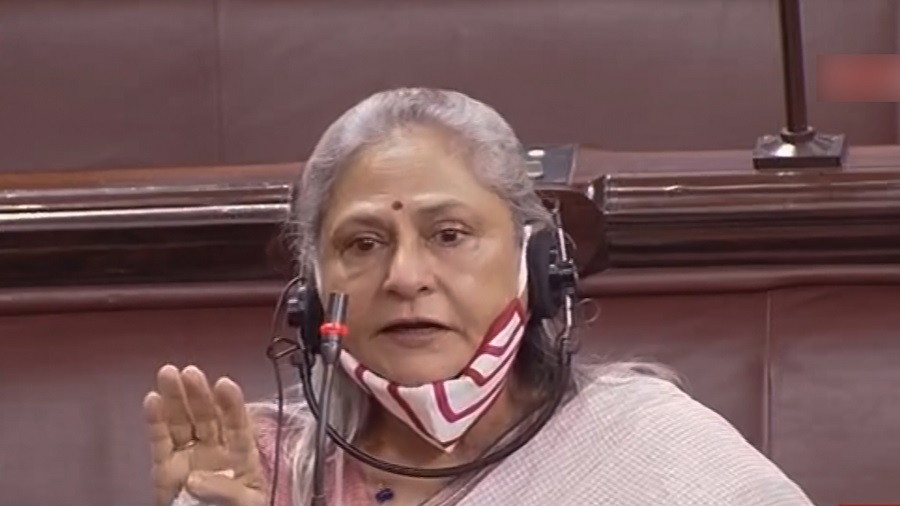 On Monday, September 14, there was collective hope that a posse of Mumbai Police and 11 Y-category CRPF security personnel would go back to jobs they were trained for. They had been on high alert for our version of 9/11 — the arrival of an actress from Himachal Pradesh on Wednesday, September 9.

After she marched back to her home state on the 14th, one wasn’t sure if the CRPF personnel would still be on filmland duty in Himachal but a new sigh of despondence went up when the Mumbai Police was once again diverted from Covid-19 and law-and-order responsibilities to provide “parameter security” in the area around the Juhu fortress(es) of Jaya Bachchan. Jaya spoke up for the film industry at the monsoon session in Parliament; the security was deployed around her already well-guarded bungalows in Mumbai.

What was all this distraction for? What did Jaya Bachchan say to spark off polarised debate and warrant protection for her family?

It’s ironical that Arnab Goswami was demanding night after night, “Where is Amitabh Bachchan? Where are Shah Rukh Khan and Salman Khan? Why aren’t they speaking up?” And when Jaya Bachchan did just that, he ranted, “How dare she?”

It’s equally quizzical that an entire industry has been relentlessly maligned without a shred of proof since June 14 — from dynastic and nepotistic to mafia dons and murderers, the people have been called every possible name with impunity, in the guise of freedom of speech. But the same FoE is not given to Amitabh, SRK or Salman to speak when they wish to or for Jaya to say what she wants to.

So much hinges on perspective. An intemperate anchor found Jaya Bachchan arrogant; I thought she embodied “enough is enough” exasperation.

And what was her “sin”? That she asked for the concerted defamation of her industry to be halted? That an entire world cannot be damned for the perceived, yet-to-be-proven misdemeanors of a few?

One hasn’t always agreed with Jaya. After tearing up at a rally for Nirbhaya, she found it politically expedient to stay silent when Mulayam Singh made that unforgivable “Boys will be boys” remark on rape or when Azam Khan was crude and sexist about his electoral rival Jaya Prada.

Ms Bachchan can also put off many with the admonishing finger she often wags at media personnel in a schoolmarmish, self-righteous manner. But what did any of this have to do with the outrage over a crisp, four-sentence reply Jaya gave the puritanical Ravi Kishen, who implored the government to sweep the drug mafia out of the film industry? Where did Jaya take up for the drug cartel?

On the contrary, when she was doing an interview with me for Reader’s Digest years ago, she despaired about an actor who “sniffed the stuff” backstage at a function in Amsterdam. It was an off-the-record remark but she was concerned about it. The indignation against her is illogical. All Jaya asked was for people to stop vilifying the industry. It wasn’t defence of the drug trade.

One is also not sure why the discourse has descended into a BJP vs Bollywood bout. Sambit Patra outraged that “Jayaji” spoke on the floor of “the temple of democracy”. So if she didn’t have the freedom to speak in the temple of democracy, where should she have spoken? In a TV studio of Patra’s choice?

PS: Senior actress Hema Malini has also spoken up in defence of her “beautiful industry” as she called it. Would the spokesperson like to take on “Hemaji” as well although she’s from his own party?