'Elvis': A cinematic celebration of the king of rock 'n' roll 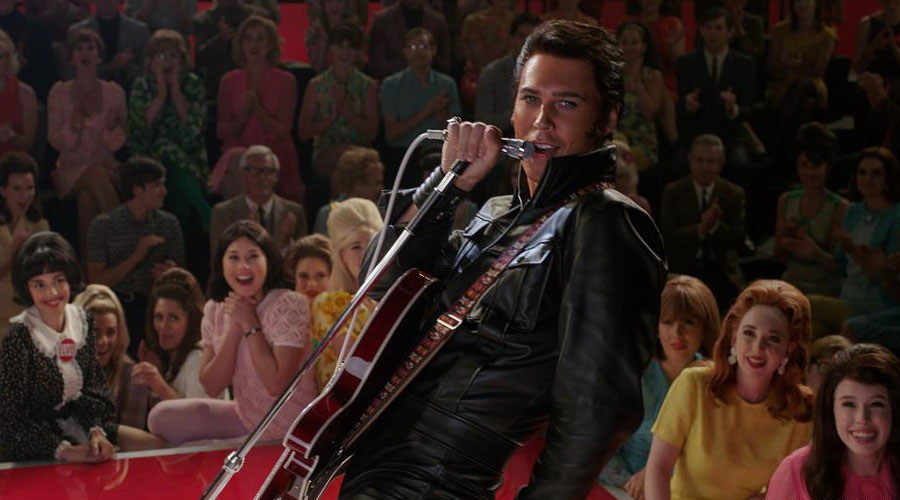 "Elvis," the filmic rendition of the life of the superstar singer, is the latest in a growing line biopics to recently grace the big screen, from the Freddie Mercury story told in "Bohemian Rhapsody" (2018) to the Aretha Franklin tribute, "Respect" (2021).

But "Elvis" perhaps stands out for the bold, fast-paced style employed by Australian director Baz Luhrmann — the film has echoes of his 1996 cult classic, "Romeo and Juliet," and the opulent musical "Moulin Rouge" (2001).

With the film in the works since 2014, and suffering delays during the pandemic after filming began in January 2020, it is finally arriving in cinemas worldwide including India.

It was worth the wait: "Elvis" got a 12-minute ovation when it premiered at the year's Cannes film festival.

Film magazine Screen Daily said it was "as lavish, passionate and overblown as one would expect from the maker of 'Moulin Rouge'!"

Why biopics rule the big screen?

The allure of biographical cinema might be that everyone knows the story and the protagonists are already legends. It is also a chance to bring a dead icon to life, such as classical composer Wolfgang Amadeus Mozart (1756-1791), the subject of the Milos Forman film "Amadeus" (1984), which won eight Oscars.

Since Mozart has been dead for a long time, there were no direct descendants who could have been offended by the representation of Mozart as crazy genius and clown.

That wasn't the case when "Walk the Line," based on the life of country music legend Johnny Cash, was released in 2005. The singer's daughter left the theater during the premiere because, she said, she was offended by the representation of her mother, Vivian Liberto, Cash's first wife.

Elvis Presley's ex-wife, Priscilla, and her daughter, Lisa-Marie, as well as granddaughter Riley Keough, are enthusiastic about the casting and the representation of the king of rock 'n' roll.

Lead actor Austin Butler doesn't exactly resemble Elvis. But the more one observes him in the film, the more the 30-year-old transforms into the singer he is impersonating.

Butler's Elvis is replete with the hip shake and defiant gaze of the rock 'n' roll upstart. He also relates as an ageing superstar with a drug and alcohol problem who struggles to revive his glory years.

Butler sang the songs himself, with Elvis' original voice only featuring later in the film for recordings by the older crooner.

Speaking on the "Tonight Show," Butler said playing Elvis was "the biggest responsibility I've ever felt: You feel such a responsibility to him, his family, to all the people around the world who love him so much."

Butler told host Jimmy Fallon that preparing for the role "felt like climbing Mount Everest." When he found out that, as he had, Elvis had lost his mother at 23, he found a way into the singer's humanity.

While on a visit to Graceland, the former residence of the King, Butler not only met Priscilla Presley, but also played on a Gibson guitar that had belonged to Elvis.

The birth of rock 'n' roll

Luhrmann concentrated, above all, on the relationship between Elvis and his mentor and manager, Tom Parker, played by Hanks.

Without the ambitious and greedy Parker, the film muses, there might never have been rock ‘n' roll.

The first key scene of the film shows Elvis, clad in a pink suit, standing on the stage. The audience in front of him sits silently. One person even makes fun of his hairstyle before the young Elvis sets the stage on fire. He sings the first note and moves his hips. The girls in the audience begin shouting hysterically.

To Parker, who is also part of the audience, Elvis' performance embodies a new energy and sense of rebellion. He watches the boy from Memphis, Tennessee and decides to make him a global star, the symbol of all that will make rock ‘n' roll special.

Critics have praised the almost-electric energy of the first half of the film, which is over two and a half hours long. The second half — the story of how Elvis falls apart following his fame, and his addiction to drugs — has been criticized by some for a lack of depth.