Director Eva Orner on what went into the making of Bikram: Yogi, Guru, Predator 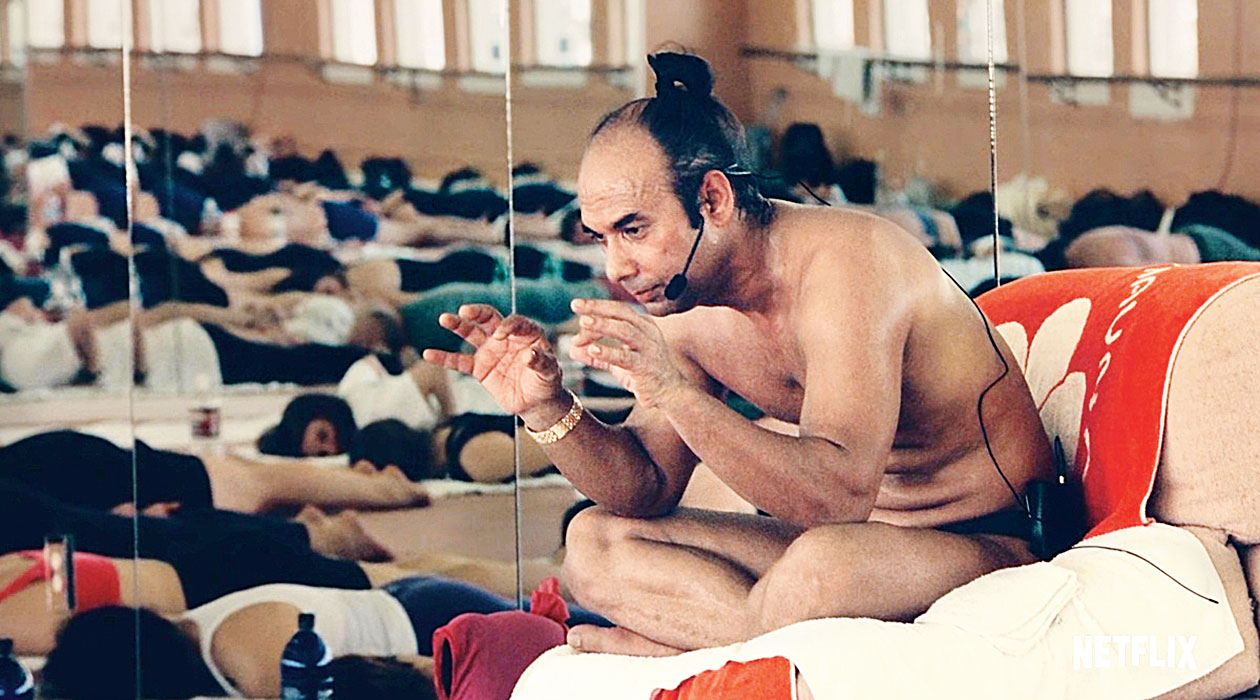 Oscar and Emmy-award winning filmmaker Eva Orner’s toil of several years has resulted in the 86-minute documentary film Bikram: Yogi, Guru, Predator. Currently streaming on Netflix, the documentary on yoga guru Bikram Choudhury’s serial assault on the women who signed up for his yoga classes, is an empathetic and hard-hitting watch, stripping off the ugly veil of a man revered by his followers. We chatted with Orner on the documentary that’s opened to positive reactions....

Congratulations for a well-researched and in-depth documentary that also manages to strike a chord. What made you want to tell this story to the world?

The idea for the film was brought to me by a development executive at a UK-based production company. She had seen a previous film of mine at the London Film Festival and wanted to work with me. I did some initial research and despite news coverage of the story over the years, I felt the story had never been told in its entirety. What made it interesting to me was that Bikram, despite everything, has got away with it. I felt it was relevant and worthy of making. And then during production #MeToo occurred which I thought made it even more relevant.

What were the biggest challenges of making this? It mustn’t have been an easy exercise, considering the sensitivity of the theme and the fact that Bikram, himself, wasn’t — and couldn’t really be made — a part of the documentary?

Gaining people’s trust was definitely a challenge. This story was explosive and had divided a community… so many people I approached were very suspicious of my motives. I was not from the Bikram world and they rightly asked me a lot of questions and took some convincing to speak with me and eventually trust me.

Another challenge was working with so much archive material. I knew the film would be heavy on archive as it occurs in the past.

Locating new and fresh material that hasn’t been seen before is time-consuming and requires creativity and commitment. You never give up looking for material. For example, we received a box of mini DV tapes four weeks before picture lock with footage that hadn’t been seen before. You never know what you will find.

Despite not being able to interview Bikram — he did not respond to repeated requests — I felt like we were able to build Bikram as a character in the film with archival footage and audio.

The documentary depicts him as a man of various shades — showman, a cult guru of sorts, a man who could even be funny at times, and most definitely, a predator. What were your impressions of Bikram when you started making this documentary and has that changed now?

I came into this documentary knowing the full story, so unfortunately, from the beginning, I was not a fan of the man. That was one of the biggest challenges for me. We needed to portray him in the first act of the film as his students saw him… charismatic, funny and a showman… and I think we achieved that. But I found it difficult as I see him very differently… as a fugitive, a liar and a fraud.

After interacting with the women who have called him out, how would you explain the paradoxical reactions that Bikram elicited from his followers — someone who was continuously using his position to abuse and yet was revered enough by his students to continue training under him?

I see it as a cult-like situation. Many of his students were beholden to him as he had cured them of an injury or disease, from addiction… or he controlled their careers and future earnings. So, he had power over them. This gave him a lot of leverage to behave badly. If people challenged him, they were out and left without a career and a community.

How significant is this documentary in a post #MeToo world?

I think what is interesting about this film in a #MeToo context is that it is a pre #MeToo story told in a post #MeToo world and the abuser got away with it. I think it is a cautionary tale and I hope things in the future will be different.

The documentary follows an interesting narrative technique of first setting up Bikram’s claims and then slowly peeling off the layers to expose his lies. What we would have definitely liked to see more was his India roots and his early years in Calcutta. Was there more that you uncovered about those days that you didn’t include in the documentary?

It’s virtually impossible to know the truth about Bikram’s early life in Calcutta as most of the stories he tells about his life we show in the film are not true. We let him tell his version of his story in the film and then we debunk a lot of it. There is a lot we will never know.

Has Bikram or his team reacted to the documentary yet?

I understand he is not happy about it.

On hindsight, is there anything you wish you could change or incorporate into the documentary?

There are always things you want to change after you finish a film but I’m going to keep those a secret!

The footage at the end — of Bikram carrying on with life as usual in Mexico — is a chilling reminder that yet again a predator has got away unscathed. Do you think he’s got away for good?

Only time will tell. He is a fugitive in the United States and will be arrested if he returns and I’m sure he has no plans to do so. It’s very difficult to extradite someone. So unfortunately, I think he may have got away with it. Hopefully, the film will have an impact on his life and encourage less people to participate in teacher training and attend Bikram yoga studios and that studios around the globe will change their names from ‘Bikram Yoga’ to more generic hot yoga names. That would be a start.

Bikram: Yogi, Guru, Predator is an interesting insight into the mind of a predator