‘Up until four weeks into shooting, I was still grappling with who she was as a person’ — The actor 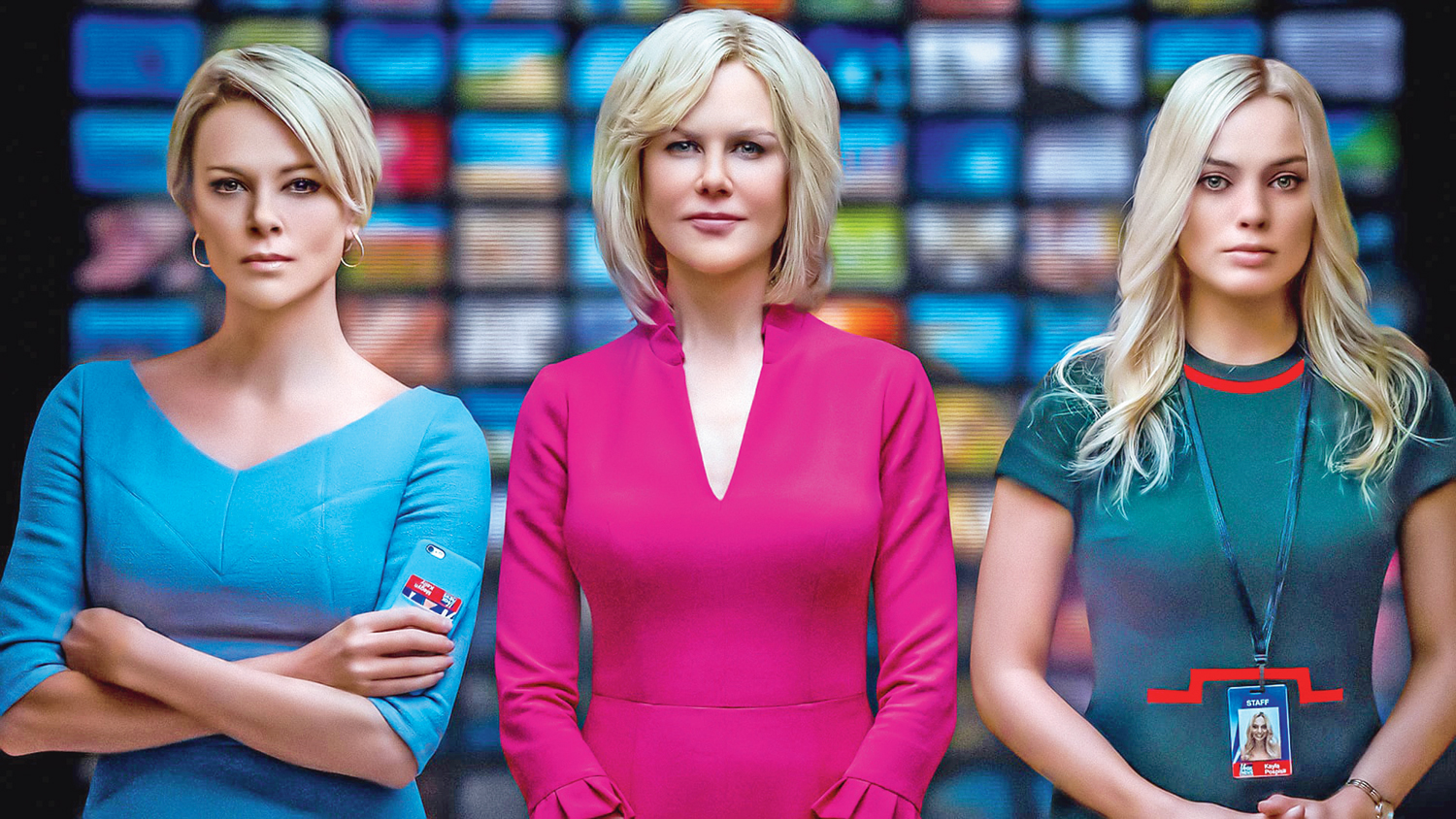 Charlize Theron knew it wouldn’t be easy to make Bombshell, a movie about sexual harassment at Fox News. After all, when it comes to plotlines, that one’s a tightrope.

Still, Theron didn’t expect that two weeks before the film was supposed to shoot, with A-listers Nicole Kidman and Margot Robbie set to star alongside her, Bombshell would nearly fall apart. “It felt like we had been going at top speed toward something risky, and then, all of a sudden, the floor was just dropping from underneath us,” Theron said.

As one of the producers, she had kept the budget to a lean $35 million, but Annapurna Pictures still pulled out of making Bombshell last fall, just months before the company released its pricey political comedy Vice, starring Christian Bale. “It’s a tough pill to swallow when you hear your financier wants to back out,” Theron said, “especially when it’s almost half the cost of something that they’ve already done with a man.”

Though Theron leapt into action to secure last-minute financing and a new distributor, she was still wrestling with private doubts about taking on the lead role of Megyn Kelly, the steely Fox News anchor whose accusations against the channel’s chief executive, Roger Ailes, helped topple him in 2016. Kelly remains a controversial figure with both the left and the right, and playing her would require the same sort of prosthestic-laden physical transformation that Theron had undergone for Aileen Wuornos, her Oscar-winning role in Monster.

But come on, this is Charlize Theron we’re talking about. Do you actually expect the woman behind Furiosa to shrink from a challenge? “Unless it’s something where I really feel like I’m going to go scare myself — like I’m standing on a ledge and if I fall, it might be brutal and not pretty at all — I don’t really w ant to do it anymore,” she said to me last month in West Hollywood. Here are edited excerpts from our conversation.

When you told friends that you’d be playing Megyn Kelly, how did they react?

It was definitely awkward. In a weird way, the judgment she gets from a lot of people, I felt on me a little bit. But up until four weeks into shooting, I was still grappling with who she was as a person, and it wasn’t until I really zeroed in on that year and a half of the story that I could actually defend her.

The film walks a fine line: Megyn is sympathetic when it comes to her sexual harassment, but Bombshell still includes some of her more controversial moments, like when she famously insisted on air that Santa Claus couldn’t be black.

There are things she has said that I’ve definitely had issues with, but it doesn’t invalidate how I feel about her struggle. Avoiding all of that stuff to get an emotional arc out of her character, I just didn’t want to be a part of that. By the way, if this was a movie about me — and I hope nobody ever does one — it would be filled with flaws and mistakes, and I wouldn’t want somebody to take those things away. I really do believe that what she and those women went through was messed up, even though they work for a network that I highly have issues with.

I would imagine that as the mother of two black children, you didn’t relish re-enacting her “Santa is white” segment.

[Emphatically] Thank you! Yeah, that was hard for me.

To play Megyn, you enlisted the Oscar-winning makeup artist Kazu Hiro, who transformed Gary Oldman into Winston Churchill. What else went into getting under her skin?

If I didn’t have Kazu, this would never have happened, but I just recently watched [footage] for a behind-the-scenes thing, and it was actually so off-putting because I’m in the prosthetics, but I’m not in character. I wasn’t doing this thing she does when she walks into a room, which I truly believe comes from years and years of having to prove herself.

What does she do when she walks in a room?

She leads with her jaw, and she has this very static, still posture that nothing can penetrate. It’s like, ‘I will not give you a physical read on me’. Even when she shares emotional stories, she protects herself at all times, but I am a true believer that strong behaviour in characters comes from an emotional need.

For instance, with Aileen Wuornos (in Monster), her eyes were so wide and her jaw was always so tight, and when I did that for the first week of shooting, I just looked like a crazy person until I realised that behaviour came from the fact that she was 5ft2 and had been homeless from the time she was 13. You’d pump yourself up like that because you were trying to tell the other guy, ‘Don’t mess with me. I’m bigger than you think I am’.

So what did you determine that Megyn’s emotional need was in the story?

During that year-and-a-half, she faced an incredible moral dilemma: She really liked Roger (Ailes, played by John Lithgow), and she gives him credit for her career and where she ended up. She’s also a very driven woman who didn’t want to be defined by [accusations of sexual harassment], and that’s unfortunately a big thing for a lot of women, where you don’t want the world to look at you like you’re a victim. Even a year or two after that experience, I saw Megyn speak at women’s forums, and the way she talked about it was in this really protective manner. Her defenses come up even higher, and she becomes more lawyerly and journalistic about it.

So as not to be portrayed as a victim?

Yeah. I think that’s just how she copes with her pain. Maybe she does it differently in private — I don’t know about that. But that was hard for us because when you make a movie, you want to have those moments where you can break a character down and just have her be raw, and there was nothing that gave me enough evidence that it was the right thing to do with her.

So how do you find another way to indicate those emotional undercurrents?

There’s this moment where the lawyer at her deposition asks her, “Any long-term consequences?” It was the closest to an emotional break that I could get because of the stupidity behind a question like that. I mean, where do you even begin? In one of the takes, when the actor said that line, I felt something break, and I didn’t answer the question. I’m so grateful that [the director] ended up using that moment.

In a key scene, we watch Roger Ailes (John Lithgow) coerce a low-level Fox News employee (Margot Robbie) to hike up her dress. As a producer, how do you portray a moment like that without exploiting Robbie herself?

My concern was making sure she was comfortable in the underwear she was wearing. All three of us — Nicole, Margot and I — have been nude in movies where it’s not about the nudity. I’ve also been nude in scenes where I felt incredibly empowered, which is not what you would imagine.

What the scene in Bombshell was more about, and what made this brutal to watch on the day, was the fact that you had Roger Ailes dictating how this was going to go and she didn’t have a say. It’s the belittling factor: ‘I am going to get you to do something that I know you’re incredibly uncomfortable with’. I think it’s having to placate his power that makes it almost unbearable to watch, way more than if he physically raped her in that scene.

Watching this has been eye-opening to a lot of people. Men, especially, go, ‘I had no idea women had to do things like that’. It’s humbling that you can create that kind of moment, because a lot of times you know people are going to say, ‘This is a woman’s movie, and men will not tap into this at all’. When men can emotionally engage with what we experience and be just as disturbed by it, it’s a powerful thing.

The film made me think of the actresses that Harvey Weinstein is alleged to have harassed, like Ashley Judd and Mira Sorvino, and how he would marginalize them or pit other women against each other to maintain a system where he could stay on top.

Yeah, and he did that to everybody. Pitting women against each other? He was really, really good at that. There was a lot of, like, ‘Well, I’m talking to Gwyneth [Paltrow] for this movie …’ One of his lines was that Renee [Zellweger] and I slept with him to get jobs. There was no limit to him. Even in the sexual favours, he would still pit us against each other.

Bombshell is a movie about women, but some viewers may be surprised that it was still written by a man (Charles Randolph) and directed by one, too (Jay Roach).

Well, the easiest response I can come up with is a woman didn’t decide to tell the story. If this was an article that I bought for my production company, I think my first instinct would be to go to a woman, but I didn’t pick the writer. The writer picked the story and did all the work on his own.

But this is such a great example of how we should not compartmentalise these stories to just one particular sex being able to tell it. I want to see more opportunity for female writers and filmmakers, but I also think that it’s a mistake to isolate men completely from that process. When you find the right man to tell that story, there’s real value in that.

Listen, we should always question this stuff, and I’m totally open to the conversation around it, but if I had to do it all over again, I would do it exactly the same way. The men in my life are incredibly compassionate and ask questions about things in a way that is inspiring to me. Why would I eliminate that interest?