Advertisement
Home / Entertainment / The year that was

The year that was

At year-end, Karan Johar was saddled with three mammoth-budget setbacks, all of it sourced to the pandemic 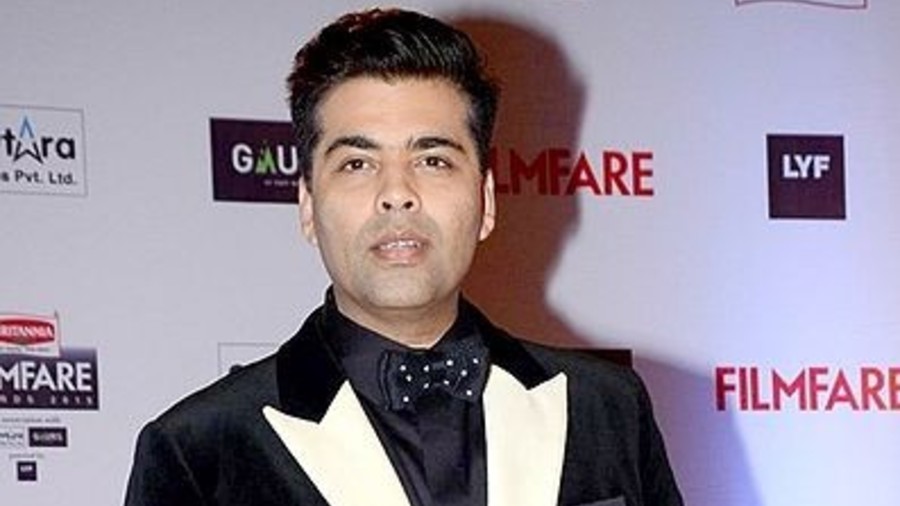 Biceps-n-bravery won over frailty-n-feminism when Ajay Devgn defied the January jinx and Tanhaji: The Unsung Warrior thundered at the box office. Netting over Rs 260 crore, it was not only one of Ajay’s biggest hits thus far, but also ended up being the highest grosser of 2020. Additionally, Tanhaji proved untrue the fear that perhaps Hindi cinema had overdosed on Maratha warfare since Ashutosh Gowariker’s big-scale Panipat had fallen on the battlefield just a month ago.

On January 10, 2020, the same day that Tanhaji arrived, a bigger red carpet was rolled out for Deepika Padukone and Meghna Gulzar as Chhapaak, the story of an acid attack survivor, made an entry. But it was the first of a trilogy of feminist-flops as Kangana Ranaut’s Panga fell on January 24 and Taapsee Pannu’s Thappad on February 28. With Vidya Balan’s Shakuntala also fetching a feeble response, it wasn’t a particularly rousing year for feature films top-lined by the biggest actresses of the day. In comparison, Janhvi Kapoor, relatively a rookie, soared with Karan Johar’s Gunjan Saxena.

Unfortunately, the Good Newwz of December 2019 did not spill over into 2020 for Karan in most other ways. At year-end, he was saddled with three mammoth-budget setbacks, all of it sourced only to the pandemic that threw the world out of gear. He was unable to release the Rs 135 crore Sooryavanshi, the Rohit Shetty triple-decker starring Akshay Kumar, Ajay Devgn and Ranveer Singh. The producers had looked at Christmas as a possibility but looking at the puny audience in the theatres, Sooryavanshi awaits healthier times in 2021. Meanwhile, his Takht, which would have been shot all through 2020, had to go into cold storage after several crores were put into it on pre-shooting work and expensive recces in Europe. Brahmastra, his three-part film with Ranbir Kapoor and Alia Bhatt, also took a financial hit. Fortunately, Karan’s hefty brand value continues to be the gold standard and his banner seems to have turned the corner. His Jug Jug Jeeyo, the Varun Dhawan film that marks the return of Neetu Kapoor and had a hiccup when both actors tested positive for Covid-19, is back on track. Neetu, the real braveheart of the year, has completed all her work in it.

This brings us to the many despairing deaths of the year that spared no age group or region. Irrfan Khan, Rishi Kapoor, Saroj Khan, Sushant Singh Rajput, Soumitra Chatterjee, S.P. Balasubramaniam — it’s a despondent list.

The one cheer was that OTT, the alternate entertainment to the big screen, made lockdowns and long hours at home bearable. But when celebrities like Akshay Kumar and Sanjay Dutt tripped on the shrunken screen and less saleable names like Pankaj Tripathi, Kay Kay Menon and Manoj Bajpayee engaged viewers, it also threw up the question — is it the end of big stars and trips to the theatre?

The answer is no, if you go by the hectic filming that’s going on everywhere.

Ajay Devgn ended the year by quietly shifting base, temporarily of course, to Hyderabad. His 150-strong unit goes through Covid tests every 48 hours in the studio. It is not a reflection on the premises but a statement on how awareness and precautionary measures have shot up when one recalls it was in Hyderabad that S.P. Balasubramaniam last shot for his musical TV show before he succumbed to Covid-related complications. Avoiding hotels, however sanitised, Ajay rented a bungalow for himself, and after shooting in the studio, he heads to his “safe house”. He’ll ring in 2021 there.

Inside the studio, a cockpit has been erected as a set. It sparks off the whisper that an up-in-the-air thriller is in the making. Ajay produces, directs and acts in this project titled Mayday, scheduled for a theatrical release in April 2022.

After the anguish of 2020, fingers crossed that Mayday will not be the distress call of the spanking New Year.