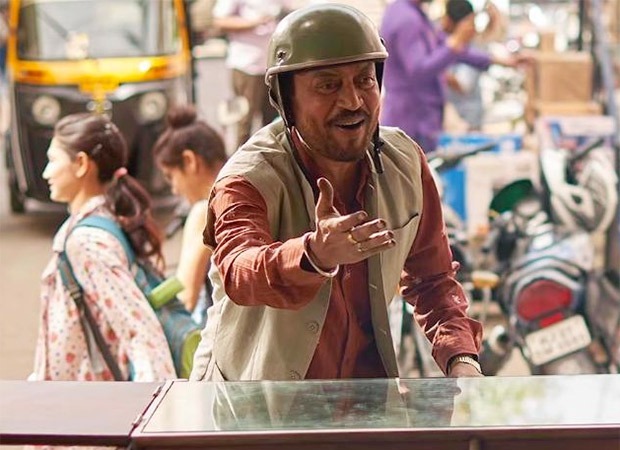 Irrfan Khan is back where he belongs — in films — but the Angrezi Medium star is taking things slow.

The actor has been away from movies since the release of Karwaan in 2018, the same year he was diagnosed with a neuroendocrine tumour. The 53-year-old underwent treatment for the “rare disease” in the UK and briefly visited India to film Angrezi Medium in April last year.

Taking things slow, Irrfan said: “I won’t jump but I will stroll.”

Through social media, he informed his fans in advance about his absence during the promotions of the film in future, also asking them to “wait” for his return.

Speaking over email, the actor said he is moved by the unending love and support that he has received.

“Blessings and adversity go hand-in-hand, I had heard, and I experienced it when it happened to me. The wishes from all over give you the feeling as if you are walking in the rain and you are not carrying any change of clothes and someone you don’t even know takes you inside his umbrella just like that,” he said.

In his over three-decade-long career, Irrfan has established himself as a powerhouse performer in India and Hollywood with Haasil, Maqbool, Paan Singh Tomar, The Namesake and Life of Pi to just name a few.

In the past two years, he has been learning more about his family — producer wife Sutapa, sons Babil and Ayaan — and most importantly, himself. “I would much rather be busy decoding these surprises of life,” he said.

2017’s Hindi Medium turned out to be a huge hit and getting back into the groove for its sequel, Angrezi Medium, wasn’t initially easy for the actor who was returning to a film set after more than a year.

“It wasn’t easy as far as the externals are concerned. I hadn’t spoken Marwari for long though I am from Rajasthan. Day One was... What was it like... How do you explain? It was an inexplicable feeling. I forgot the craft and I was all heart whether it has worked or not, you’ll need to say,” he recalled.

In the movie directed by Homi Adajania and produced by Maddock Films, Irrfan plays a sweet-shop owner in Udaipur, who makes desperate attempts to fulfil his daughter’s dream of studying in a London college. Off-screen too, the actor said, he can go to any lengths for his children, but he wouldn’t fight their fight for them.

“Emotionally, I can go for my kids to any length but won’t run for them as it’s their race,” he said.