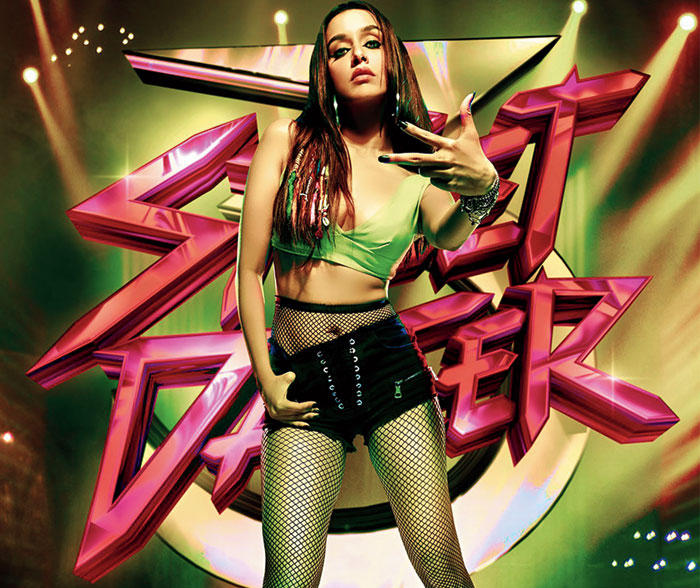 The first thing I noticed when I sat down to interview Shraddha Kapoor recently was a box of jalebis on the table in front of the petite actress. As she offered me one, the Street Dancer 3D actress shared, “I love jalebis. And my mom brings them home once a week. So I just brought them with me. I started my day eating them and now that I have a few left, I’m offering them to whoever would like some.” So, we ate some crisp jalebis and talked about her love for dancing and romancing Varun Dhawan on screen.

In a couple of weeks, you complete 10 years in the business...

Next month, yeah. I can’t believe it, talk about time flying. I think this feels like that. I don’t know how that’s supposed to make me feel. It’s amazing how this time has just gone by and it’s been so beautiful and amazing.

The first couple of years were a little hard on you. What do you remember of those years?

I think the first couple of years for sure, and also that spell when certain films weren’t doing well at the box office. It’s really been like a roller coaster, but the low phase that hit me the hardest was the one at the start. You have your hopes up for your first films and then they don’t do well. But it was such a blessing in disguise. Had that not happened, so many other things would not have been put into perspective for me. It helped me with where my focus actually needs to be... it can’t be attached to a film doing well or not. You can’t start thinking that everything is over because a film hasn’t done well. Or that you’re set for life because a film has done well. It made me realise that the only thing that’s in my hands is how good I can be and the kind of work I do. So I focused on that more than anything else.

You had to make a choice between this film and the biopic on badminton champ Saina Nehwal. That must have been incredibly hard because you prepped so much for that one...

I did, and it was really hard. But I just couldn’t say no to Remo Sir (D’Souza, the director of Street Dancer 3D) because he had given me a film like ABCD 2, and the dates were clashing. It was a decision that came from the heart. A director who had given me a very memorable film was calling me and I needed to be there for him.

Did you have a chat with Parineeti Chopra when she was signed on for Saina?

Did you wanting to be a part of Street Dancer 3D have anything to do with what the film and the character required of you?

I just had a feeling that he wouldn’t be calling me if the role wasn’t a step up from the previous one. That’s what it is and I knew he’d make sure he gets it out of me again and in a bigger way this time. That faith was there for sure. There’s a certain kind of appreciation that came out in ABCD 2 for the dancing and I got a lot of love for the song Sun saathiya. He knew that we had to cross that. There were so many times during the film where I asked him if I’d manage to do it and he had more faith in me than I did in myself when it came to dancing.

You spoke early in your career that before acting, it was dance that you fell in love with...

In a way, I think so. My brother (Siddhanth Kapoor) and I, while growing up, loved dancing and would dance in front of the mirror. My mum would put a hidden camera in the room and so we have footage of us dancing to all these amazing ’90s songs. So, dance has been a love for both me and my brother. I learnt a little bit formally. My mother enrolled me for classes with Shiamak Davar and Ashley Lobo.

Have you discovered a dance form that you love performing and anything that doesn’t come easily for you?

On this film, I realised what I love to do. It’s robotics, popping and locking. So, I love that style and it’s just so much fun. And new-school is hard. You have to catch every minute beat of a song and that’s hard. But it looks outstanding. Everyone’s jaw drops when someone’s doing new-school.

You got injured quite a bit on this film, didn’t you?

It required so much prep that I was just dancing through injuries. My ankles and shins were busted, my neck and shoulders were busted. We had a physio on set for all of us all day because it was just hard. One day, Remo Sir decided that my character needed a dramatic moment for her intro in the film. He was discussing it with the choreographers, Rahul and Kruti, and goes, ‘Should we throw her off a car?!’ (Laughs) And I was right there! I asked if there would be a harness and the choreographers go, ‘She’ll manage’. I even have a making-of video where they’re teaching me how they’re going to fling me over a car and catch me on the other side. And they decided this on the day of the shoot.

Before ABCD 2, you had spoken about how weird it was to be romancing Varun Dhawan on screen because you’ve known each other since you were kids. Did it get easier with this one?

Yeah. It’s a completely new story with completely new characters. What’s interesting is that our dynamic has changed. In ABCD 2, we were on the same team. In this, we’re against each other. I have my own team, he has his and I’m super possessive about my team, we’re arrogant about the way we dance, we’re the best and we own it. So it was super exciting to have that kind of friction. Sometimes, when you hate someone, there’s an undercurrent of attraction of sorts. That is sort of there in this film. And it wasn’t that hard to be against him because we were completely in character.