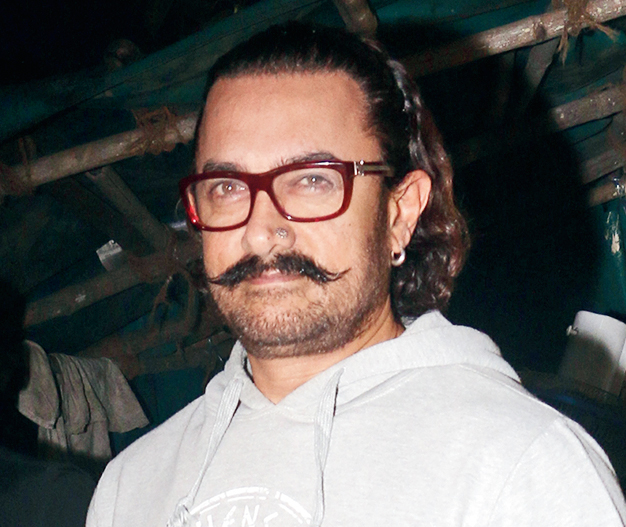 Opening day collection on Thursday: a historic Rs 50 crore. Fourth day, an equally historic slide to Rs 5 crore (10 per cent of the opening amount). On Monday, a paltry figure of Rs 4 crore and still nosediving.

Perhaps the biggest takeaway from the disastrous performance of Thugs Of Hindostan is that Aamir Khan should learn not to take the opening weekend collections for granted. Of course, Yash Raj Films too, but Aditya Chopra has seen miserable figures when his Befikre (2016) slumped without a take-off that too starring a Ranveer Singh whose popularity was soaring after his previous release Bajirao Mastani (2015).

For Aamir, who had built himself the reputation of being the most script-savvy actor of the day, the man who could never go wrong, it should be an ego-buster. Especially after he had boasted to a TV anchor that even a bad film of his would fetch at least Rs 250 crore. Unfortunately, many in the trade too supported the theory and made predictions that however poor the general reaction might be, Rs 300 crore was guaranteed for Thugs Of Hindostan.

Everybody is singing a new tune today, appending “But who could’ve thought Aamir would go so wrong?” Complacence just got thrashed.

The rejection of Thugs is not really about Aamir participating in such a failure. He’s human, bound to err once in a while. It doesn’t take away from his filmmaking skills or his nose for a substantial script. Nor does it downsize him as an actor. One, Thugs isn’t going change his commercial standing or the well-earned respectability of decades.

It’s about being cocky about the audience. Actors like Salman and Aamir had begun to believe that however reject-worthy a film, they’d always romp home with blockbuster profits collected over the first weekend. They did it too with Salman’s formula of not showing his film before its release when Prem Rattan Dhan Payo opened to a fantastic Rs 40 crore, picked up over Rs 100 crore over the weekend and crashed to Rs 13 crore by the fifth day. But over the years, with Tubelight and Race 3 denting even time-tested loyalty, the taking-for-granted swagger has been somewhat halted. Salman has had to accept that a movie has to be a universally appealing Bajrangi Bhaijaan or a commercially well-calibrated Tiger Zinda Hai for the audience to give him the bumper pickings he has got used to.

So, has Aamir also learnt a lesson? One isn’t sure, for the profits already earned by Thugs suggests that all of them are smug over the bottomline, as if that’s all that matters. The figures are as follows. Cost including promotions: Rs 250 crore (downscaled from the Rs 300 crore claimed earlier). Recovery from satellite and digital rights: Rs 150 crore (too heavy a price but signed before release). So the film needed to make only Rs 100 crore to break even, which it has. In fact, a net of Rs 135 crore would be a reliable figure for its first week collections.

Therefore, YRF is safe, so is Aamir, who always has a percentage stake in the profits. Additionally, they’ve got Rs 50 crore as (unreturnable) minimum guarantee (MG) advance from China, where Aamir’s Dangal and Secret Superstar did trendsetting business. So, even while the rest of the world calls Thugs a failure, the bulge in the pockets of YRF and Aamir has only got fatter.

With reference to China, it was Aamir who changed the dynamics of the market there, which began to look at Indian films, particularly Hindi, with new respect. It was because of his unbeatable record that China offered an advance on MG. One hears there’s been an interesting offer for Zoya Akhtar’s Ranveer-Alia musical, Gully Boy, too. However, will the Chinese do a rethink on their blind faith after the way Thugs has turned out?

The blow to his infallible reputation is what Aamir has to address and not the overall bottomline. After all, a theatrical collection of Rs 140 crore on a Rs 250 crore investment does not call for celebration.